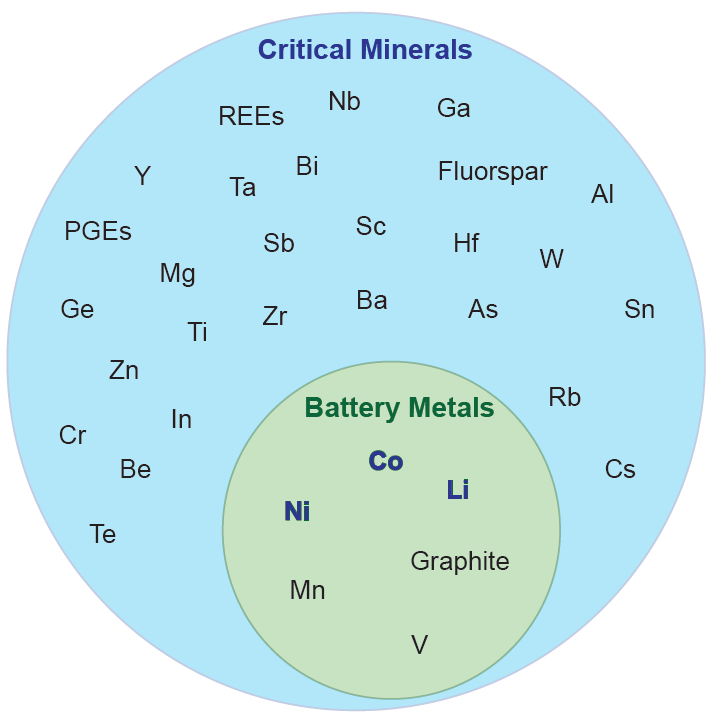 Anyone who has been paying attention to the mining industry over the past few years will have noticed a shift in the language around commodities. Gone are the simple days of precious versus base metals (with a few bulk commodities thrown in). In the modern market conversation, commodity groups now run the gamut from critical minerals and battery metals to specialty metals, future minerals, energy metals, green metals, and beyond. This complexity of language comes from the realization that modern economies and a shift to carbon neutral energy production are dependent on high-tech devices and new battery technology, which require a wider variety of materials than at any other point in history.

What about battery metals?

One of the most commonly discussed subgroups of critical minerals are the battery metals, referring to the mineral commodities used in the production of batteries for everything from electric vehicles to renewable energy storage. Battery metals and critical minerals have always had a significant overlap, and in the 2021 critical mineral list update all the commonly cited battery metals (lithium [Li], cobalt [Co], graphite [C], and manganese [Mn]) are now considered critical minerals. Is there any point to singling out the battery metals? Yes! Just because a mineral commodity is considered critical does not mean there is potential for substantial market expansion. Beryllium, for example, is a critical mineral essential to aerospace and defense, but demand is projected to continue at current rates. Battery metals, however, are expected to go through substantial market growth in the near future given the focus on shifting to a carbon neutral economy, and this demand has and will continue to have major impacts on allocation of exploration and development expenditure.

Do critical minerals have any blindspots? 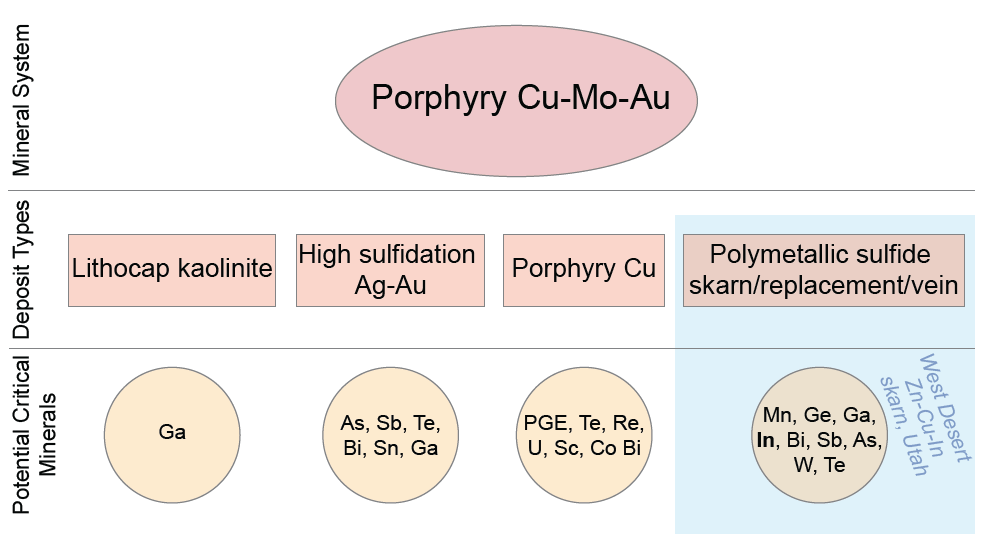 How do we explore for critical minerals? 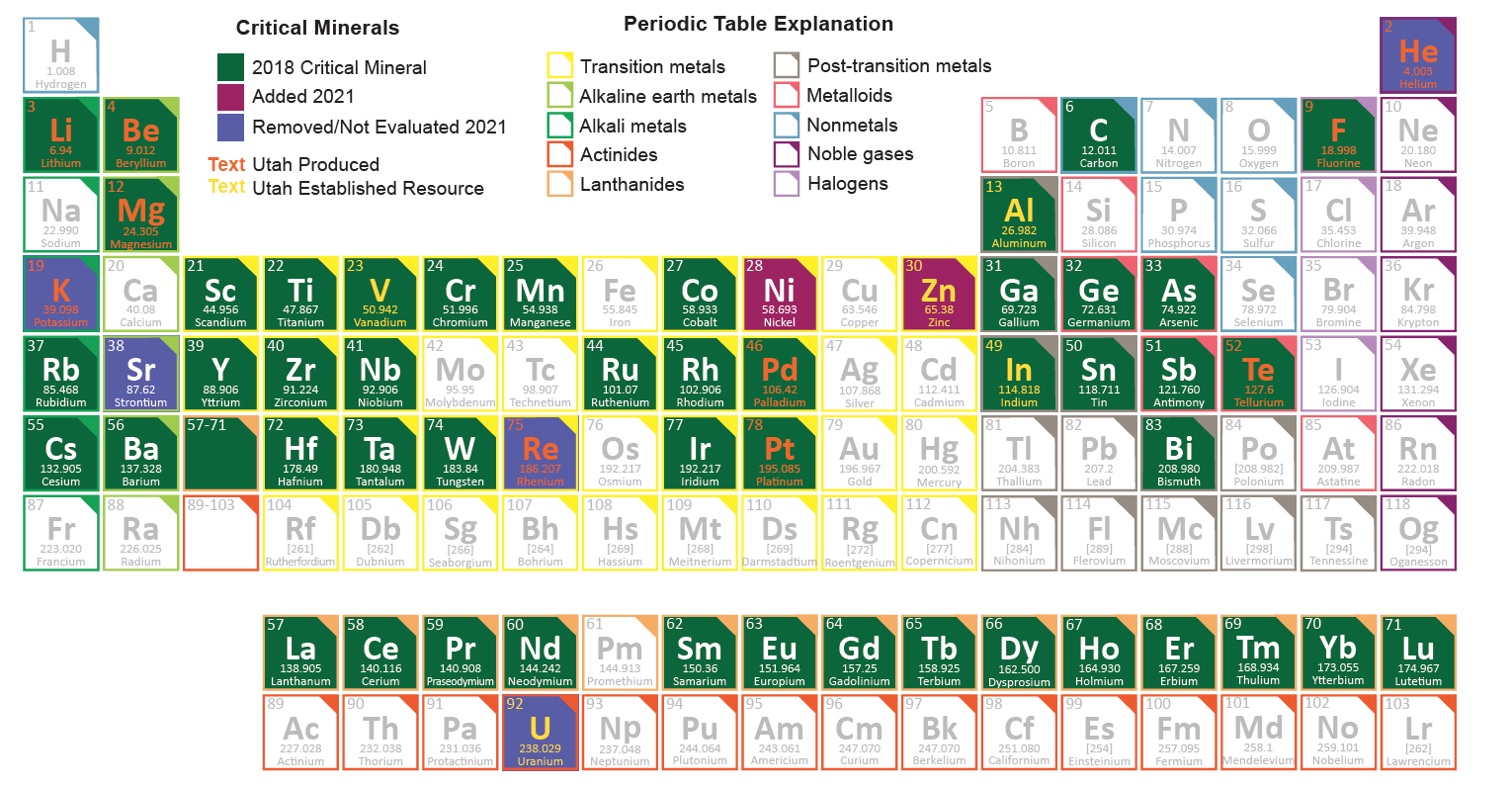 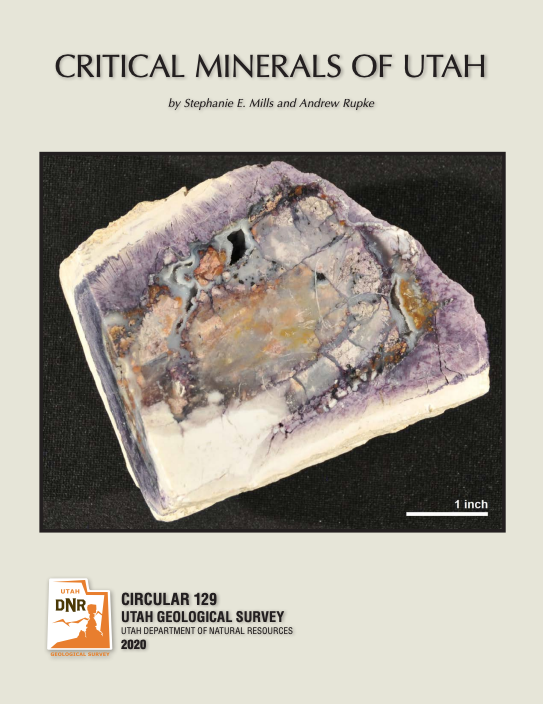 The UGS and critical minerals

As the minerals landscape evolves, the Utah Geological Survey (UGS) remains at the forefront of understanding emerging and traditional commodity trends. The UGS has been leading the way with understanding Utah’s critical mineral landscape and published a summary of knowledge to date in 2020 (Critical Minerals of Utah, UGS Circular 129). Currently the UGS is carrying out a mapping and critical mineral assessment of the Gold Hill mining district, and a critical mineral web map will be available later this year. As always, look for updates on projects and publications at geology.utah.gov.