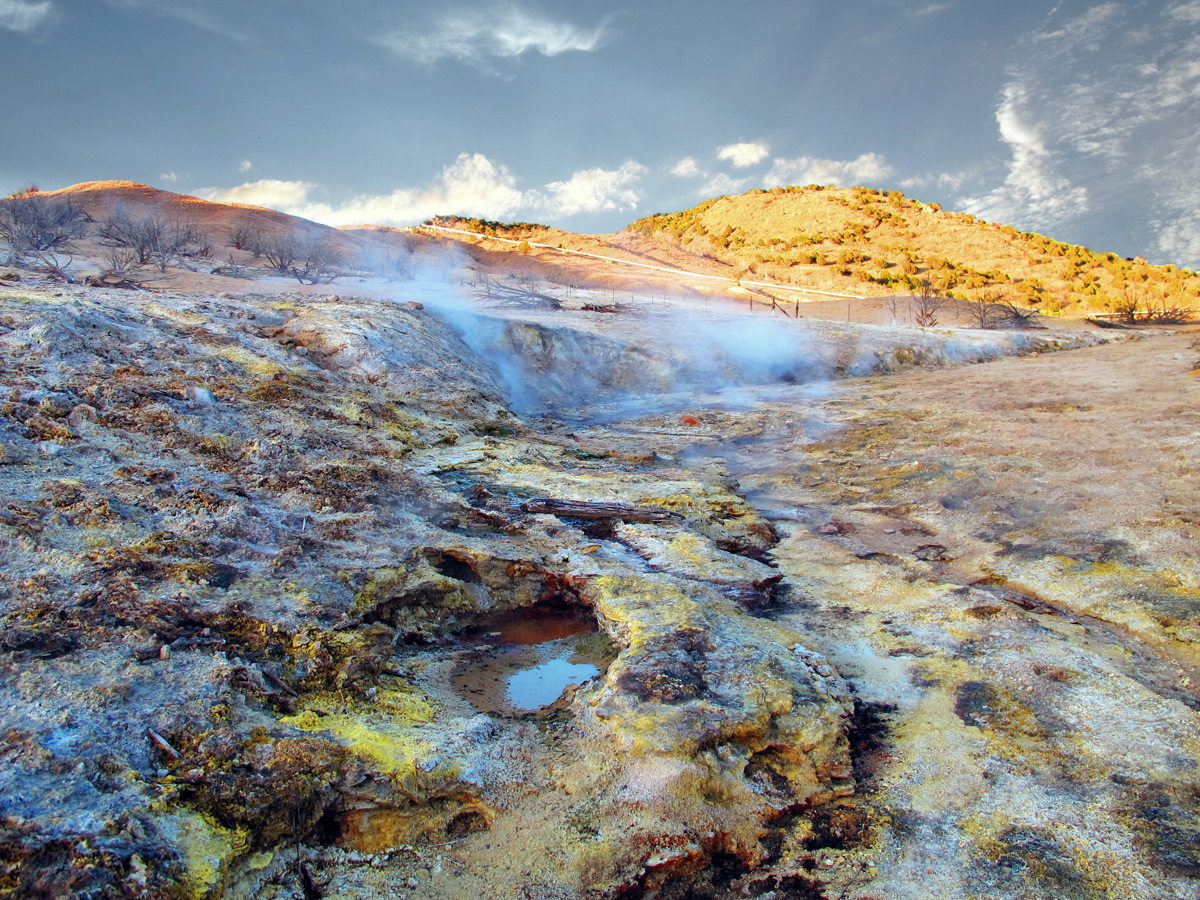 Area 3. Bubbling pools and hissing steam vents are often vibrantly colored by yellow sulfur crystals and various colors of bacteria and algae. This area, named Negro Mag Wash on topographic maps, is thought to be the former location of “Negro” Mag’s brothel (as stated in A History of Beaver County by Martha Sonntag Bradley, 1999). 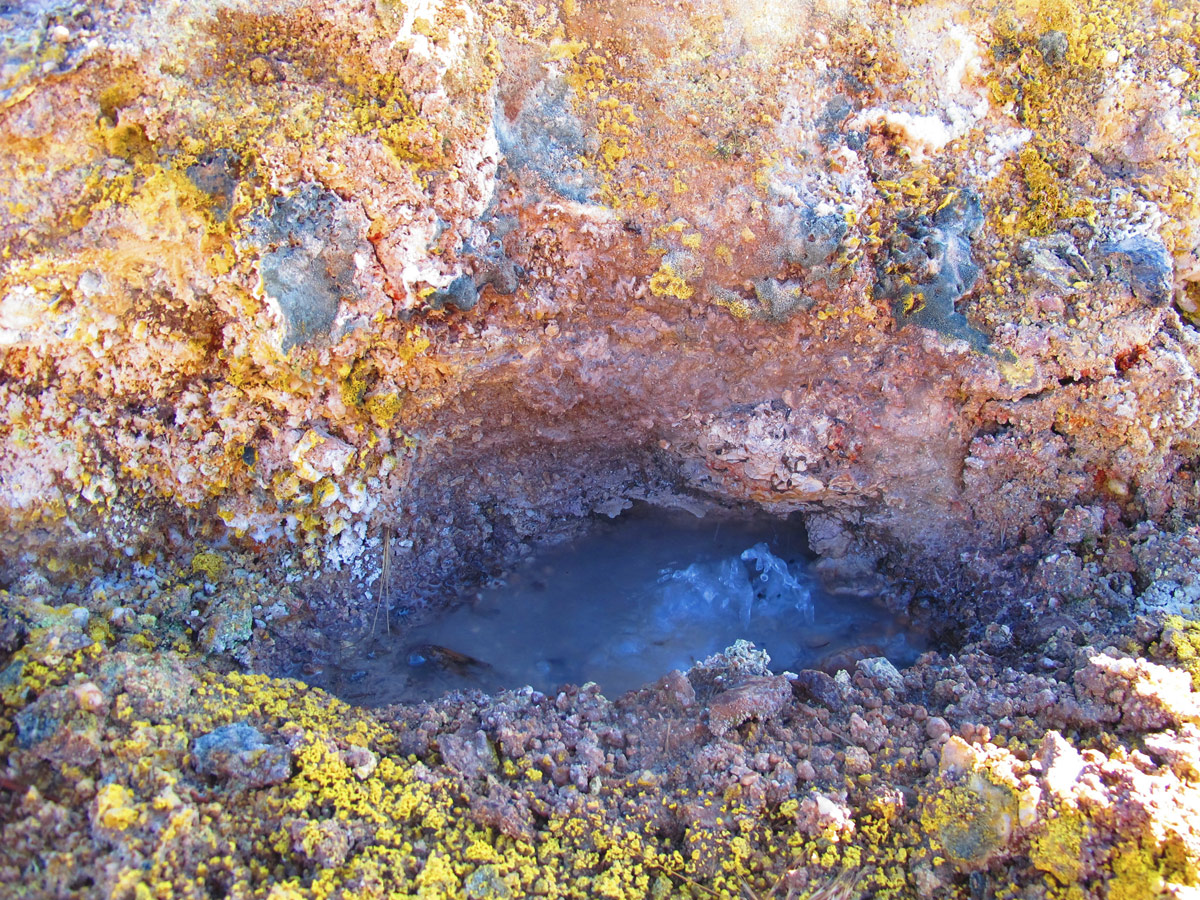 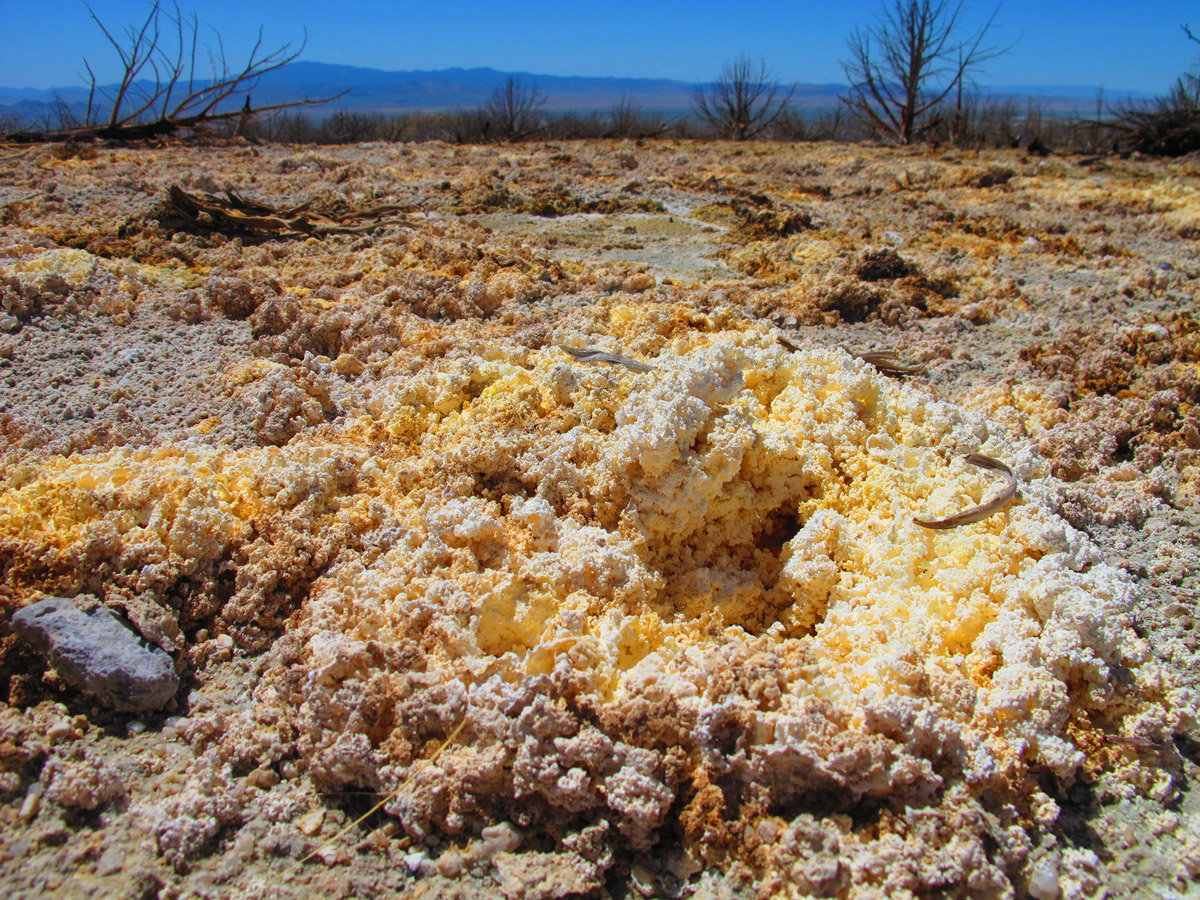 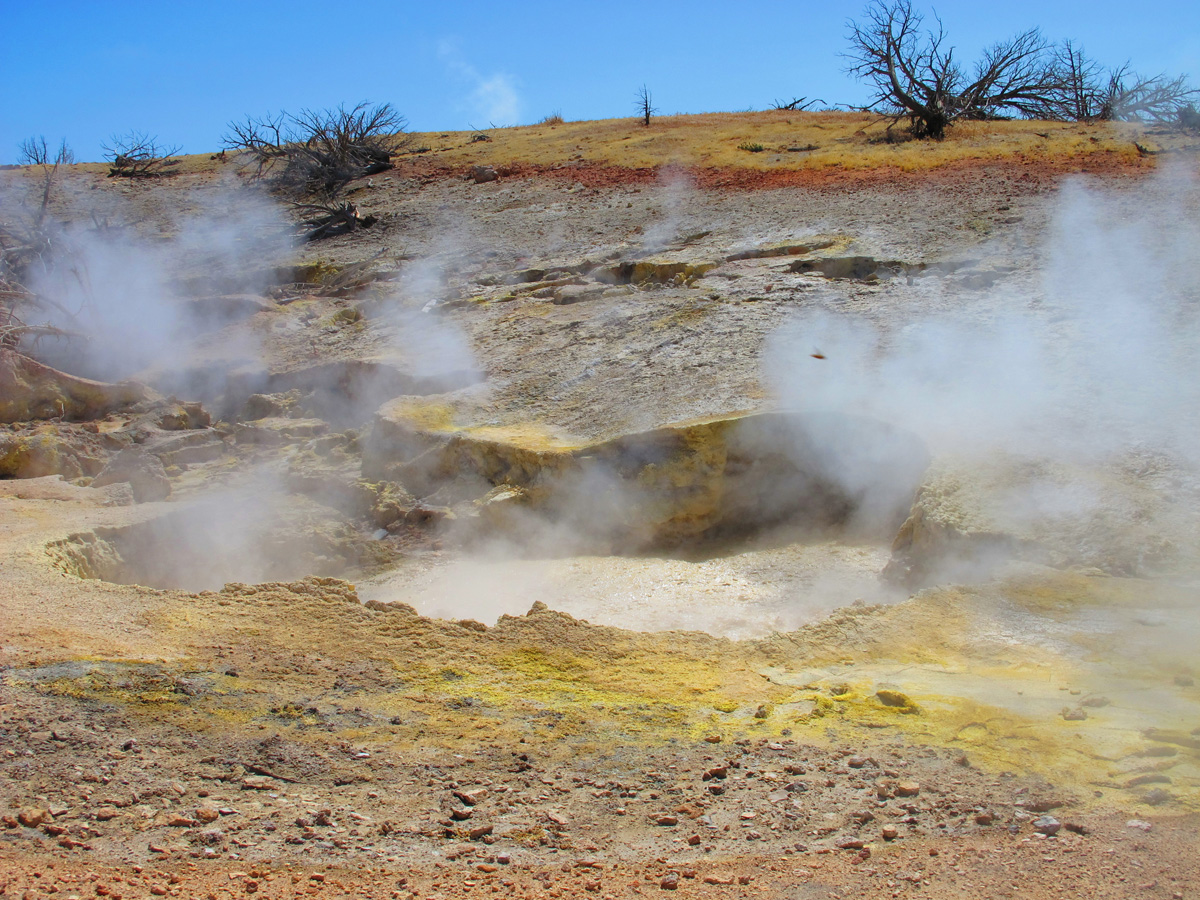 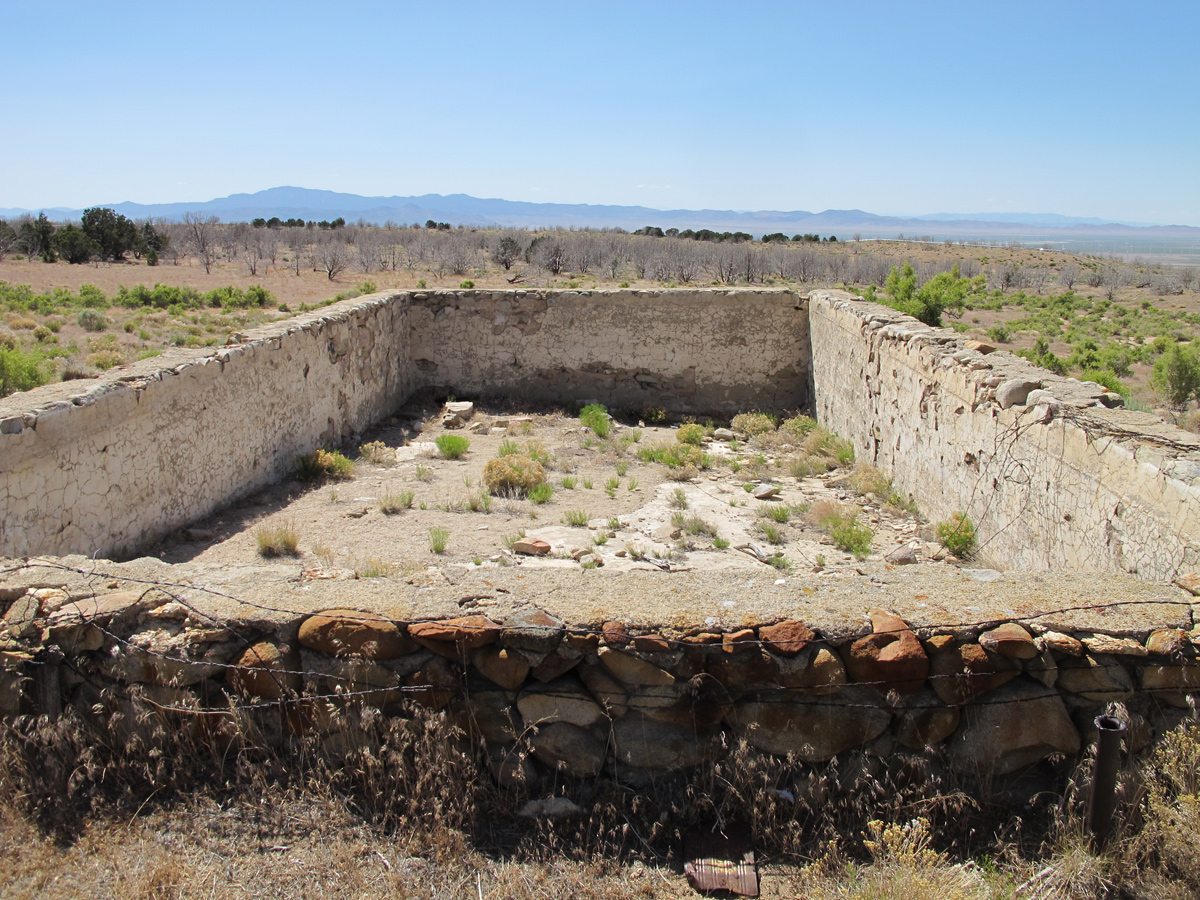 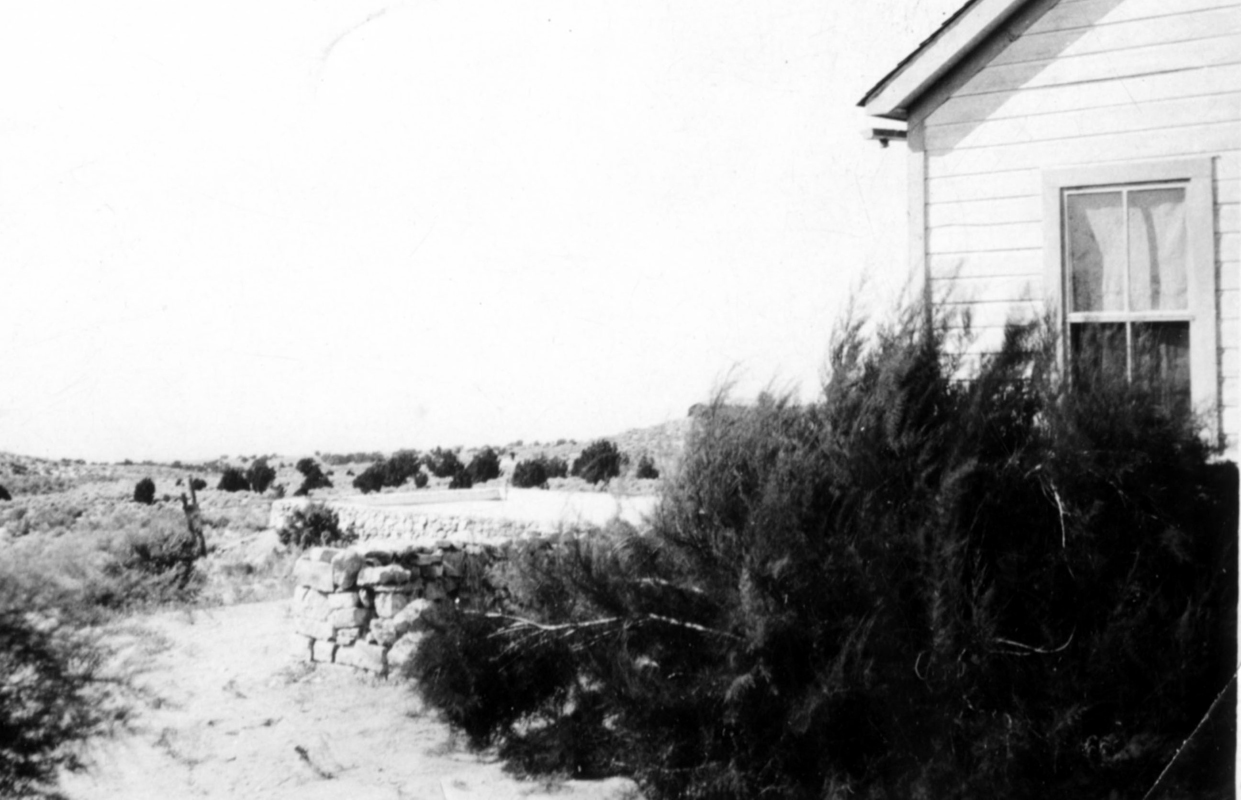 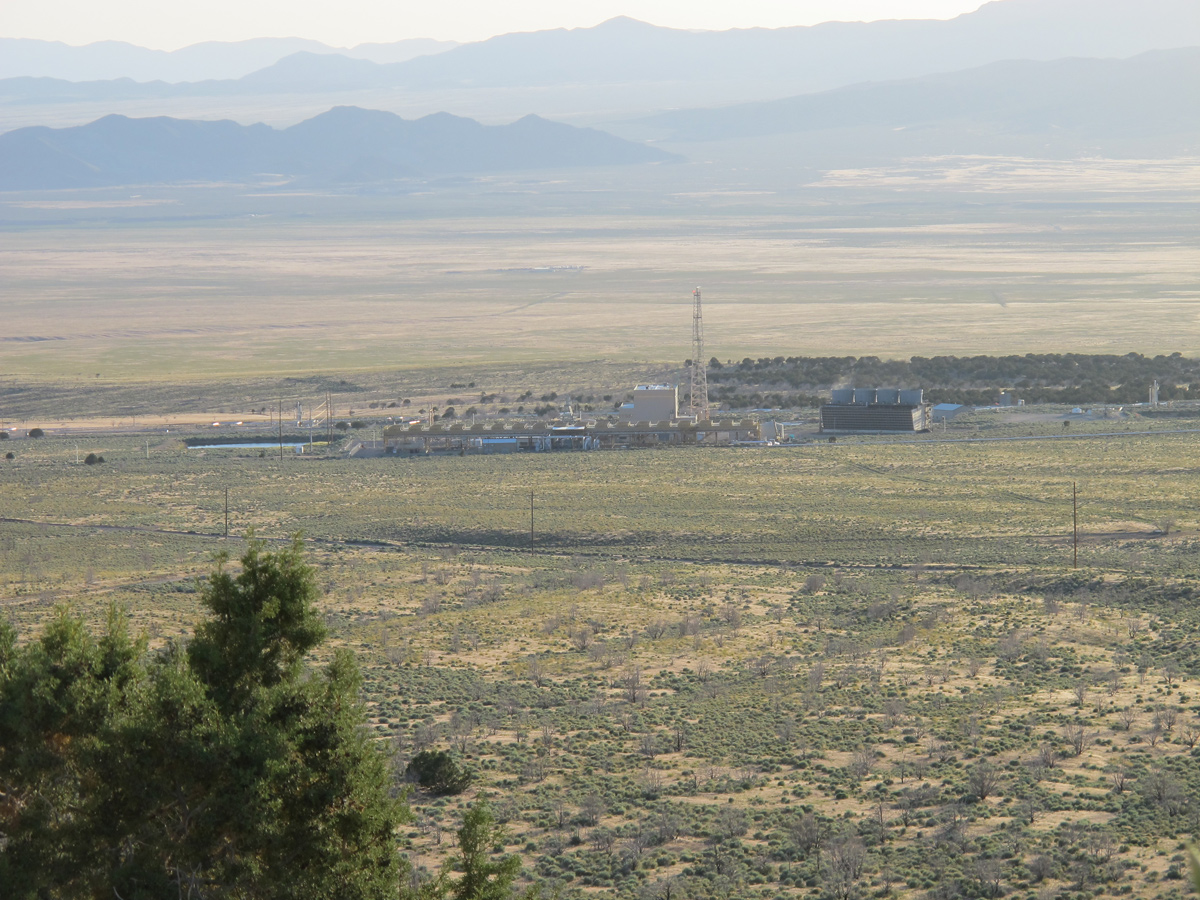 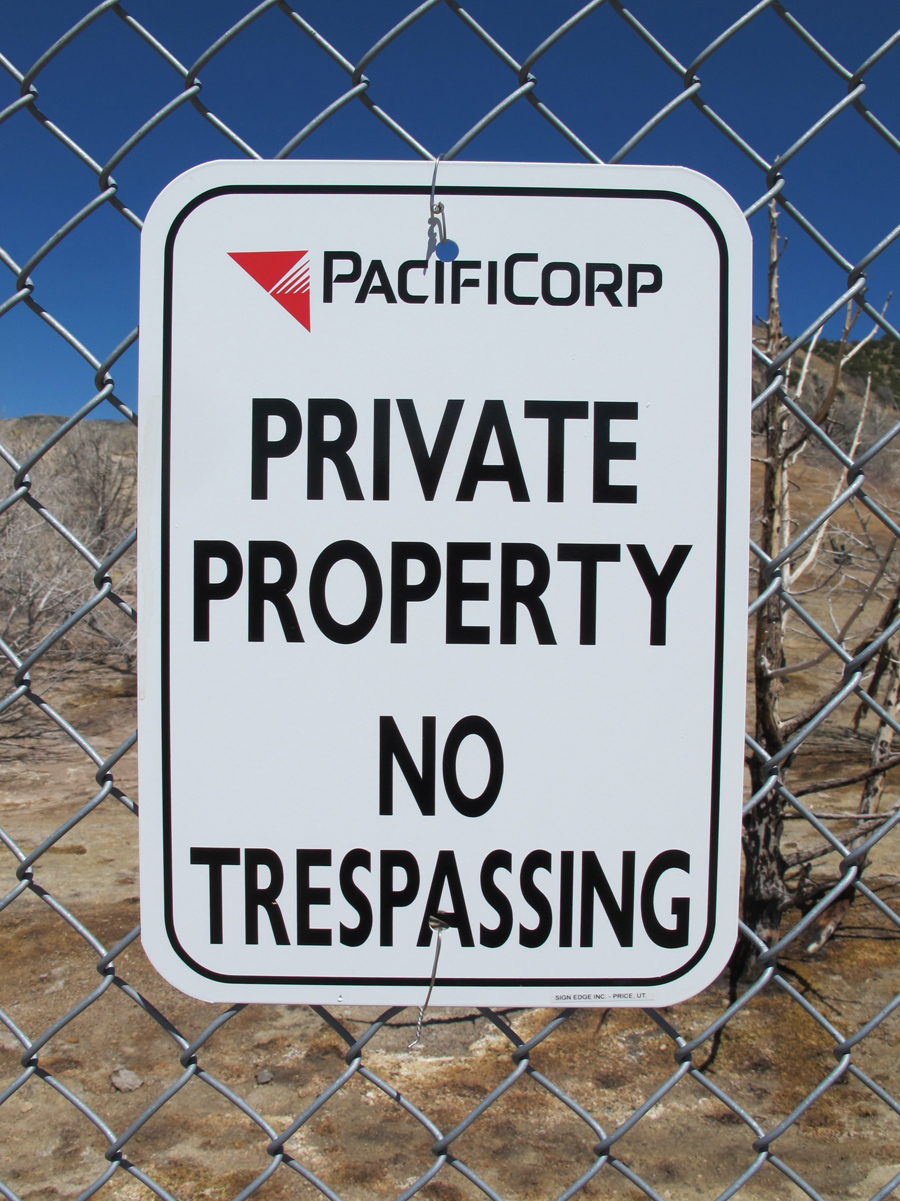 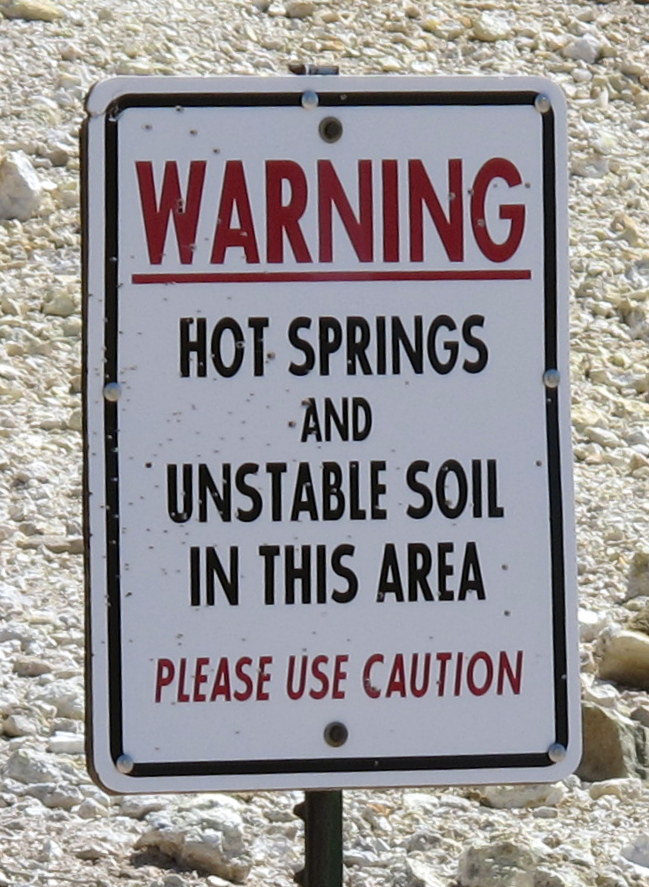 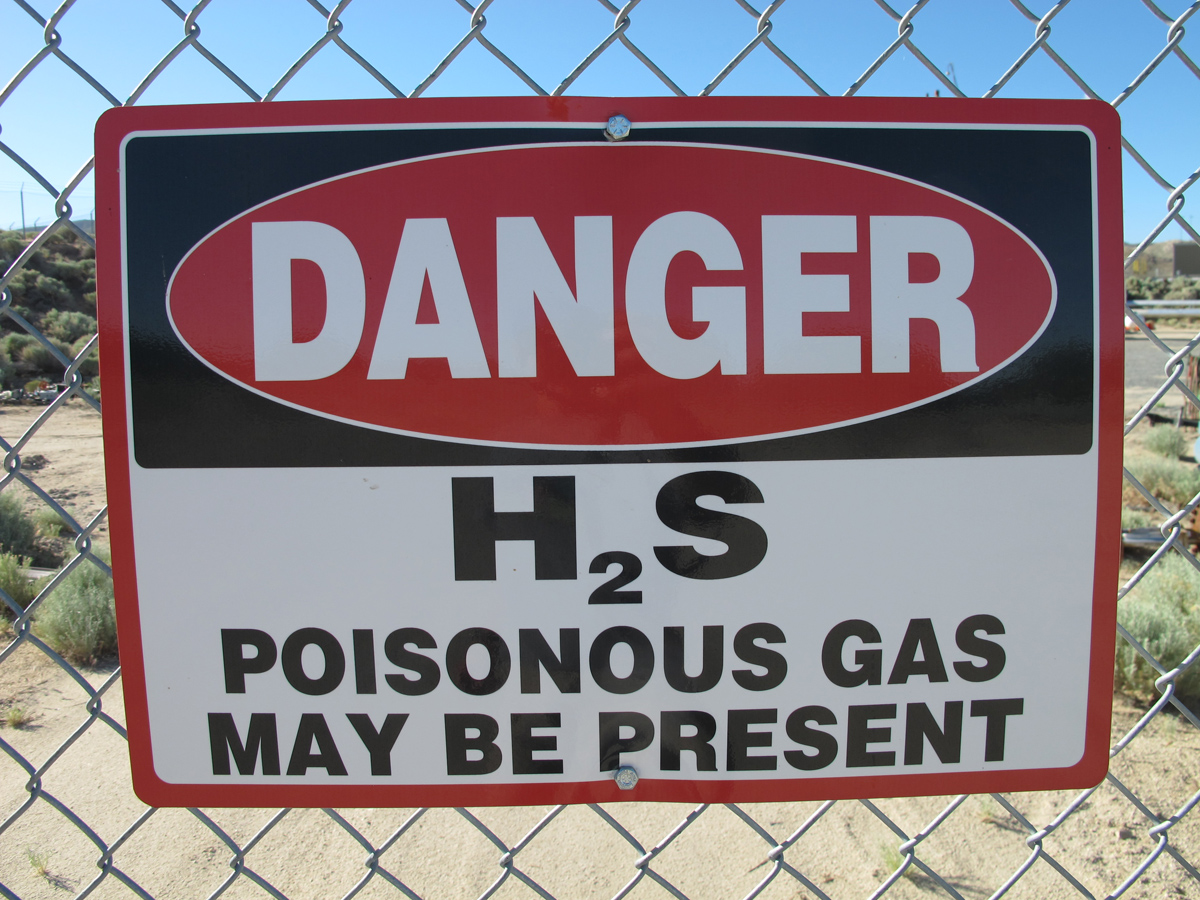 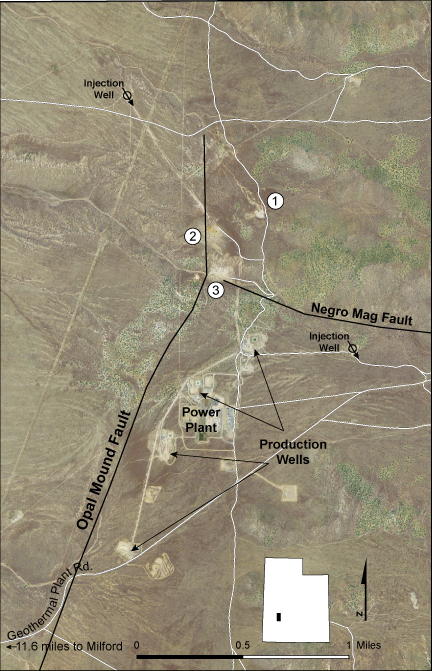 The Roosevelt Hot Springs area has a colorful history. In the late nineteenth and early twentieth centuries, men would travel from nearby Milford (the end of southern Utah railroad line) to enjoy a hot bath or a swim at a development called Roosevelt Hot Springs Resort (area 1 on location map in photo gallery), or a hot bath or a massage at “Negro” Mag’s “resort” (located somewhere near Negro Mag fault, see location map).

Much has changed since then. The original springs dried up by 1966 and now all that remains of the resort are the remnants of several buildings and a swimming pool.  See past and present photos in the photo gallery.

Please view all thermal areas from a safe distance, stay out of fenced areas, and heed warning and private property signs.

The Roosevelt Hot Springs geothermal area is believed to be heated by an underlying body of cooling magma, as suggested by rocks in the Mineral Mountains to the east. Most of this mountain range consists of an intrusive (sub-surface) mass of cooled magma called a batholith. This batholith and related volcanic rocks are geologically young, ranging in age from 25 million to perhaps 600,000 years.

The body of cooling magma believed to underlie the geothermal area could have once been part of or closely associated with the magma body that fed the youngest volcanic rocks (rhyolite) in the Mineral Mountains. This magmatic heat explains why the area is Utah’s hottest geothermal system, as most of Utah’s hot springs derive their heat solely from deep groundwater circulation without an associated magma body.

Rain and snowfall in the Mineral Mountains provide water to recharge the deep groundwater within the Milford Valley. This deep, hot water then flows back to the surface through a zone of highly fractured and thus highly permeable bedrock found beneath the geothermal area. The highly fractured bedrock resulted from two intersecting faults, the Negro Mag fault and the Opal Mound fault.

Blundell Geothermal Power Plant: The thermal energy of the Roosevelt Hot Springs area is tapped by the 34 megawatt Blundell power plant owned by PacifiCorp Energy. Production well drilling for the project started in 1975, and the steam power plant began operation in 1984. Most wells are between 2,500 and 6,500 feet deep and are currently producing fluid that is 470°–480°F. This fluid is then separated into steam and brine at the surface. The heat-derived energy of each is used to run turbines that generate electricity. The used brine and water (condensed from steam) cool to roughly 104°F before being re-injected back into the underground reservoir.

Not all of the fluid pumped out is re-injected, some is lost to evaporation from cooling towers. Such water loss has contributed to dropping groundwater levels. Steam is replacing this lost groundwater such that a large subsurface steam zone now overlies the water table. Thankfully some of this steam is venting to the surface, for rapid steam buildup can result in phreatic (steam-driven) explosions.

At the Roosevelt Hot Springs geothermal area this venting steam creates the steaming and hissing ground, boiling mud pots, bubbling pools, vegetation dead zones, and other assorted features. The vibrant colors found near steam vents are due to yellow sulfur crystals and various colors of bacteria and algae.

Where and What to See: Area locations are indicated on the location map in the photo gallery.

Area 1 ▸ Boiling mud pots and yellow sulfurous soil can be seen near the ruins of the Roosevelt Hot Springs Resort.

Area 2 ▸ High temperatures and sulfurous gases have left the ground devoid of vegetation and covered with sulfur-stained soil in various shades of yellow and orange.

Area 3 ▸ Bubbling pools and hissing steam vents are often vibrantly colored by yellow sulfur crystals and various colors of bacteria and algae. This area, named Negro Mag Wash on topographic maps, is thought to be the former location of “Negro” Mag’s brothel (as stated in A History of Beaver County by Martha Sonntag Bradley, 1999).

How to get there: Roosevelt Hot Springs geothermal area lies roughly 11 miles northeast of Milford in central Beaver County.