2018 Calendar of Utah Geology is the Best Yet!

The Utah Geological Survey (UGS) recently released the 12th edition of its popular Calendar of Utah Geology. The 2018 calendar features inspiring photographs by UGS staff of Utah’s geologic wonders with a brief explanation of how and when they formed. 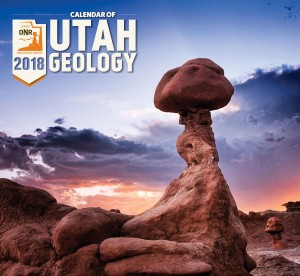 Eight years ago Gregg Beukelman, whose photograph was selected for the calendar’s cover, moved to Utah from Idaho when he landed his current job as a geologist with UGS’s Geologic Hazards Program. After the move Beukelman found himself with free time in what he describes as “hands down the most beautiful state in the nation.”

Beukelman previously had a passing interest in photography, but it was Utah’s incredible landscapes and vistas that stoked his passion. He now spends many of his off-work hours traveling across Utah searching out vistas and awaiting lighting conditions that allow him to create his stunning images.  Like other employees whose photographs have been featured in the calendar, Beukelman’s have transformed from nice landscape shots to true works of art.

Beukelman is not alone in his path from geology to photography. The calendar has featured more than 40 UGS geologists. Other staff members have taken an opposite tack and were previously artists who sought employment with UGS because of their love of the outdoors and curiosity about geology. UGS graphic designer John Good and Natural Resources Map & Bookstore clerk Andy Cvar are both featured in this year’s calendar. 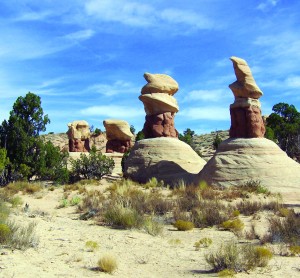 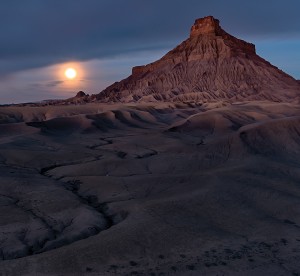 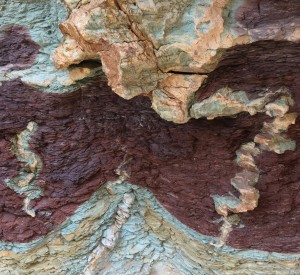 There is a 57% probability (over 1 in 2 chance) that a magnitude 6.0 or greater earthquake will occur in the Wasatch Front region in the next 50 years. To address this threat, the Utah Earthquake Program (https://ussc.utah.gov/pages/help.php?section=Utah+Earthquake+Program) consisting of the UGS, UUSS, and the UDEM, developed the map so the public could more fully understand the hazard from earthquakes and faults, as well as the resulting risk to property, infrastructure, and life safety in Utah. Users of the map will be able to determine past earthquake locations and relative magnitudes (size), along with the locations of active faults and the timing of their most recent movement.

Printed copies of the map are available for $15 at the Utah Department of Natural Resources Map & Bookstore (http://mapstore.utah.gov). The map is also available as a PDF download at https://ugspub.nr.utah.gov/publications/maps/m-277.pdf (44 by 62 inches in size) and can be printed on a wide-format printer.

Additional information on the hazard and resulting risk from earthquakes is available at https://geology.utah.gov/hazards/earthquakes-faults/, from the Utah Seismic Safety Commission at https://ussc.utah.gov, and at the agency websites:

Greater Aneth oil field, Utah’s largest oil producer, has produced over 483 million barrels of oil. Located in the Paradox Basin of southeastern Utah, Greater Aneth is a stratigraphic trap producing from the Pennsylvanian Paradox Formation. Because Greater Aneth is a mature, major oil field in the western U.S., and has a large carbonate reservoir, it was selected to demonstrate combined enhanced oil recovery and carbon dioxide (CO2) storage. The Gothic shale seals the underlying Desert Creek oil reservoir, both in the Paradox Formation. Within the Aneth Unit in the northwestern part of the field, the Gothic is remarkably uniform, consisting of 7 to 26 feet (2–8 m) of black to gray, laminated to thin-bedded, dolomitic marine shale.

This 31-page Miscellaneous Publication is a detailed evaluation of the Gothic seal in the Aneth Unit and its effectiveness at supporting large CO2 and hydrocarbon columns in the Desert Creek reservoir below. This study includes geochemical, petrological, petrophysical, and geomechanical analyses that determined (1) the geologic controls on sealing effeciency, (2) effects of pressure changes on the seal due to CO2 injection and storage, and (3) possible chemical interaction between CO2 and the seal at its contact with the reservoir through time. 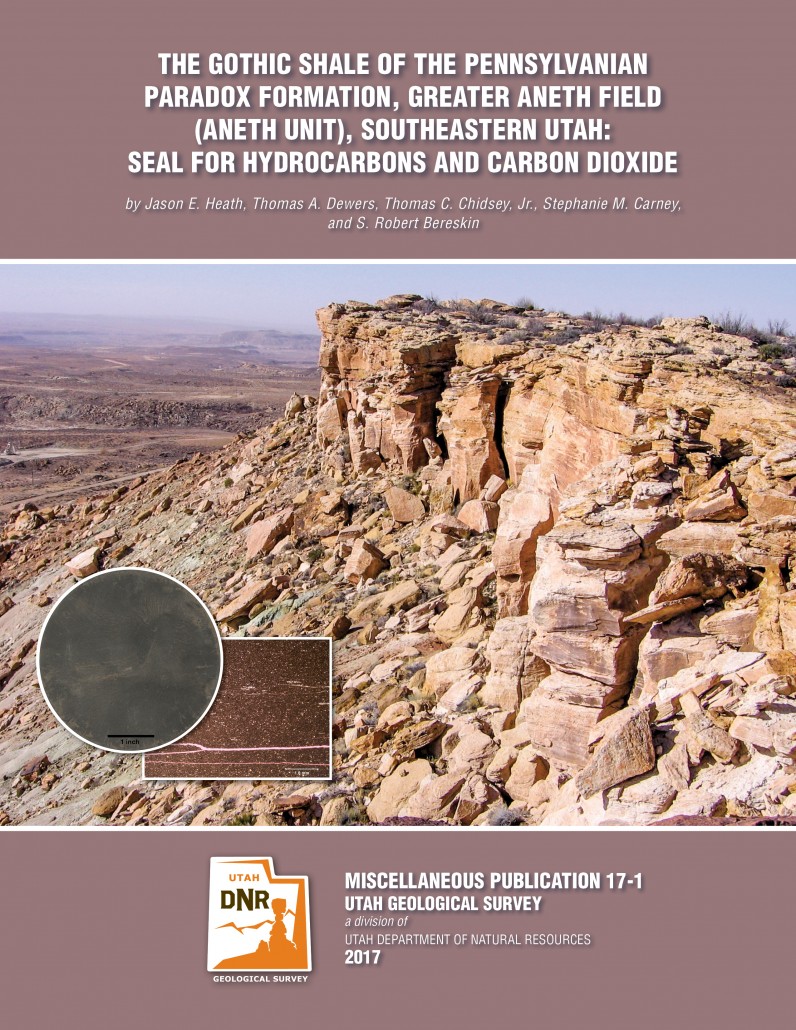 In cooperation with the U.S. Forest Service, the Utah Geological Survey mapped springs and groundwater dependent ecosystems on the Wasatch Plateau. Using remote sensing, GIS, and field checking, more than 400 points were compiled and plotted for use by the Forest Service. 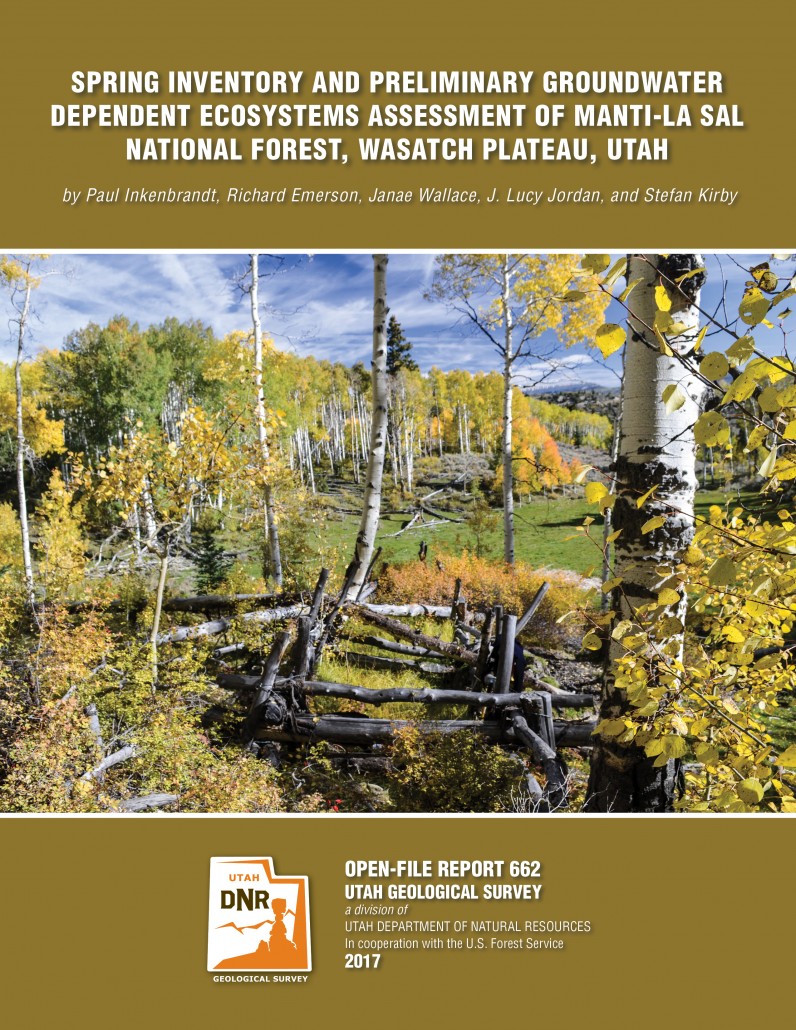 You are invited to attend a field review highlighting updated geologic mapping of the area west of Salt Lake City. The purpose of the mapping is to accurately describe the stratigraphy, geologic structure, geologic resources, and geologic hazards of the area. These maps are used for land management planning, geologic hazard evaluation, resource assessment and development, and education, as well as by the weekend hobbyist. The trip will be geared to cover a broad audience including geologists, government officials, and the general public. Few places on earth offer geology as interesting as that found in Utah. From the Colorado Plateau to the basin and range of the West Desert to the Wasatch Front, the earth on display is almost unmatched in its variety.

Defying gravity, an estimated 3500-ton sandstone boulder of Jurassic-age Entrada Formation perches atop a pedestal of less resistant sandstone of the Dewey Bridge Member of the Carmel Formation and forms Balanced Rock at Arches National Park. Snow-capped peaks in the background are the La Sal Mountains, a Tertiary-age laccolith.