An estimated 80% of Utah’s wildlife depend on wetlands at some point in their lives, and wetlands provide food, shelter, and water sources for most of the charismatic species we know through hunting, fishing, and wildlife viewing. Wetlands also support unique plant species adapted to living in constantly or intermittently wet conditions. Wetlands around Great Salt Lake play such a key role for bird populations that the Audubon Society has designated five areas around the lake as Globally Important Bird Areas. Because wetlands are such an uncommon feature in Utah, the state’s wetlands also support many uncommon and rare native plants and animals, some of which are found nowhere else in the world. However, some of these rare plants and animals are undergoing population declines due to wetland loss and degradation. Protecting our wetlands is vital for conserving the plants and animals that depend on them. 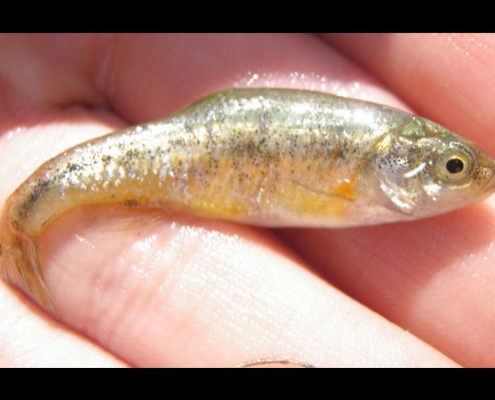 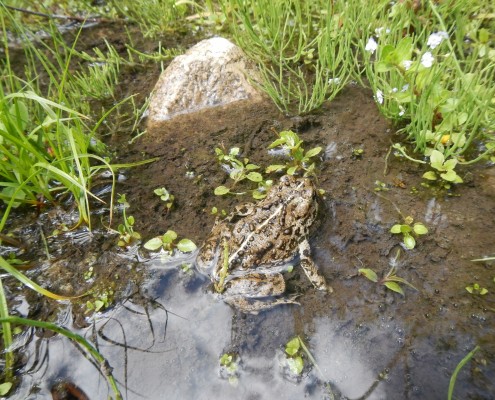 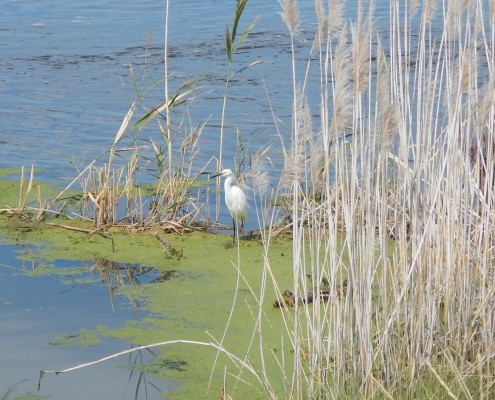 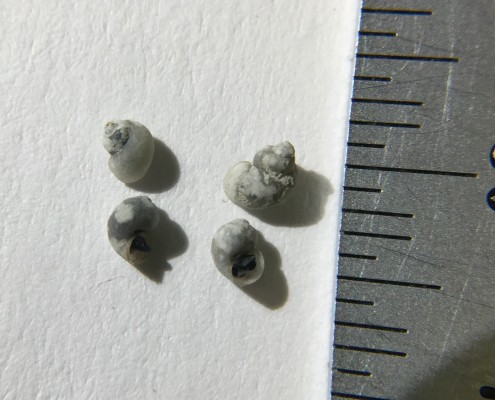 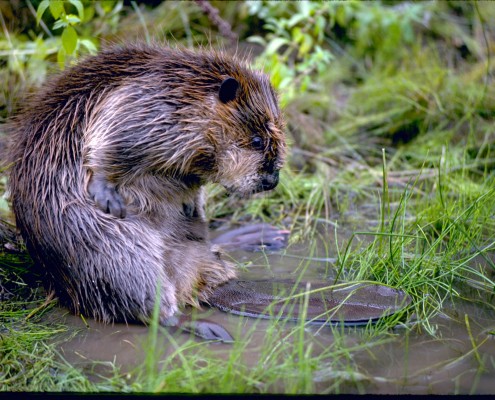 Wetlands throughout the state support large populations of breeding birds and are important stopovers for millions of migratory birds as they migrate between breeding grounds and winter locations. Diverse wetland habitats support diverse groups of birds, including shorebirds and wading birds on mudflats and playas, secretive marsh birds hidden amongst thick bulrushes and cattails, waterfowl in aquatic beds and open water, and songbirds in riparian wetlands.

The aquatic vegetation and woody shrubs found in wetlands are preferred forage for many large mammals like elk and moose. Beavers, another common wetland mammal, feed on aquatic and riparian vegetation, and often create their own wetland habitat along streams by building dams. Wetlands also represent important water sources for many upland mammals in arid parts of the state.

Riparian wetlands play an important role in protecting adjacent lakes and streams for both native fish and species introduced for sport. Riparian wetlands trap sediments, filter excess nutrients and other pollutants from surface runoff, and shade waterways to help maintain clean water and control stream temperatures. Some fish are also primarily found in wetlands; for example, the least chub is primarily known from spring complexes in the west desert of Utah.

Many aquatic invertebrates, such as springsnails and clams, depend on shallow-water habitats found in Utah’s wetlands. The Central Basin and Range ecoregion of Utah is especially unique in that it is home to 18 species of springsnails, some of which are known from only a single spring location.

Wetlands are home to unique plant life. Many wetland plants have specialized adaptations to living in frequently inundated environments such as floating leaves, hollow stems that allow gas exchange from shoots to roots, and reproductive strategies such as floating propagules and seed release timed with spring floods. These adaptations create the distinctive forms of common wetland plants like duckweed, cattails, and bulrush. 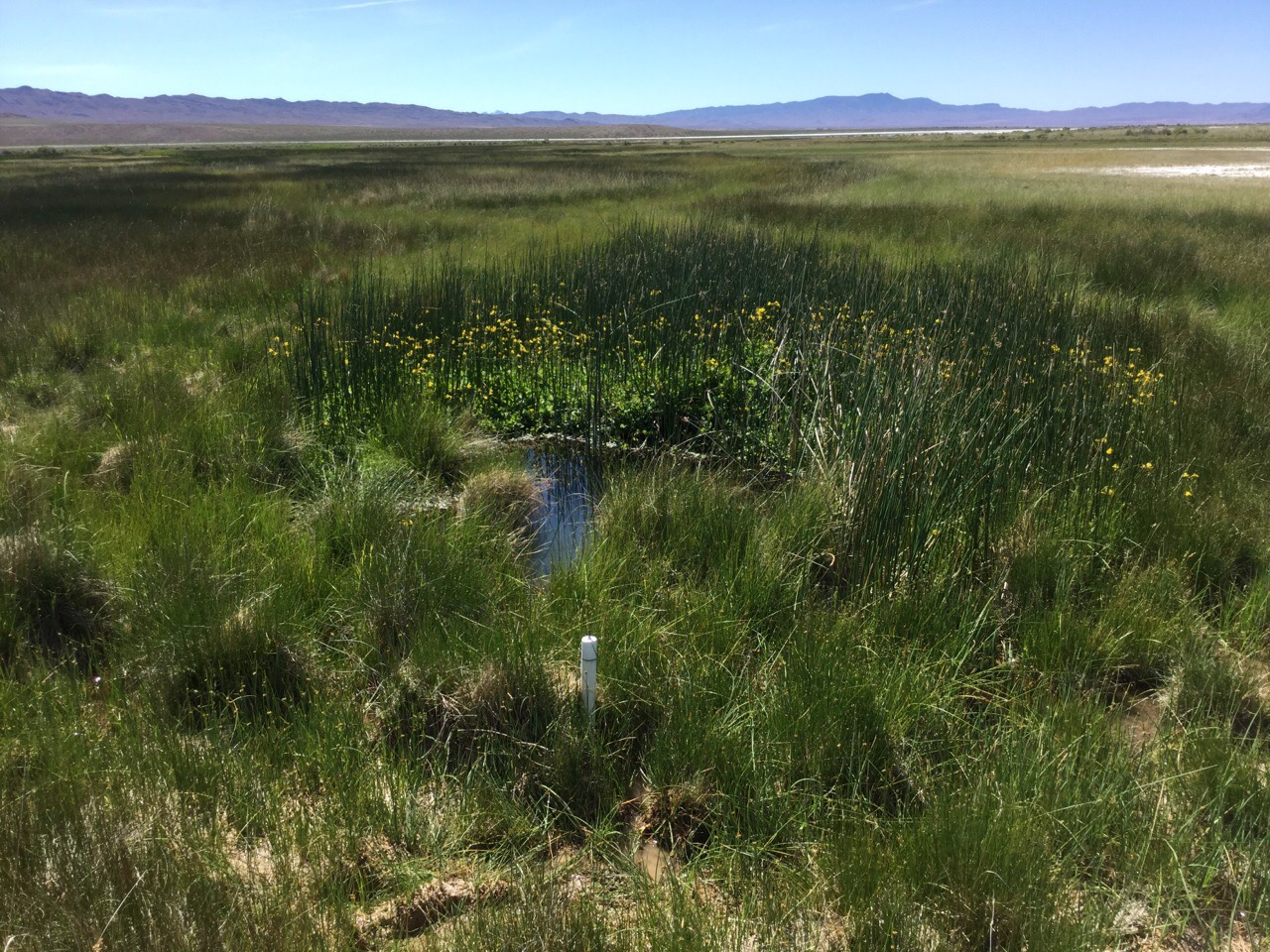 Water diversions and the associated alteration of aquatic habitats is the single most significant source of stress to Utah’s wildlife and habitat, according to the 2015-2025 Wildlife Action Plan. Accordingly, many plant and animal species of greatest conservation need in Utah are associated with aquatic areas such as wetlands, streams, and riparian areas. Just under one-third of state sensitive or federally threatened or endangered wildlife species are wetland-dependent and an additional one-quarter are associated with riparian areas. Three federally threatened and endangered plant species and about 150 state sensitive species are dependent on wetland habitat in Utah as well.

The UGS collaborates with partner agencies to collect and analyze monitoring data for wetland-dependent sensitive species. We maintain a network of shallow wells called piezometers in Snake Valley and Tule Valley to monitor groundwater discharge in key habitat for the state sensitive least chub and Columbia spotted frog. We also cooperatively manage habitat data for the boreal toad with biologists from the Utah Division of Wildlife Resources, the U.S. Forest Service, and several non-profit-led citizen scientist organizations.. During field surveys, we document any sensitive species we see and share that data with biologists, focusing on plants, amphibians, and mollusks.

Characterizing Condition in At-Risk Wetlands of Western Utah: Phase I