Most articles in Survey Notes address some part of Utah’s fantastic geologic rock record. This article, however, highlights a large gap in that rock record. Imagine your favorite book—but with many missing pages. Frustrating yes, but if the gaps are not too long you can still follow the plot. Rock records have many gaps, but throughout Utah (and many other places around the world) one gap is huge. Geologists call this gap the “Great Unconformity.” An unconformity is typically an erosional surface carved across older rocks below and overlain by younger rocks, and thus represents missing rock and missing time. The amount of missing time is determined by calculating the difference between the ages of the underlying and overlying rocks. In Utah, the Great Unconformity spans 1 to 2 billion years of missing time (many entire books are missing!). During the past few decades, the Utah Geological Survey Geologic Mapping Program has conducted several mapping projects that included this huge but poorly understood gap. The Great Unconformity is deeply buried in most parts of the state but is well exposed in a few uplifted blocks: the Beaver Dam Mountains west of St. George, the Uncompahgre uplift northeast of Moab, the Wasatch Range from Willard to Bountiful and near Big Cottonwood Canyon and Santaquin, Antelope Island, the Grouse Creek and Raft River Mountains, and near Browns Park on the northern side of the Uinta Mountains east of Flaming Gorge. Most exposures are remote or difficult to access, but the massive cliffs of the Wasatch Range visible from any unobstructed vantage point west of Interstate 15 between North Ogden and Willard showcase a world-class example that has been featured in several textbooks. Most up-close views require hiking, steep scrambles, and in some cases, technical climbs. The unconformity is relatively accessible along some hiking trails of Antelope Island State Park, though exposures are overprinted by Cretaceous-age tectonic deformation.

The Great Unconformity, a period of missing rock and time, varies from approximately one-half to nine-tenths of Utah’s 2.6 billion-year geologic story (many entire books are missing). Although our rock record from 770 million years ago to present is one of the best in the world for an equal-size area, many pages and some chapters are missing (it has many shorter unconformities). The colored arrows represent the span of the Great Unconformity in different parts of the state. The single torn page represents a tiny exposure of rock possibly about 1.4 billion years old that we are still struggling to interpret.

Rocks on the “old side” of the Great Unconformity are of two distinct ages—about 2.5 to 2.6 billion years old and about 1.7 billion years old. These rocks at the base of the geologic column are naturally called the “basement” and form the foundation of our state, and our continent. Most of these “crystalline” rocks (with visible crystals like in granite and gneiss) formed 8 to 15 miles (40,000 to 80,000 feet) deep in the metamorphic and igneous cores of ancient mountain belts.

Geologists have long wondered what happened during all that time. Was it a long period of slow, continuous uplift and erosion, or were there pulses of rapid uplift and erosion? What was the composition of the eroded rocks? Were there also periods of subsidence and deposition? Were mountain ranges built and eroded flat without leaving a clue? What was life like during this time? In Utah we have few rocks that tell us the story, but fortunately the story is not completely lost. Rocks from key sites in other parts of North America and around the world have allowed geologists to gradually piece together at least a rudimentary story.

Piecing Together the Story

Many people have heard of the supercontinent Pangea, which formed as plate tectonics drove all the continents of the world into one huge landmass about 300 million years ago. Less well known is that Pangea was only the most recent supercontinent—several others predated it. Most of our story involves the formation and later breakup of such supercontinents. 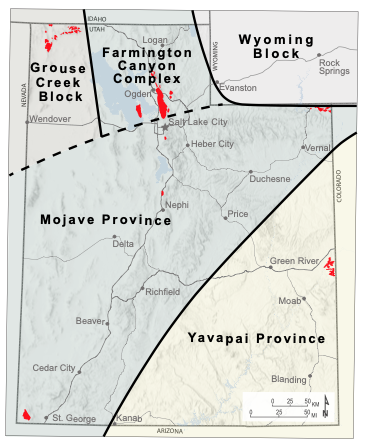 The five major Precambrian-age crustal blocks and terrains that makeup Utah’s basement. Exposures of basement rocks are shown by red spots—the Great Unconformity is well exposed in many places along the edges of these outcrops. Distant views are common, but most locations are remote and/or difficult for close-up access.

Our Utah basement rocks consist of five major blocks or terrains. The oldest blocks, about 2.5 to 2.6 billion years old, are the Grouse Creek block, now exposed in the northwestern corner of Utah, and possibly a deeply buried sliver of the Wyoming block that may extend slightly under our northeastern borders. These and other blocks collided and sutured together over a long, complex history, forming proto-North America, including Utah, about 1.7 billion years ago. During this global upheaval, the Grouse Creek block moved toward the Wyoming block, pinching masses of rock and sediment into a jumbled terrain we now call the Farmington Canyon Complex (exposed in the Wasatch Range and on Antelope Island), the Mojave Province collided from the southwest, and the Yavapai Province plowed in from the southeast. After these collisions, North America was much larger, and Utah’s “basement” or “foundation” was complete.

About 1.4 billion years ago, according to the prevailing hypothesis, part of a supercontinent called Columbia gradually tore away from the western coast of North America along a rift through what is now western Idaho, central Nevada, and western Arizona, forming faulted and tilted basins that locally collected great thicknesses of sediment, volcanic rocks, and igneous intrusions. Direct evidence is lacking in Utah, but postulated nearby examples of these rocks are the 1.1- to 1.4-billion-year-old Unkar Group exposed in the Grand Canyon and the 1.4-billion-year-old Belt Group in northwestern Montana and northern Idaho. Both consist mostly of argillite, shale, mudstone, sandstone, and dolomite up to 8 miles thick. These sedimentary rocks tell us that Earth was a barren place with only simple life forms such as algae and bacteria. We are unsure if such basins formed in Utah but a poorly understood wedge of rock called the Facer Formation exposed near Willard may include rocks of this age. Other rocks of this age may be present in northwestern Utah but they also have not been successfully dated. In summary, we speculate that this period from 1.4 to 1.1 billion years ago was a particularly active time in Utah, with possible rifting, subsiding basins, tilting, intrusions, uplift, and erosion, though we have little direct evidence.

The next supercontinent, Rodinia, finished assembling about 1.1 billion years ago. What is now Antarctica and Australia had merged with the western side of North America (the suture is in Nevada and western Arizona), whereas parts of what is now Africa and northern Europe collided with the eastern side of North America. We have not discovered direct evidence of this event in Utah, but the collisions must have contributed to the miles of uplift and erosion that caused the Great Unconformity. As supercontinents do, Rodinia broke apart from about 800 to 550 million years ago. In Utah, the rifting began about 770 million years ago with a fault-bounded basin subsiding and filling with thick layers of sediment (locally totaling more than 10,000 feet) in what is now the location of the uplifted Uinta Mountains. Rifting and volcanic activity continued along western Utah, weakening the basement foundation, which subsided and provided space for deposition of thick sediment, ending the Great Unconformity in the western half of the state.

Whether due to later erosion or non-deposition, the unconformity continued in the eastern part of the state for an additional 150 to 200 million years until about 520 to 540 million years ago when a Cambrian-age sea crept across the state, blanketing the land with a huge swath of beach sand and related coastal sediment, and ending the Great Unconformity. Where exposed, these Cambrian-age rocks (Tintic Quartzite in north to central Utah, Prospect Mountain Quartzite in west, Tapeats Sandstone in south, Geertsen Canyon Quartzite in northeast) form some of our most prominent formations, though in most parts of the state they remain deeply buried in the subsurface.

Though only represented by a single sharp surface, the Great Unconformity represents over half of our geologic history and many geologic events. Utah contains limited direct evidence of this huge slice of time (only a few pages of many missing books), but we can piece together some of the story from other key sites around the world. Though this older part of the story is largely missing, Utah still has one of the most complete records of the last 770 million years of Earth’s geologic history (the part that covers the entire evolution of complex life) of any similar size area anywhere in the world—an incredible rock record that we admire every time we visit our mountains, deserts, and parks. 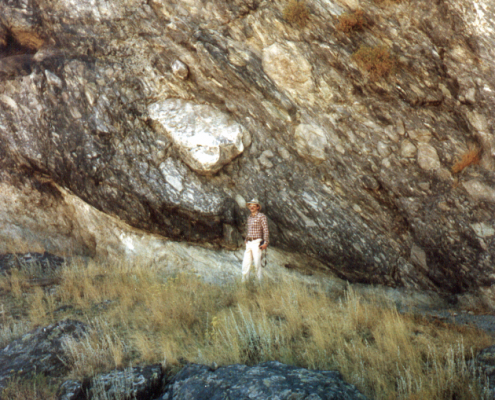 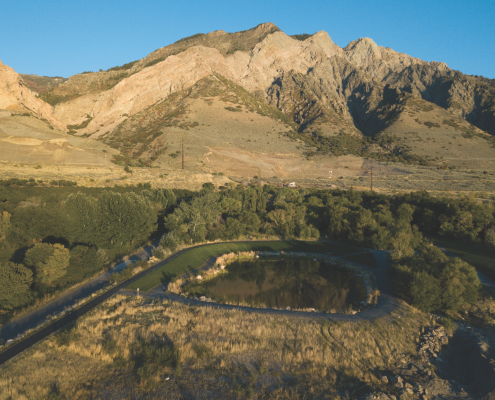 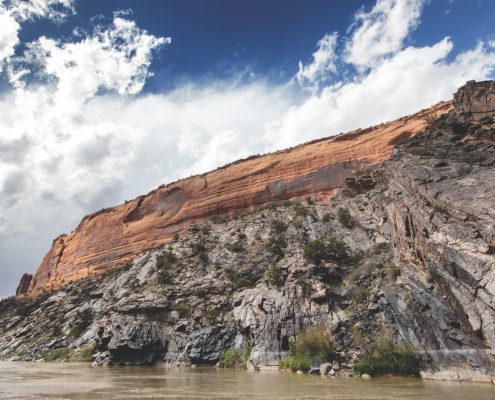 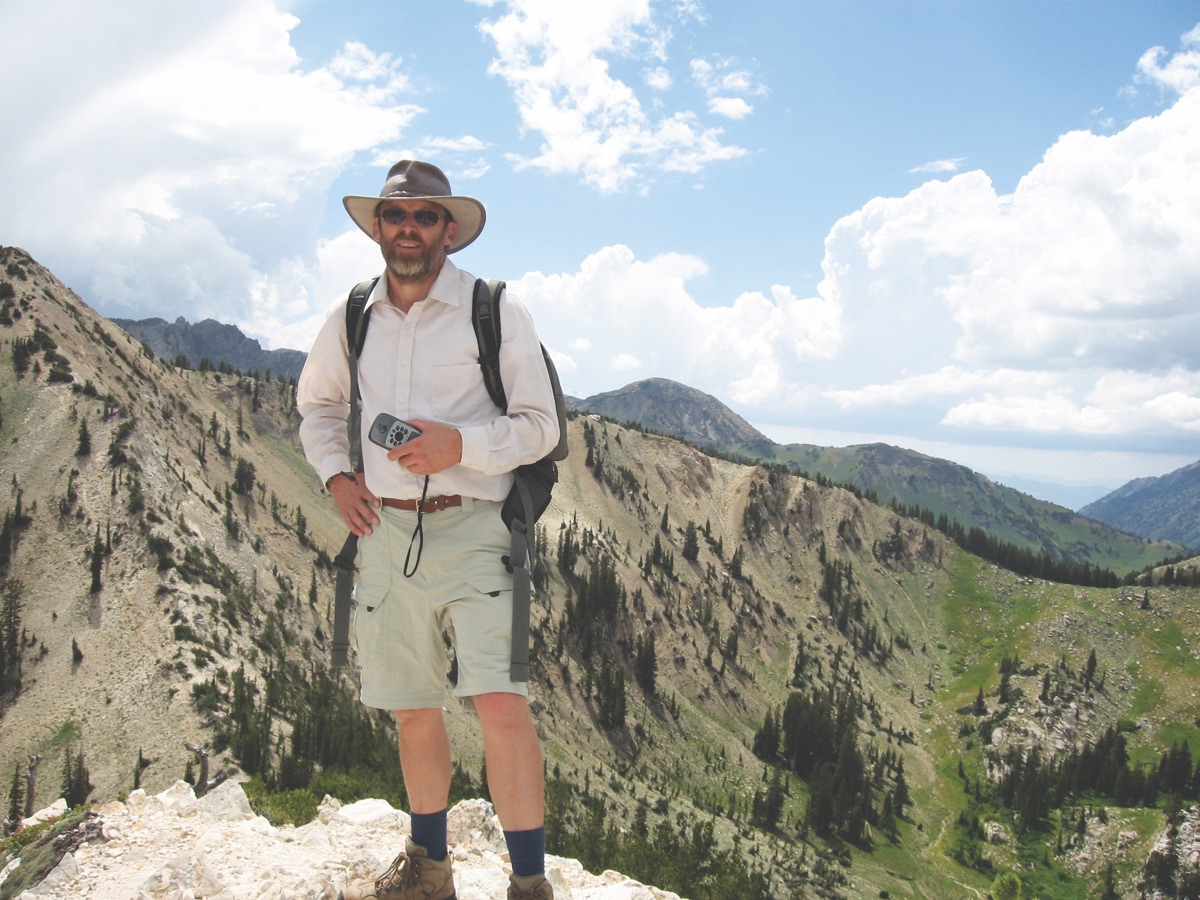 has been a mapping geologist with the UGS for 38 years, including 26 years as manager of the Geologic Mapping Program. He has authored or coauthored over 40 geologic maps and has supervised the publication of more than 320 geologic maps and dozens of geologic reports. Grant has also managed the development and advancement of digital geologic mapping at the UGS, a program that is now recognized by state geological surveys nationwide as one of the most advanced and innovative programs in the nation.