The Morgan 7.5′ quadrangle, named for the city of Morgan, is located southeast of Ogden, Utah, and is transected by Morgan Valley where the Weber River, U.S. Interstate Highway 84, and Union Pacific Railroad are located. In the map area, the east-dipping limb and part of the Wasatch anticlinorium are exposed on Durst Mountain, east and north of the Weber River. Interpretations of the geology on Durst Mountain begin with back-rotation of this limb of Paleozoic rocks. Younger Paleozoic and Mesozoic rocks in the limb are exposed to the east in the Devils Slide quadrangle. At least 8000 feet (1800m) cf folded Cenozoic sedimentary rocks fill the fault-bounded Morgan Valley. Some fault scarps are Quaternary in age. The most notable fill is the Eocene and Oligeocene(?) Norwood Formation that underlies roughly the west half of the quadrangle. These altered tuffaceous rocks are prone to landsliding. This CD contains two plates-a geologic map at 1:24,000 scale and an explanation plate-and a 25-page booklet, all in PDF format. 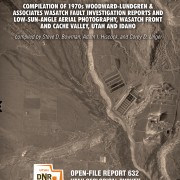 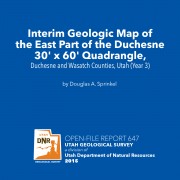 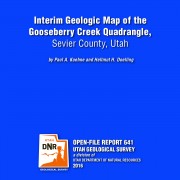 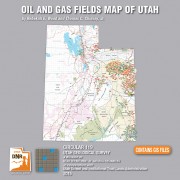 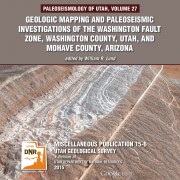 Stanford Scientists Create an Algorithm That Is the “Shazam” For...
Scroll to top