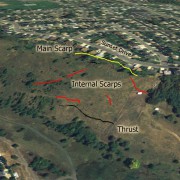 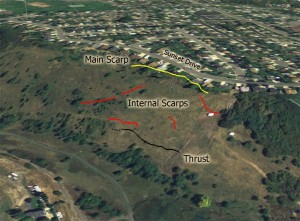 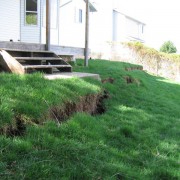 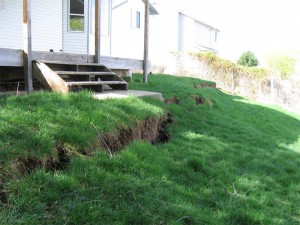 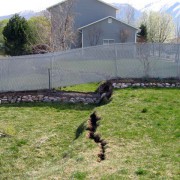 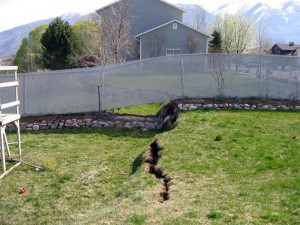 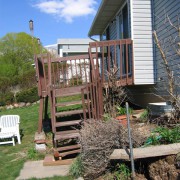 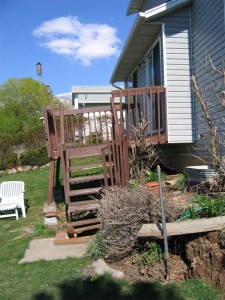 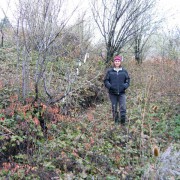 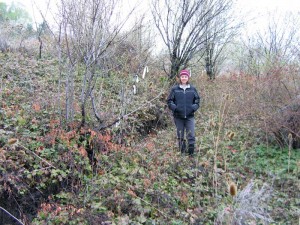 On the morning of April 15, 2006, homeowners recognized that the Sunset Drive landslide in Layton had reactivated. The landslide moved previously in 1998 and damaged a house that was later demolished.

The landslide is in a northwest-facing slope above the broad valley of the North Fork of Kays Creek. Landslide movement directly impacts two houses and the backyard landscaping at four other lots along the slope crest.

The 2006 landslide main scarp is in the same location as the 1998 scarp but the 2006 movement is greater and has created a higher main scarp at the slope crest and more ground cracks and other landslide features in the lower slope down to the North Fork of Kays Creek.

The clay and sand in the Weber River delta are prone to landsliding, and similar slopes in Layton, Uinta Highlands, South Weber, and Washington Terrace have failed repeatedly in the past. Prehistoric landslide deposits are present at the Sunset Drive landslide and elsewhere in the North Fork of Kays Creek valley.

The upper part of the landslide has been modified by the placement of fill for farming and subdivision development. Some of the houses along the slope crest rest partially on fill and partially on native material. The area of landsliding is about 650 to 700 feet wide and 550 feet long. The landslide has a vertical drop of about 160 feet and an average slope of 30%.

Following the 1998 landslide, Layton City conducted a landslide study to determine ground-water levels, depth of sliding, and soil strength. To improve landslide stability, engineers proposed a drain system at the slope crest, but the majority of homeowners decided not to finance the installation.

This rise in ground-water levels represents a measurable threshold that can be used to predict future landslide movement. New springs have appeared on the lower landslide. Instruments indicate the sliding surface of the 2006 landslide movement is 30 to 38 feet below the ground surface near mid-slope and likely deeper near the slope crest.