A wetland is land that is flooded or has a high water table during the growing season on a permanent or seasonal basis. Wetland hydrology is highly variable—wetlands may only be wet some years during all or part of the growing season, including spring flooding from snowmelt or late summer flooding from monsoonal rains. In general, wetlands are wet long enough to have distinct soils and vegetation. Wetlands provide habitats for many plants and animals in Utah, perform important functions to help keep our water clean, and support recreational activities such as bird watching and waterfowl hunting. Because of their importance, wetlands are protected by federal regulations, and many agencies and individuals are interested in conserving and restoring wetlands in Utah. 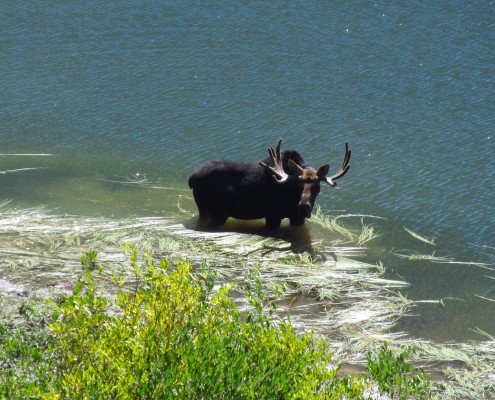 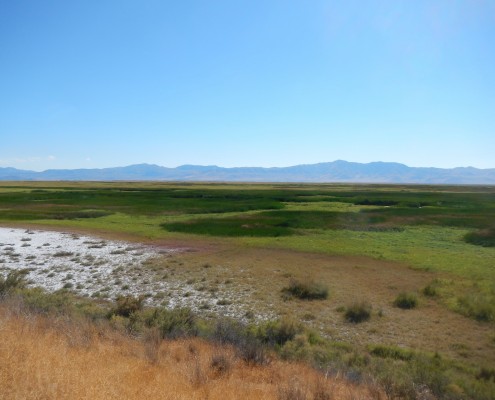 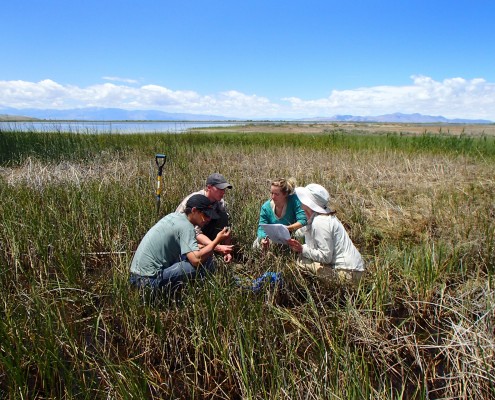 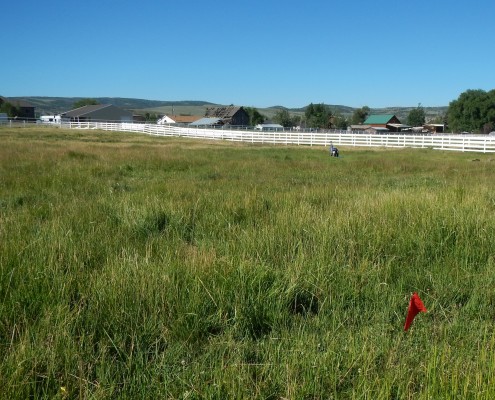 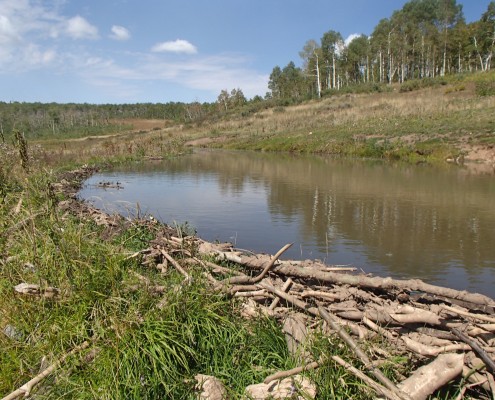 There is no standard definition of a wetland. The U.S. Fish and Wildlife Service (USFWS), the agency that manages the nationwide spatial data on wetlands, includes both unvegetated areas, such as playas and mudflats, and areas without true soils, such as aquatic beds, in its definition of wetlands. In contrast, the U.S. Army Corps of Engineers (Army Corps), the primary regulatory body for wetlands in Utah, classifies areas as wetlands only if they have evidence of three wetland indicators—hydrology, soils, and vegetation—though the Army Corps regulates many non-wetland aquatic features as well. The Utah Geological Survey works with wetlands that fall within the broader USFWS definition.

Where do Wetlands Form?

Wetlands typically occur in particular places on the landscape. Some wetlands occur along the floodplains of streams and rivers, including in oxbows and old channel scars and in areas flooded by beaver dams. These wetlands receive water from overbank flooding or from subsurface connections with the water table. Other wetlands occur along lake edges where water levels rise and fall with changing lake levels. Wetlands can form in depressions on the landscape where water accumulates from rain, snowmelt, or surface run-off. Wetlands are also commonly found in locations of groundwater discharge including large spring complexes and small springs and seeps. Many wetlands in Utah are formed or supported by people. This includes large shallow wetland impoundments managed for waterfowl and other birds at state waterfowl management areas and federal refuges and wet meadows in the former floodplains of rivers that are now primarily supported by irrigation and used as pasture.

Wetland hydrology is the most important defining feature of wetlands. Wetlands are typically wet for at least some of the growing season and usually, it’s the time of the year between spring and fall when soil temperatures support biologic activity. The hydroperiod is the frequency and duration of time that a wetland is wet. Hydroperiods can differ considerably between different types of wetlands and within a wetland in different years. For example, a groundwater-fed wetland may have saturated soils all year long and experience only a small decline in the water level in the spring due to water loss from evapotranspiration. A wetland that receives overbank flooding from a river may have several inches of surface water in the spring and be completely dry by the fall; that same wetland may be dry some years when runoff from snowmelt is low. 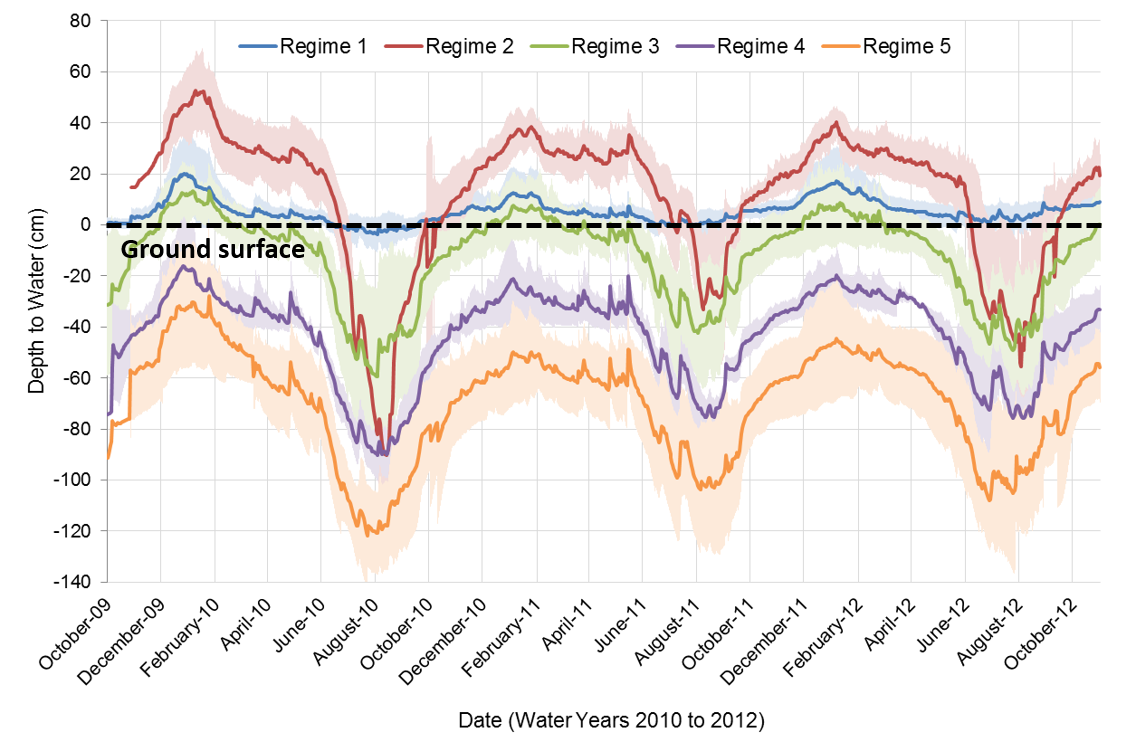 Hydrograph showing the diversity of wetland hydrology present in Snake Valley, Utah. Wetlands that fall into Regime 1 have surface water almost year round, whereas most other regimes have a large decrease in water levels in the summer and fall.

In Utah, many wetlands have changes in their hydroperiod driven by irrigation practices, with reduced water levels in the summer due to nearby groundwater pumping and increased water levels in the fall when pumping declines. Inter-annual, seasonal, episodic, and daily water level fluctuations are all important drivers of wetland function, including their ability to support particular plants and animals. The UGS uses shallow wells called piezometers to monitor water levels in important wetlands in Utah. 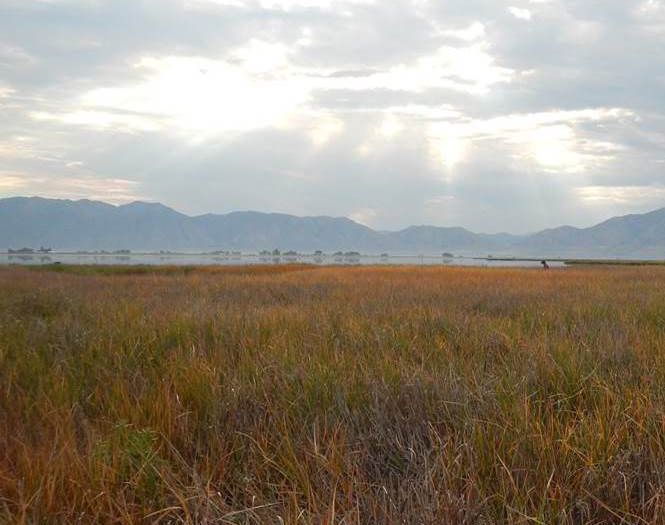 Alkali bulrush (Bolboschoenus maritimus) at a privately owned duck club near the northeast arm of Great Salt Lake. Alkali bulrush is an obligate wetland species that is also tolerant of high salinity.

Hydrophytic plants are plants that are adapted to survive low oxygen levels in the soil, water levels of varying depth, and the force of flowing water. Aerenchyma are spongy air pockets found in plants that allow oxygen to be transported from the parts of the plant above water down to the roots. The aerenchyma also provide buoyancy for plants that float on the water surface. Elongated stems, such as those found in cattails, help ensure that at least some parts of the plant will reach above the surface when water levels are high. Submergent plants, those that grow completely under water, often have narrow dissected leaves to increase the surface area for exchanging nutrients and gases and help limit tissue damage by increasing flexibility in moving waters. Many wetland plants that grow along rivers have dense horizontal underground stems called rhizomes that help anchor them in place to resist the force of moving water. Many wetland plants in Utah are also halophytic—adapted to grow in saline or alkaline soils. Some plants, such as cattail and bulrush, are rarely found outside wetlands, whereas others can occur in both wetland and upland environments.

Hydric soil indicators are soil characteristics that develop in the low-oxygen (anaerobic) environment that occurs when soils are saturated for a period of time. Soil microbes are responsible for many of the distinctive characteristics found in wetland soils. In the absence of oxygen, soil microbes switch from using oxygen to support respiration to using oxidized manganese, iron, and sulfate. The microbes reduce iron from a ferric (Fe3+) state to a ferrous (Fe2+) state, which in turn changes the soil from yellow, orange, or reddish to a gray color. This gray color is called redox depletions. The ferrous iron can dissolve in water and move around in the soil. If the soil dries out, iron can oxidize back to its ferric form, creating reddish patches in the soil matrix or in lines along root channels, which are called redox concentrations. 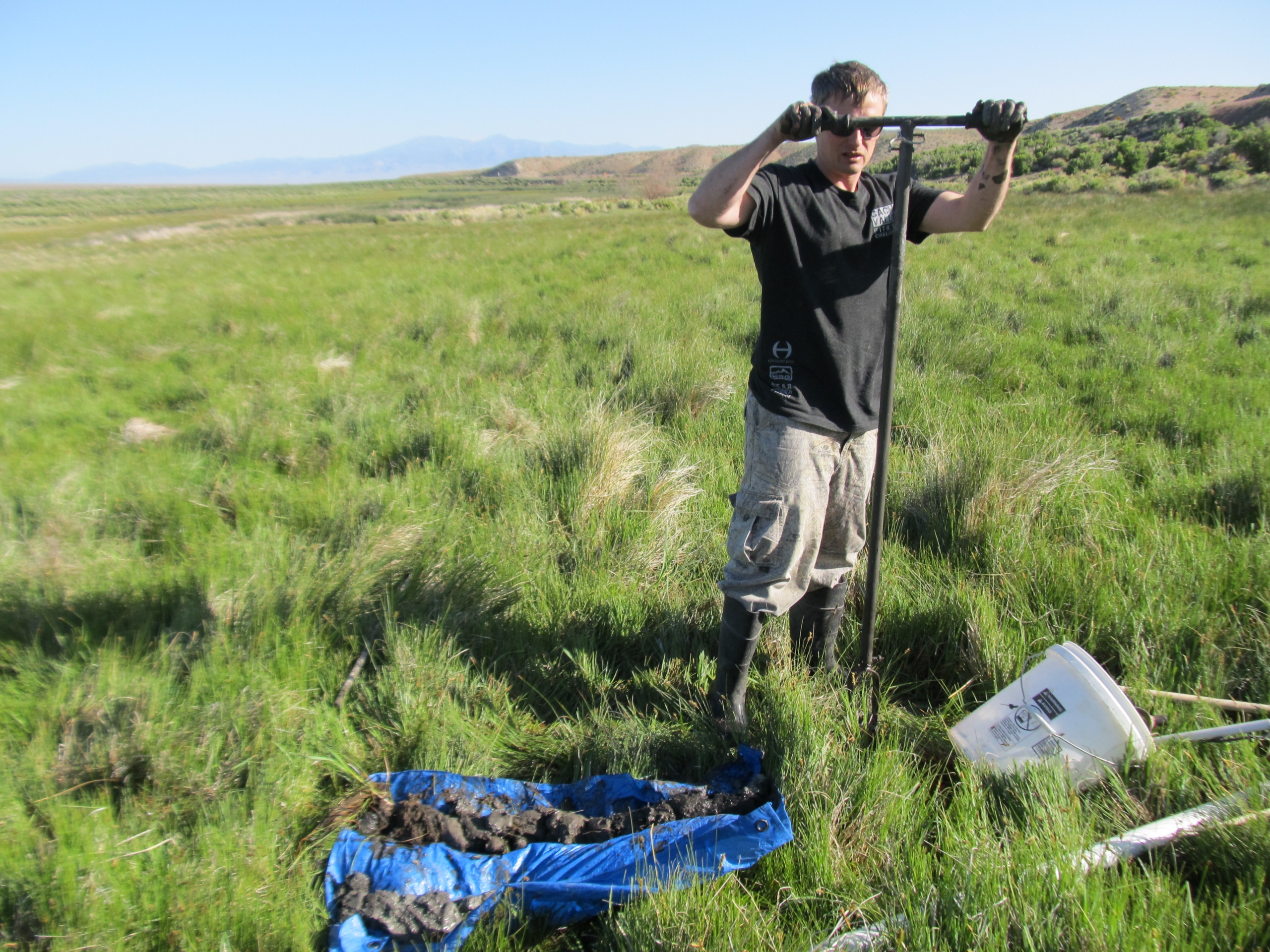 Wetland scientist using a hand auger to extract a soil profile from a wetland in southern Snake Valley to characterize the soil and install a wetland piezometer.

Similarly, microbes can reduce sulfate (SO42-) to hydrogen sulfide (H2S) to create a rotten egg odor, though this only happens in wetlands that are saturated for long periods of time. Soil microbial activity is less efficient when soils are saturated. In these conditions, microbes consume less organic matter like leaves and stems, leading to an accumulation of partially decomposed organic matter in the soil.

An organic soil is a soil that has a high level of organic carbon material in the soil; organic soils are found in areas that are saturated for long periods of time.

Learn More About Wetlands in Utah

Utah’s Wetland Program Plan is a document authored by the UGS and the Utah Division of Water Quality to guide the direction of state activities related to wetlands. The overall goal of the plan is to increase the amount and availability of scientific data on Utah’s wetlands by continuing to build and deploy scientifically-based tools to assess wetland health and to afford greater protection by determining wetland-specific beneficial uses and criteria to protect those uses.