Groundwater quality in Utah is good in most places. Exceptions occur where groundwater travels slowly through an aquifer that consists of chemically reactive minerals such as halite (salt) or gypsum, which may dissolve into the groundwater. Mineral dissolution increases the total dissolved solids (TDS) concentration and may add constituents that limit or preclude its use (for example, high salinity, sulfate, or arsenic). The type of geologic materials in a groundwater basin and the length of time groundwater is in contact with those materials are fundamental controls on water chemistry. 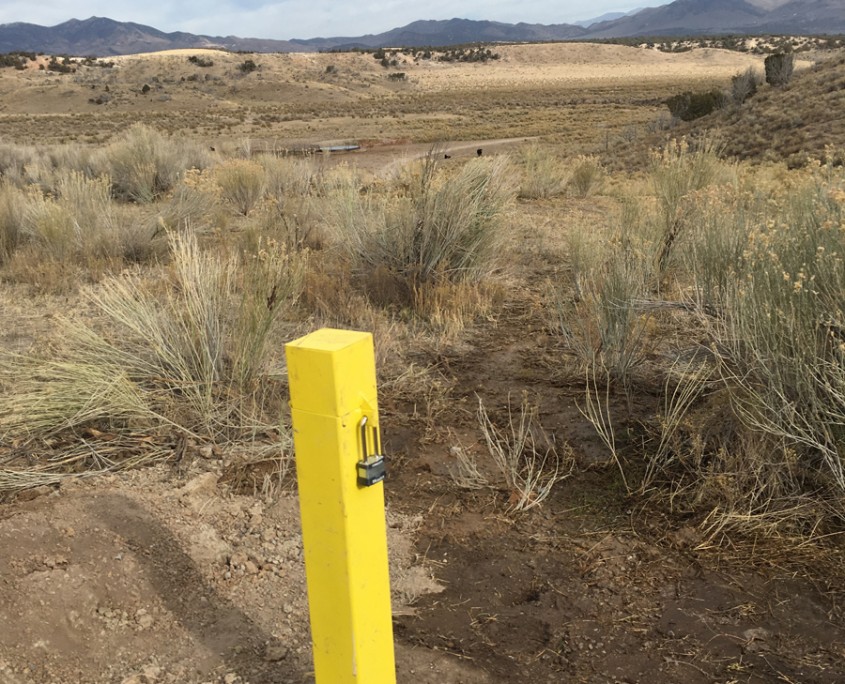 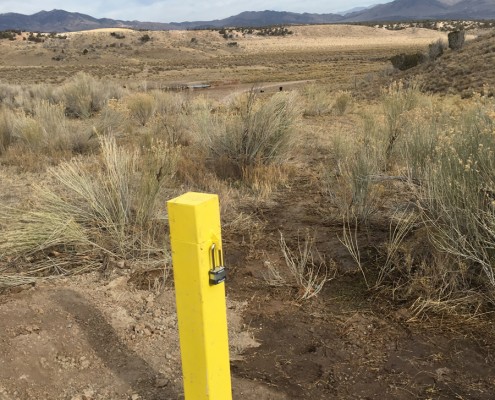 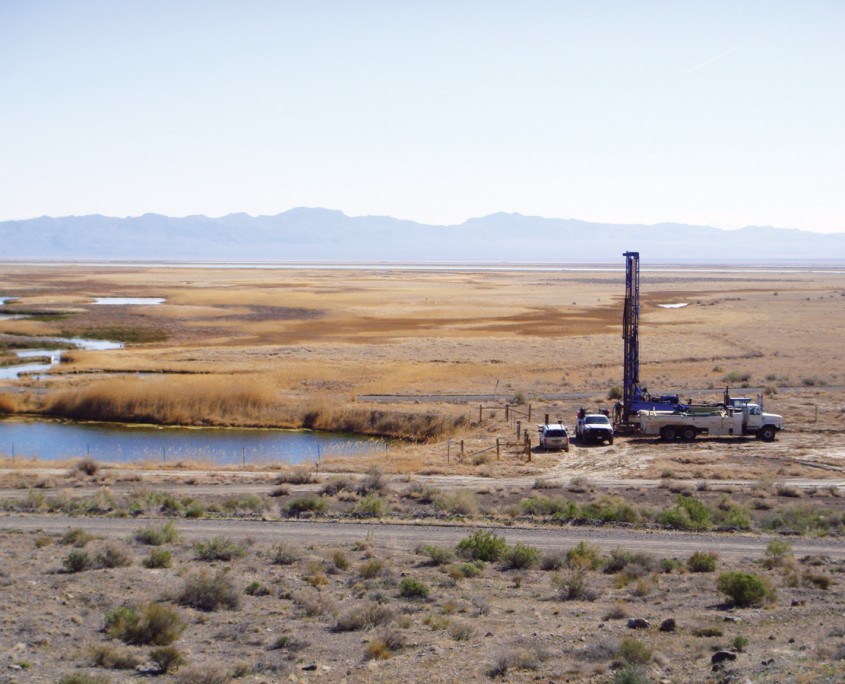 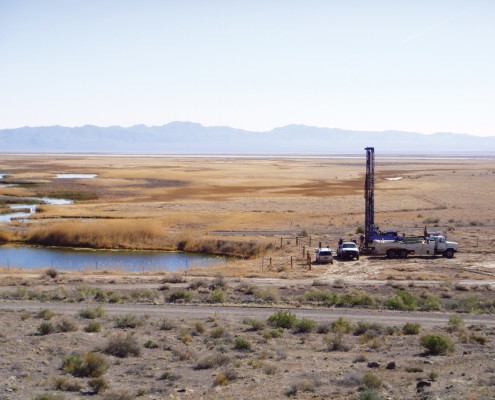 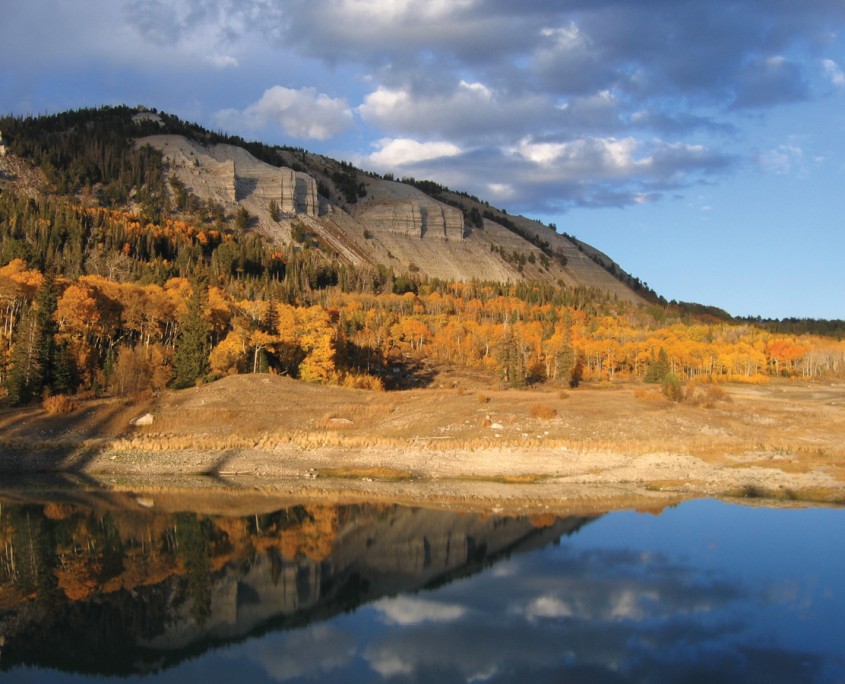 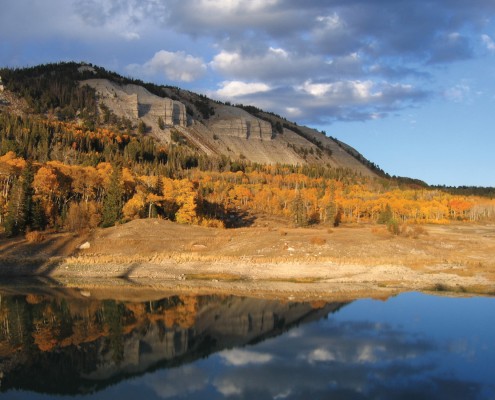 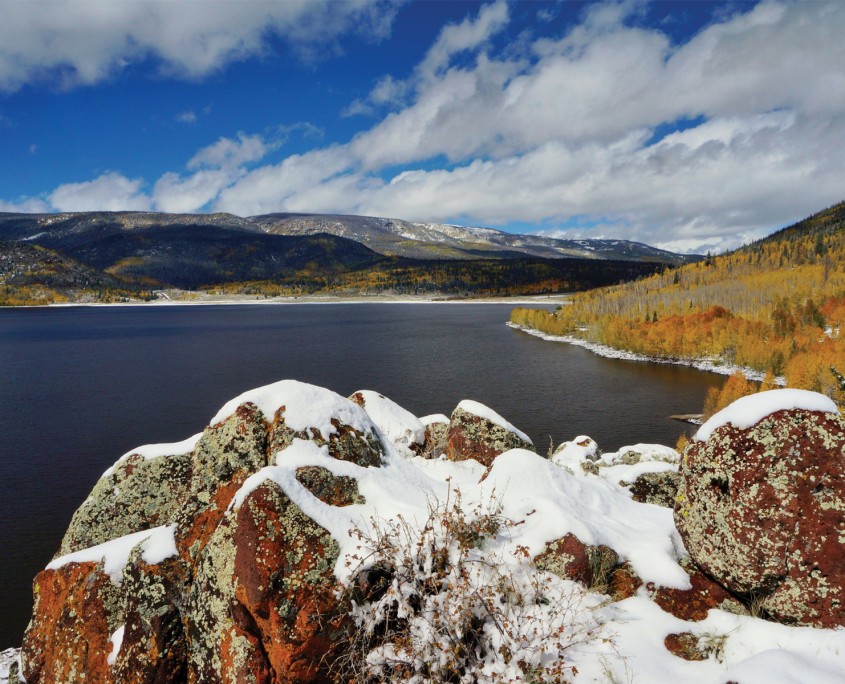 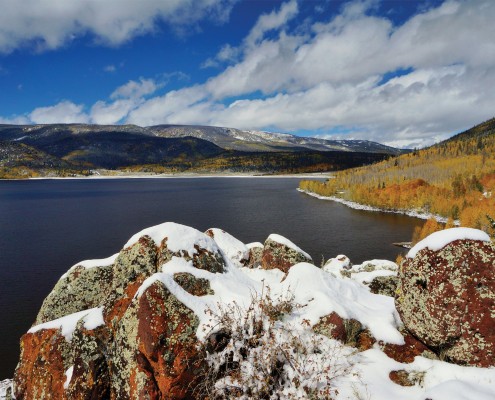 Groundwater in the basin- and valley-fill aquifers is typically fresh, dominated by calcium, magnesium, and bicarbonate (HCO3–) ions, and generally has dissolved-solids concentrations less than 1,000 milligrams per liter (mg/L). Groundwater having less than 250 mg/L TDS concentration is typically located in recharge areas along valley or basin margins and in high mountainous areas. Lower parts of valleys/basins typically contain more saline (salty) water. 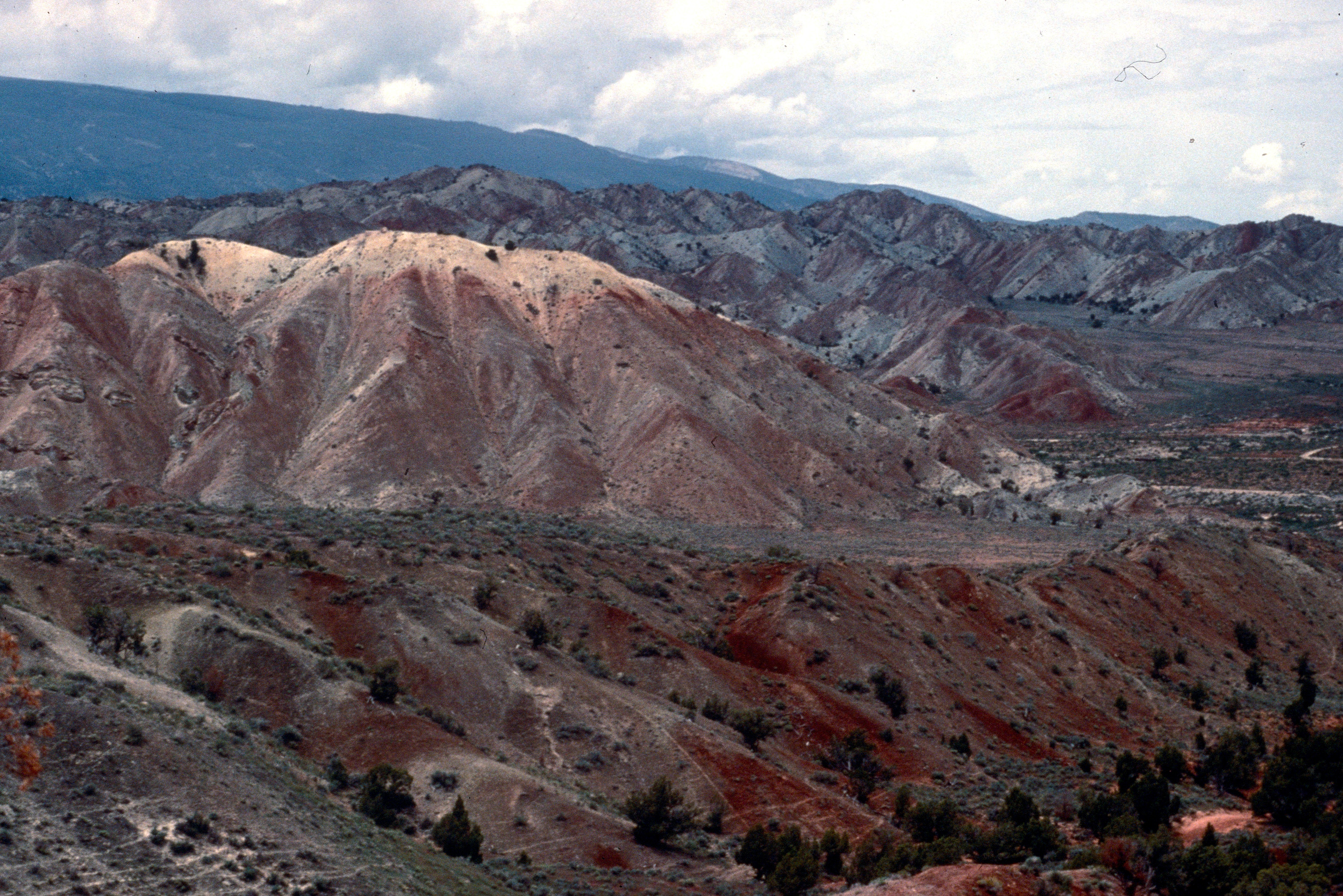 Water quality often declines over time in areas where groundwater pumping for irrigation lowers the water table and recharge comes from water recycled through the soil, such as the Sevier Desert, Pahvant Valley, and the Beryl-Enterprise area. Sandstone aquifers generally have TDS concentrations less than 1,000 mg/L.

The water chemistry from wells, springs, and streams in different locations and at different well depths, when viewed with other physical data, can help scientists infer flow paths and residence time of groundwater and interactions with surface water. 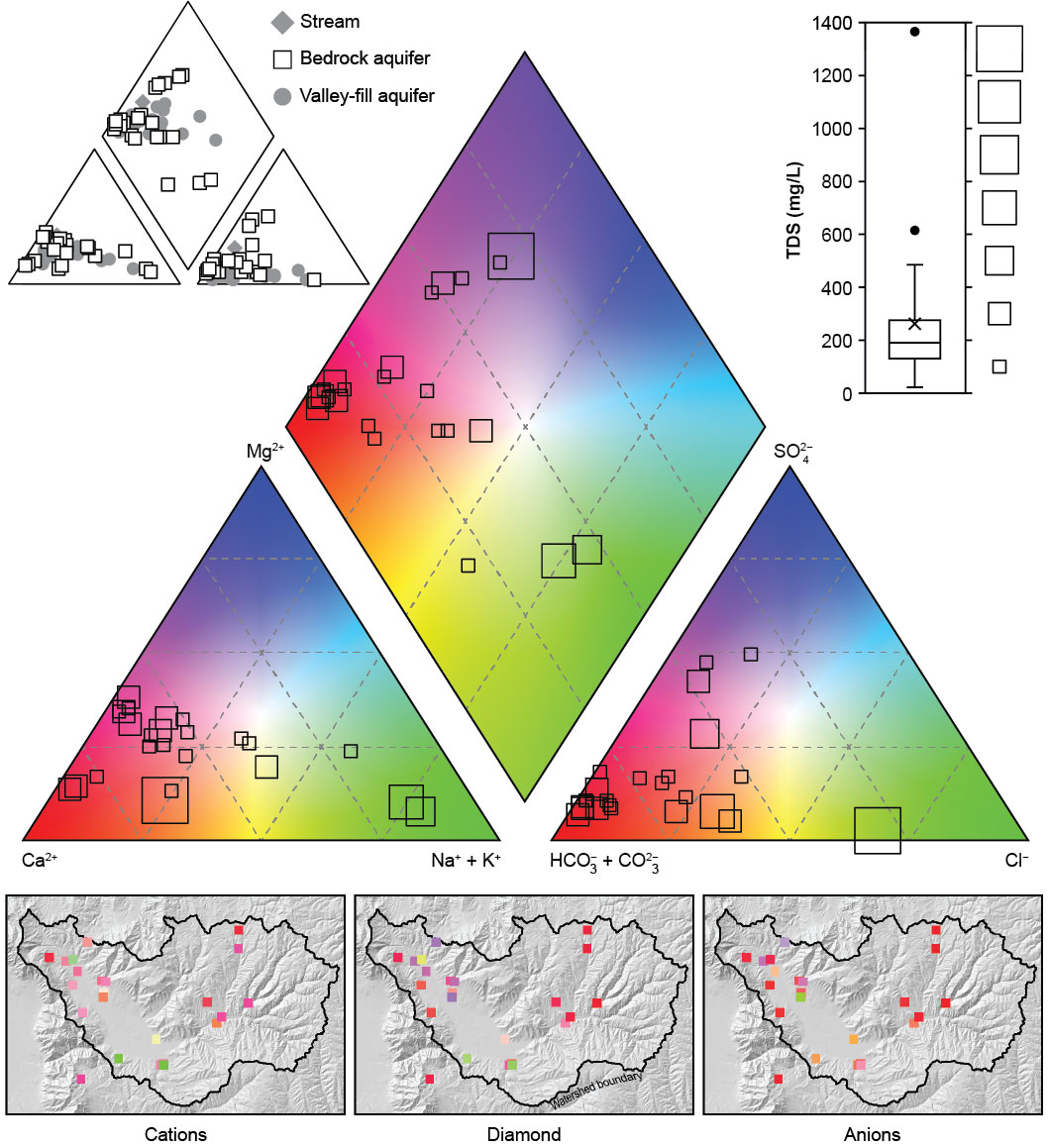 The proportion and amount of dissolved ions in groundwater, often visualized using Piper diagrams, can reveal clues about how much mixing occurs between aquifers and which rocks have the most influence on groundwater chemistry.

FIGURE: Piper diagram of water chemistry in bedrock wells in Ogden Valley, Weber County, Utah. The location of symbols in the triangles shows the relative proportion of cations and anions in samples, whereas the size of the symbols is proportional to the amount of total dissolved solids (TDS) in the samples. The maps below the Piper diagram show where each of the samples are located, allowing the viewer to see where groundwater may be influenced by rock type. For example, limestone likely influences wells located at red squares (calcium-bicarbonate dominant water) and halite may be impacting green square wells (sodium-chloride dominant water). Comparing this Piper diagram of bedrock groundwater chemistry to similar diagrams of streams or the valley-fill aquifer wells can show the location of bedrock aquifer discharge to the valley fill or streams.

Many communities in Utah are experiencing population growth. Many rural areas in Utah depend on groundwater as their primary source of water within valley-fill aquifers, and with increasing population growth, some communities are opting to classify their local aquifer. The UGS has been involved with 10 hydrogeologic studies in Utah to help communities gather the necessary hydrogeologic data required to formally classify aquifers, and thereby provide a measure of protection to their groundwater resources.

Under Utah’s Administrative Rules for Ground Water Quality Protection, groundwater quality classes are based on total-dissolved-solids (TDS) concentrations as shown in the table below. Two other classes, IB and IC, are not based on groundwater chemistry.

1Irreplaceable groundwater (Class IB) is a source of water for a community public drinking-water system for which no other reliable supply of comparable quality and quantity is available due to economic or institutional constraints; it is a groundwater quality class that is not based on TDS.

2Ecologically Important groundwater (Class IC) is a source of ground-water discharge important to the continued existence of wildlife habitat; it is a groundwater quality class that is not based on TDS.

3For concentrations less than 7000 mg/L, mg/L is about equal to parts per million (ppm).

4Water having TDS concentrations in the upper range of this class must generally undergo some treatment before being used as drinking water.

6May have economic value as brine.