Utahns who want to tap the sun and wind for energy might be eligible for cash rebates of up to nearly $5,000.

The money — which Utahns now can apply for — would come from the state’s share of the federal stimulus aimed at renewable energy.

Rebates also will be available for energy-efficient appliances purchased and installed starting May 12.
Reports from the East Coast said that states began offering the rebates at the end of last week, but by Monday they were all taken. That’s because those states allowed residents to reserve the rebates before they actually bought the appliances or installed the systems, Tallackson said.

2. Appliance rebate
Applications for rebates will be mailed-in by the consumer after purchasing an eligible appliance. There will not be a reservation process for appliance rebates. Rebates will be paid on a first received, first processed basis until funds are exhausted. 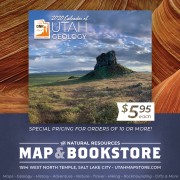 Laying to Rest an OverARCHing Issue

About Utah: A tale of 2 cameras