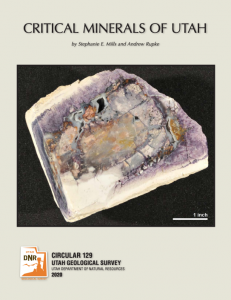 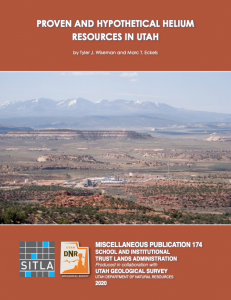 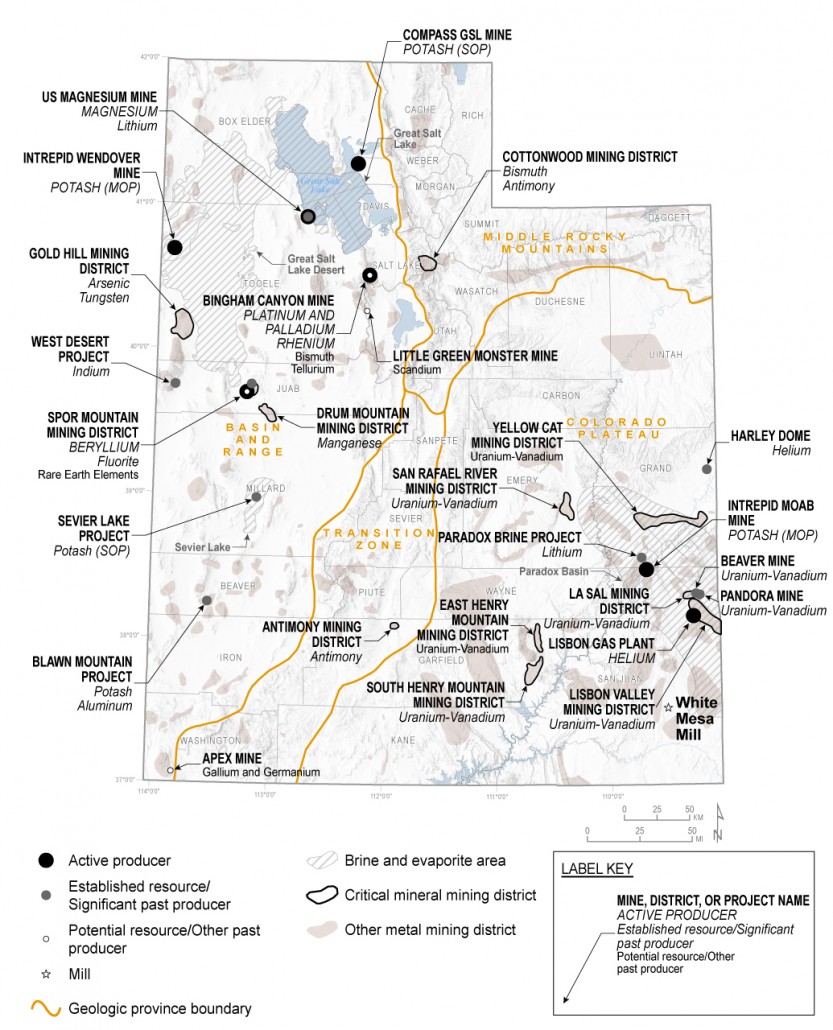 Salt Lake City (July 6, 2020) – When it comes to the most vital mineral resources in the United States, Utah hosts 28 and actively produces six of the nation’s 35 “critical minerals.” Critical minerals are essential to our security and economy, but vulnerable to supply disruptions due in part to a reliance on imports.

This import dependency creates a strategic vulnerability to foreign governments, natural disasters, and other events like the COVID-19 pandemic. A recently released report by the Utah Geological Survey (UGS) highlights Utah’s current and potential critical mineral production, and a second report provides in-depth detail on helium.

The minerals that are deemed critical change with time, dependent upon supply vulnerability and societal needs. Today, many critical minerals are used in clean-energy technologies and high-tech devices including smartphones, tablets, and a multitude of other electronics.

As one of the top ten states for mineral production value for the past decade and the second most favorable mining jurisdiction in the contiguous United States in 2019, Utah is poised for further development of domestic critical mineral resources. 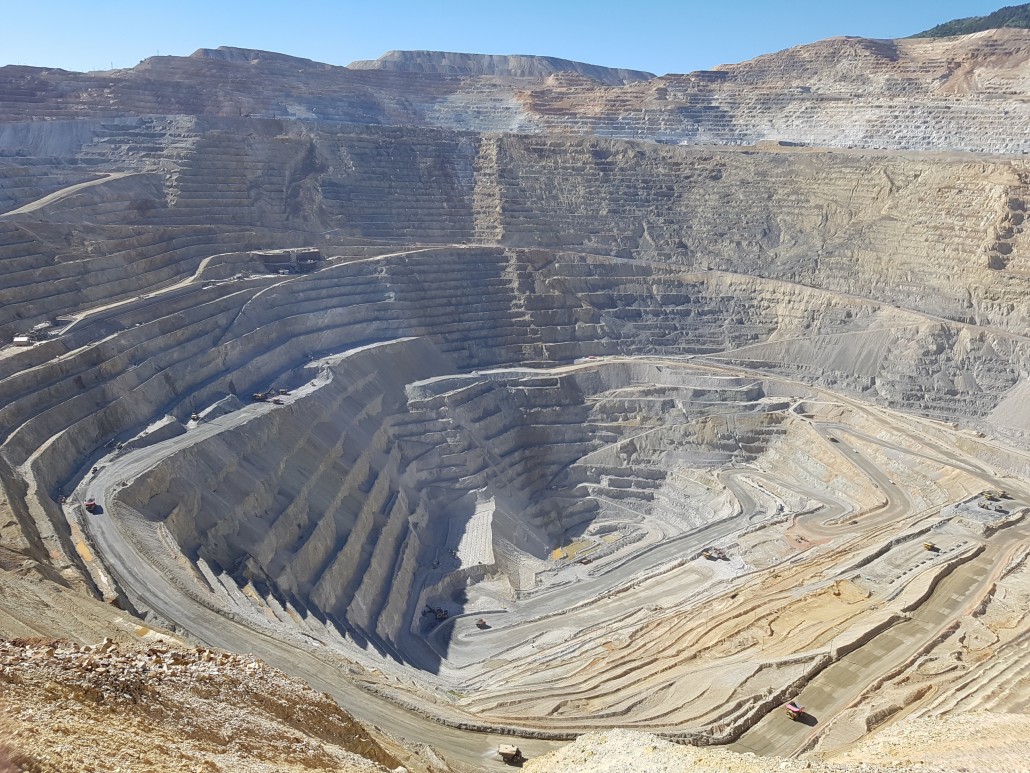 The open pit at the Bingham Canyon mine.

Circular 129 was made possible with support from a U.S. Geological Survey National Geological and Geophysical Data Preservation Program grant. Miscellaneous Publication 174 was produced as a collaboration between the Utah Trust Lands Administration and UGS.