Salt Lake City (Oct. 15, 2020)—The Utah Geological Survey (UGS) has joined a new collaborative partnership to research Carbon Capture, Utilization and Storage (CCUS), a process being developed to reduce the amount of carbon dioxide released into the atmosphere. Carbon dioxide is a natural and essential component of the atmosphere, but also a greenhouse gas causing global warming and climate change. During the CCUS process, carbon dioxide emitted by an industrial source such as coal-fired power plants is captured and stored long-term in confined, deep saltwater-bearing rock formations. Alternatively, industry can use captured carbon dioxide to squeeze out oil trapped in reservoirs.

For two decades, the UGS has been investigating the state’s subsurface geology and industrial infrastructure to determine the safety and viability of injecting carbon dioxide into underground rock formations. As part of this new initiative to share data and advance research on CCUS, the UGS along with the University of Utah’s Energy & Geoscience Institute, joins 15 other state and federal entities to form the Carbon Utilization and Storage Partnership, or CUSP. The U.S. Department of Energy awarded CUSP $5 million for the project, with the UGS receiving about $140,000.

Nationwide and in many other countries, CCUS is moving forward. Multiple large-scale commercial projects are in the planning stages and the list is growing. The UGS has been a major contributor on numerous previous CCUS programs and will play an important role in CUSP, especially as it relates to Utah.

In the past, Utah and the UGS have played a key role in three large-scale CCUS projects funded by the Department of Energy. For these projects, the UGS (1) studied rock reservoirs on the Colorado Plateau that contain natural carbon dioxide and are analogs for storing captured carbon dioxide, (2) evaluated Utah’s largest and one of its oldest oil fields, the Greater Aneth in San Juan County, to demonstrate that its rock reservoir can safely store carbon dioxide after it is used for enhanced oil recovery, and (3) conducted the geological characterization of potential storage reservoirs, such as the Navajo Sandstone, to safely store carbon dioxide from a coal-fired power plant in central Utah. UGS geologists used rock outcrops, oil-field cores stored at the UGS’s Utah Core Research Center, and subsurface geology based on oil and gas well logs for their contribution to these projects. A key component of these studies was to identify the risk of carbon dioxide leakage from rock repositories. More information about the UGS’s past CCUS projects can be found at https://geology.utah.gov/resources/energy/carbon-sequestration/. 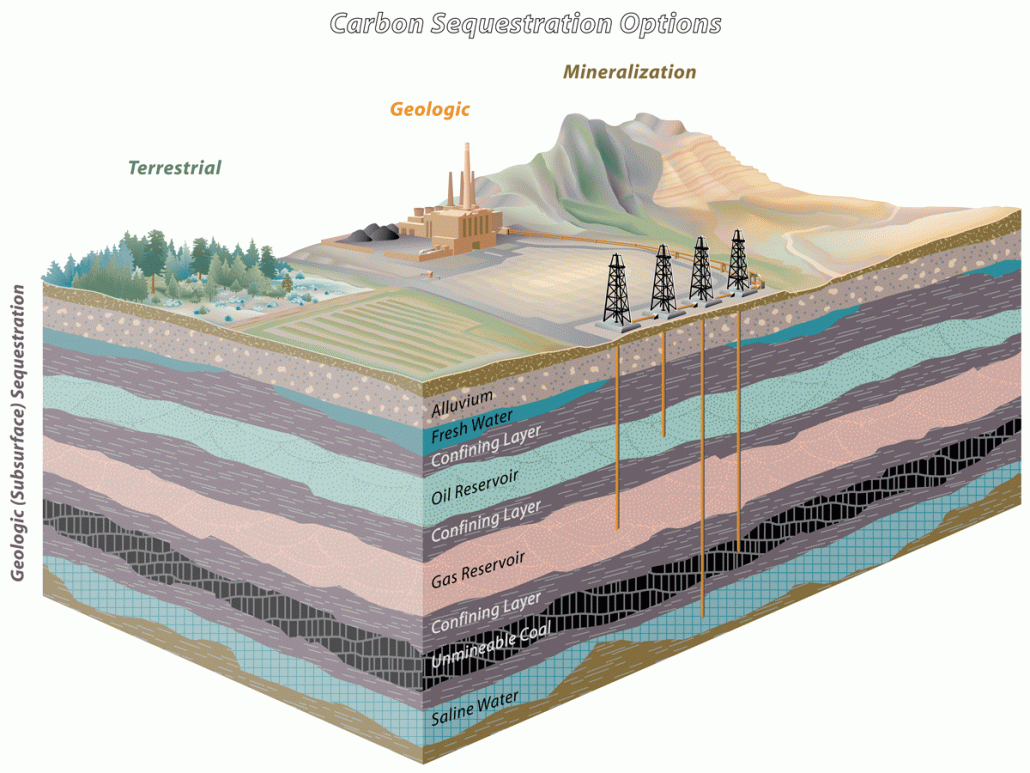 My Tweets
Join Our Team

UGS is a partnering with the AASG to collect data on the societal and economic...
Scroll to top