A court ruling, and the inaction of Nevada lawmakers, means any agreement on Snake Valley water won’t happen until at least 2011, according to Mike Styler, executive director of the Utah Department of Natural Resources.

During a session of the Utah Water Users Workshop, Styler said the Nevada Legislature did not take significant action last month on a Nevada Supreme Court decision that called into question the rights concerning the water resource beneath areas of western Utah and eastern Nevada.
In a shared water agreement with Utah, the Southern Nevada Water Authority has proposed pumping water from the aquifer 300 miles south to satisfy the growing needs of Las Vegas.
Utah water users are concerned the proposal could have a negative impact on their water rights and air quality from dust that could result as areas become more parched.

Styler took his audience through a history of the proposed agreement that began in 1989. The Nevada court decision was significant because a lower court must now decide if Nevada state engineer Tracy Taylor “violated his statutory duty” when he failed to make a decision by 1991 on 34 applications by the Southern Nevada Water Authority for rights to water in aquifers under three Nevada valleys. 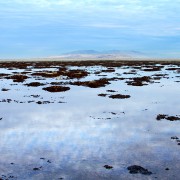 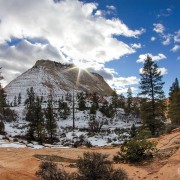