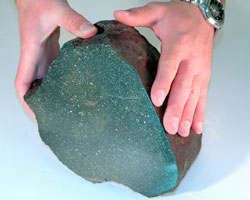 The Gunlock Meteorite originated from the asteroid belt between Mars and Jupiter. 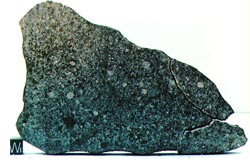 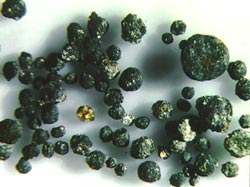 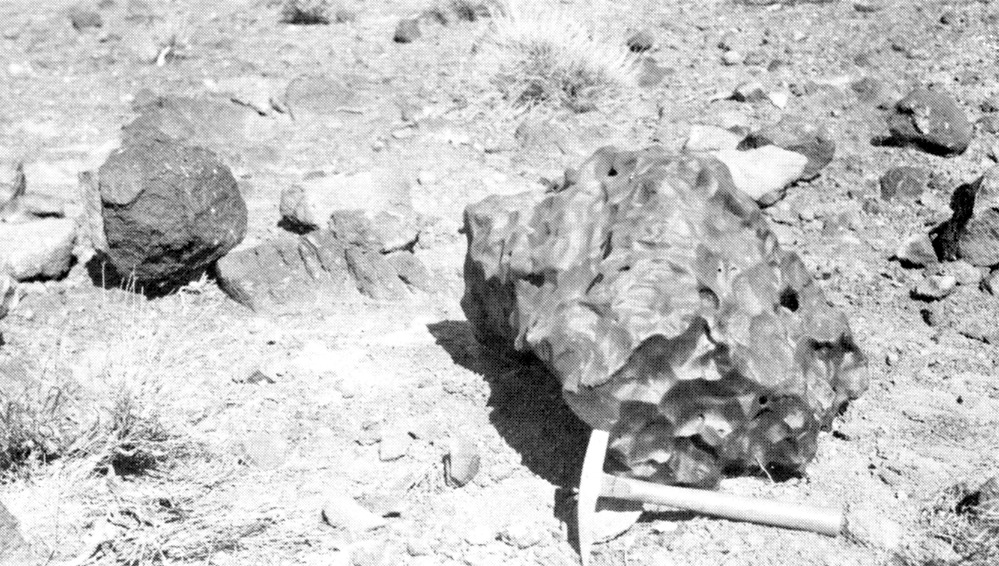 A meteoroid is any solid object moving through interplanetary space that is smaller than a planet or asteroid.

A meteor is the bright trail in the sky left by the falling meteoroid vaporizing due to atmospheric friction.

A meteorite is a meteoroid that lands on the surface of a planet or a moon.

You found a strange rock. It is heavy, dark-colored, and magnetic; so you are thinking it must be from outer space. You visualize it falling through the air in a blaze and landing right where you are.

Let’s do a reality check.

The odds of finding a meteorite are slim even if you see it fall. Most disintegrate before reaching the ground.

Most meteorites on Earth (99.8% of the approximately 34,000 recorded) originally orbited the sun in the asteroid belt located between the orbits of Mars and Jupiter.

Some meteorites found on the earth are rocks knocked off the Moon and Mars by meteoroid impacts. A little over 100 meteorites are considered to be lunar meteorites because their mineralogy, composition, and texture resemble moon rocks collected during the 1969-1972 Apollo moon missions.

Stony meteorites generally resemble dark, heavy, clastic, sedimentary Earth sandstones or conglomerates. Chondrites contain spherical glassy particles called chondrules; achondrites do not. Chondrules may be the oldest material in the Solar System, about 4.5 billion years old, the age of the Solar System. Eighty-two percent of all the meteorites on Earth are chondrites and 7.8 percent are achondrites.

Iron meteorites are some of most distinctive meteorites because they have a metallic appearance, are very heavy, and usually have smooth depressions called regmaglypts on their surface that resemble “thumb prints.”

Stony-iron meteorites are mixtures of metallic iron-nickel and non-metallic materials.

According to the Meteoritical Bulletin Database of the Meteoritical Society, there have been only 1541 meteorite finds in the United States between 1807 and 2007, and only 91 of those were witnessed falls. These records also indicate that from 1869 to 2004 there were 18 meteorites found in Utah, including one witnessed fall and subsequent find, a rare event.

How to determine if your rock is worth sending to a chemical lab and a scientist to be verified as a meteorite.

Remember a meteorite rule caveat: few rules are without exceptions.

If you and your rock have passed all tests, the next step is to contact someone to do the verification. Go to the following sites for verification procedures: