The Ogden 30′ x 60′ geologic map area extends from Ogden, Utah, to Evanston, Wyoming, and includes the growing Wasatch Front and Ogden and Morgan Valleys. The quadrangle is a popular all-seasons recreational area with scenic vistas, skiing, snowmobiling, boating, fishing, hiking, biking, camping, second homes, and more. The area is economically important because the Bear, Weber, and Ogden Rivers, which drain the area and are impounded in several reservoirs in the quadrangle, supply water to the Wasatch Front. The area is also economically and geologically important because of gas and oil fields on the east margin of the map area, and because of more mundane resources like the cement plant near Devils Slide and numerous sand and gravel pits. 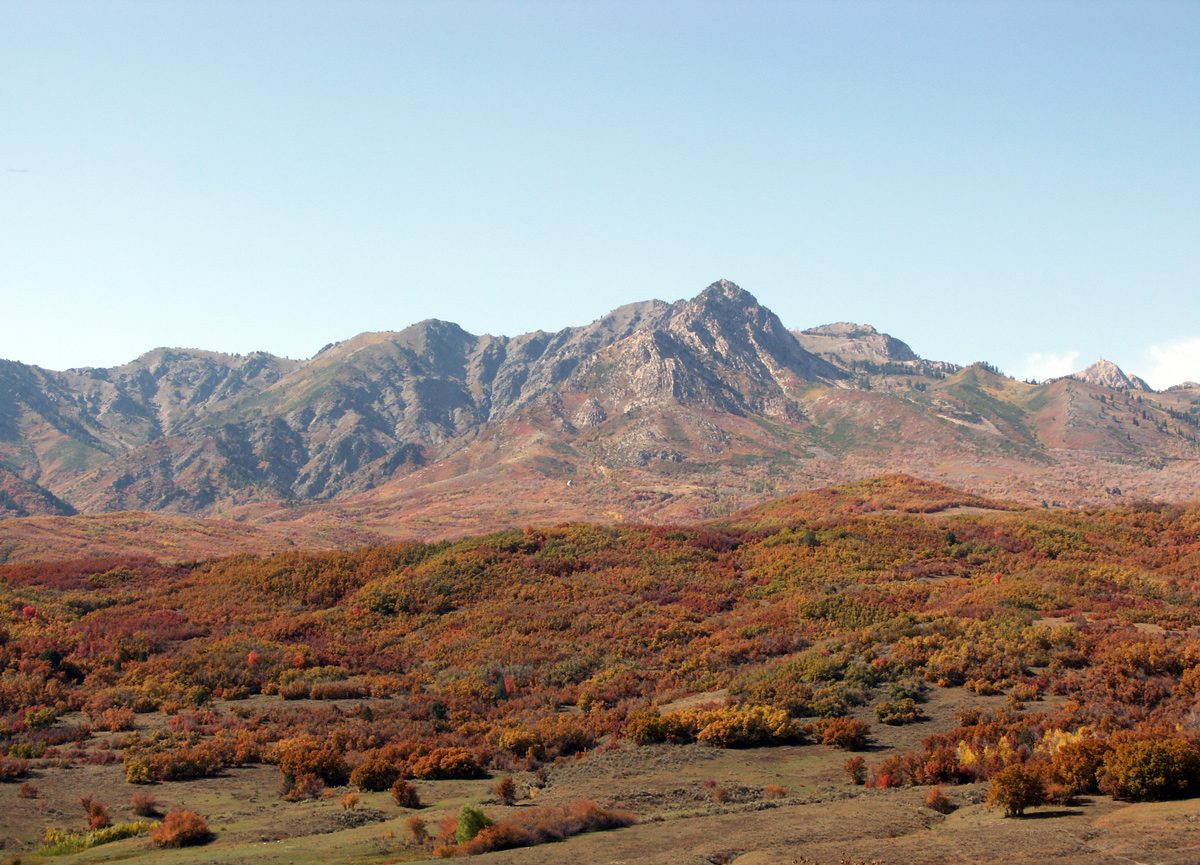 A 30′ x 60′ geologic map is useful for recognizing large-scale structural geologic patterns of faults and folds, thickness changes in rock units, unconformities, where rock units are exposed and may be located in the subsurface, and what areas are more susceptible to geologic hazards, at least in a gross way (for example, landslides in the Norwood Formation). On the new Ogden map, like some other geologic quadrangles, valuable rock units are mapped separately from other units; for example, the Nugget and Twin Creek Formations which are gas and oil reservoirs, the Phosphoria Formation which contains potential phosphate resources, and specific Twin Creek Formation members (subunits) which contain material for cement and aggregate.

This map will be released as a geographic information system (GIS) product with supporting materials that include map unit descriptions, an index to detailed geologic mapping that was simplified to make the Ogden map (both with references cited), an explanation of line and point symbols on the map, multiple bedrock lithologic columns and correlation charts, and a correlation chart for Quaternary surficial deposits. This is the first attempt to systematically map the surficial deposits in the Ogden quadrangle, including the glacial deposits in the northern Wasatch Range, on Durst Mountain, and in the southern Bear River and Monte Cristo Ranges, and to map sinkholes (karst). On previous maps, surficial deposits were mapped inconsistently—one mapper decided some deposits were too thin to show, while another mapped similar deposits. Our new Ogden map has about 90 surficial-deposit units and about 180 bedrock units, with map-unit descriptions and references in excess of 100 pages.

History of thrusting in the Idaho-Utah-Wyoming fold-thrust belt (modified from previous work). (A) Ages of thrusting and fossil pollen in conglomerates from the Ogden project. Fission-track ages (red dots) and 40Ar/39Ar ages (red lines with arrows) from previous work.
(B) Thicknesses and names of strata related to major thrusts in Utah and southwest Wyoming. Note that conglomeratic intervals (ellipses) are east and west of associated thrusts. Lower Cretaceous strata (Kl) are thickest in the foredeep associated with the Willard (Paris, Laketown-Meade) thrusts. Middle Cretaceous strata (Km) record movement on the Crawford thrust and regional subsidence, indicated by thick shales. Upper Cretaceous strata (Ku) record two episodes of movement on the Absaroka thrusts, with uplift of and erosion over the Moxa arch. Lower Tertiary strata (Tl) record movement on the Darby (Hogsback) thrust.

Why map the Ogden 30′ x 60′ quadrangle? Specifically, to replace less detailed geologic mapping that is over 30 years old and does not reflect geologic knowledge generated during the late 1970s and early 1980s energy boom. The new Ogden map fills a hole between similar 30′ x 60′ geologic maps to the north (Logan), south (Salt Lake City), and east (Kemmerer and Evanston, Wyoming). Fortunately for Utah, Jim Coogan, who had mapped similar terrain for his Ph.D., was available to map most of the quadrangle and, as a bonus, had access to energy-boom data.

The Cretaceous and early Tertiary rocks were deposited when the first four rock groups were deformed into a fold and thrust-fault (or overthrust) belt that is part of the Cordilleran mountain chain that spans western North America from Alaska to Mexico. The folding and thrusting created the complex geology in the western and central parts of the Ogden 30′ x 60′ map area, including thrust-stacking of Precambrian rocks, and the gas and oil fields near the Utah-Wyoming border. Typically, in the Idaho-Utah-Wyoming area the numerous thrust faults get younger to the east, but the timing is more complicated in the Ogden map area. Huge alluvial fans that are now Cretaceous conglomeratic rocks were shed off the mountains built during the folding and thrusting (a mountain-building event is known as an orogeny). Smaller early Tertiary alluvial fans (now sedimentary rocks) were shed from mountain remnants during waning stages of the orogeny and are conglomeratic in the central part of the map area. Later Cenozoic rocks and surficial deposits are in valleys that formed during normal faulting. As demonstrated by normal faults that break the ground surface (form scarps), more recent (Quaternary) faulting has occurred in at least a dozen roughly north-south trending valleys throughout the map area, and may present a serious earthquake risk.

Index to detailed geologic mapping of the Ogden 30′ x 60′ quadrangle, with U.S. Geological Survey 7.5-minute quadrangle names. Green
areas are mapping completed for this project. Blue areas are other mapping in project area. All Maps, Miscellaneous Publications (MP), and
Open-File Reports (OFR) shown have detailed Quaternary mapping and are published by the Utah Geological Survey.

As a major contribution to the geology of Utah, this is the first regional map of the Utah-Idaho-Wyoming fold and thrust belt to use extensive fossil pollen data (palynology), removing the earlier speculation and assumptions about non-marine Cretaceous and Tertiary synorogenic (deposited during orogeny) rocks. Through our painstaking mapping of angular unconformities, our sampling for and analysis of fossil pollen by Gerry Waanders, and previous work by the U.S. Geological Survey and Chevron on fossil pollen, we now know the outcrop patterns and geologic ages of the numerous synorogenic conglomerates (and thrust deformations) in the Ogden map area. These conglomerates were dated by identification of the age-specific fossil pollen they contain, with previous isotopic and fission-track dating providing age control in uplifted areas. With previous studies and our own work, these conglomerates have been tied to specific thrust sheets by being on or near the thrust sheets, and by rock types in the conglomerate clasts being from formations on the related thrust sheet.

As with many geologic maps, the references cited in the supporting materials for the new Ogden map can be as important as the map itself for people who want more detailed geologic information. Specifically during the Ogden project, the UGS has or will publish detailed geologic maps for nearly half of the 32 7.5-minute quadrangles within the 30′ x 60′ quadrangle. These detailed maps show Quaternary deposits that were removed from the 30′ x 60′ map to better show the bedrock geology.

The Ogden 30′ x 60′ geologic map is expected to be released later this year (2016). Please check the UGS website’s 30×60-minute quadrangle geologic maps to see if the final map is available. Prior to 1992, Jon worked for the Wyoming State Geological Survey for seven years investigating industrial minerals, construction materials, uranium, thorium, rare earth elements, and even gold, and generating about 30 publications.