What should you do if you find a fossil? Can you keep it? Should you report it?

By Carole McCalla and Sandy Eldredge 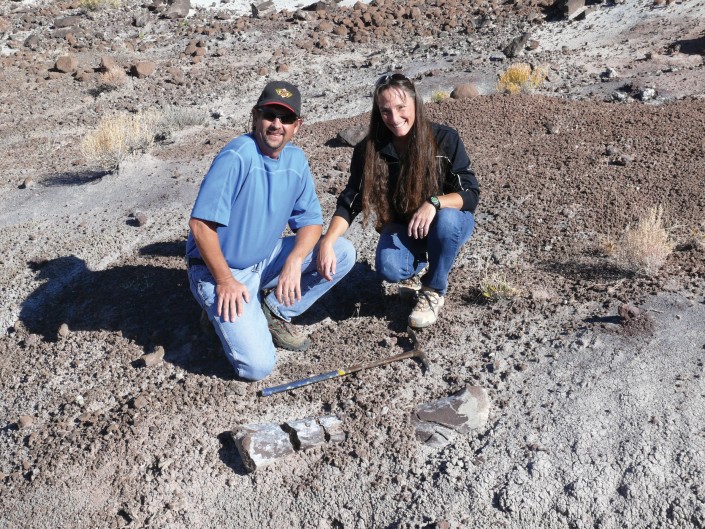 John and Brenda Bell with their discovery, “Bell’s Bone.” 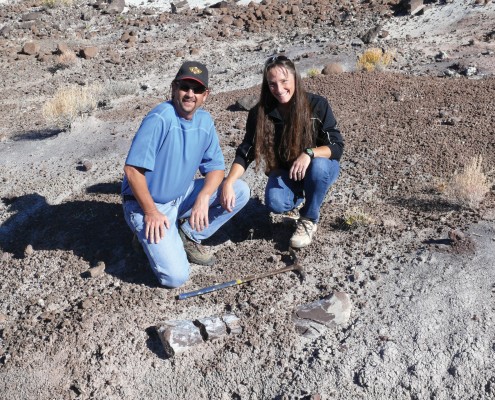 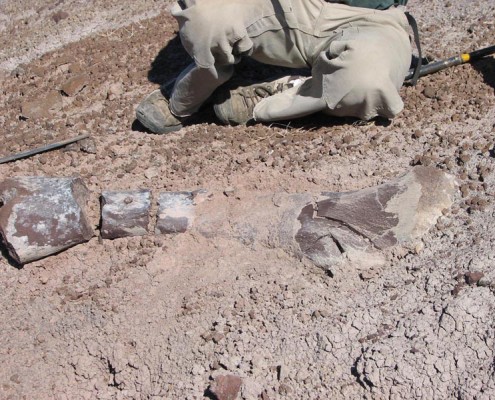 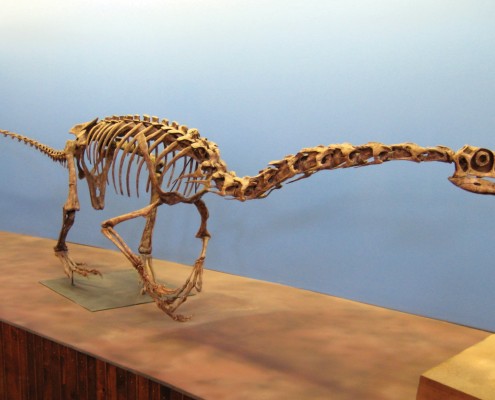 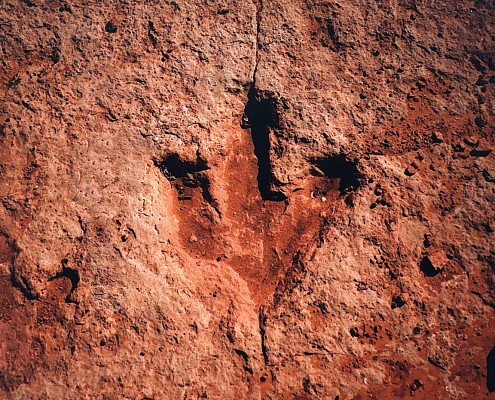 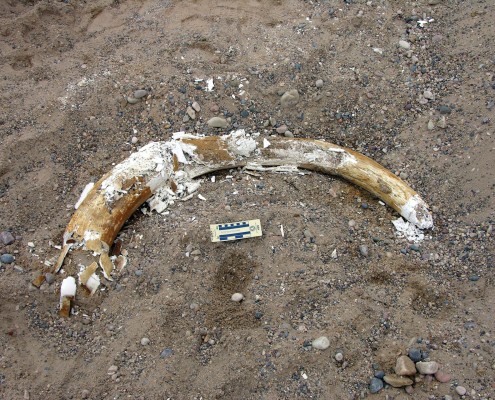 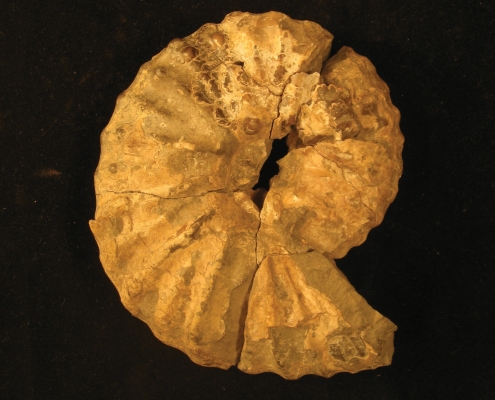 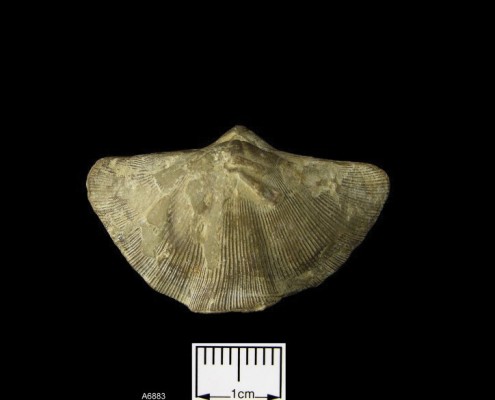 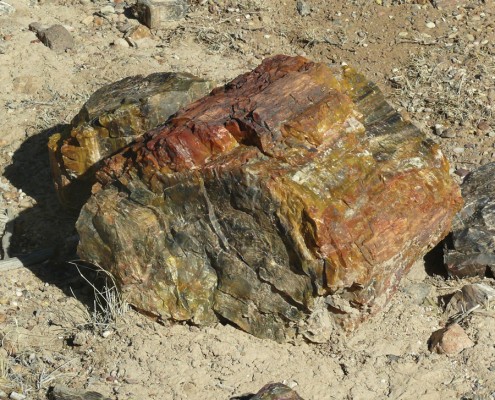 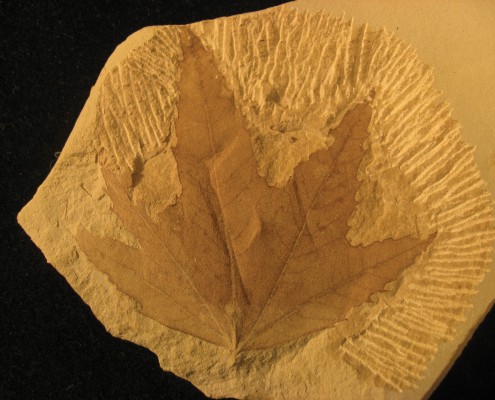 For fossil finds, search here for your local geological survey.

Vertebrate fossils may not be collected on any federal or state lands.

Fossils – remains, traces, or imprints of past plant and animal life – are widely found throughout Utah. Depending on land ownership, some fossils can be collected for personal non-commercial use.

However, vertebrate fossils (see description below) may not be collected on any federal or state lands.

Whether you can keep a fossil or not depends on

Vertebrate fossils are from animals that have a backbone. The fossils include bones, teeth, skin impressions, footprints, tail drags, and other traces of activity. Vertebrates found in Utah include dinosaurs, fish, turtles, and mammals such as mammoths and musk oxen. 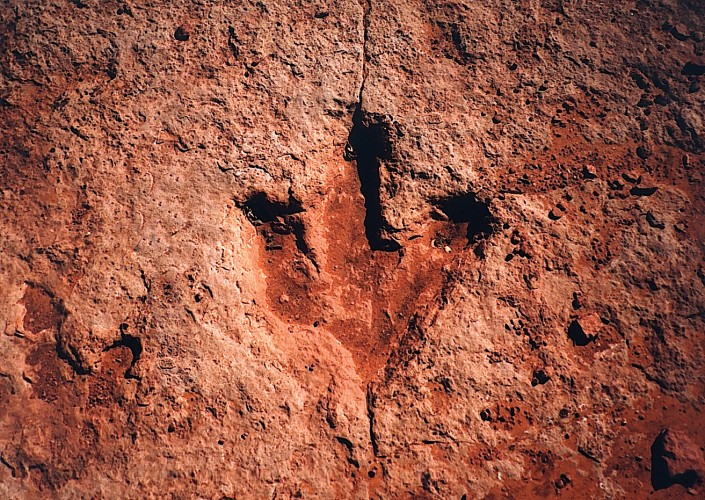 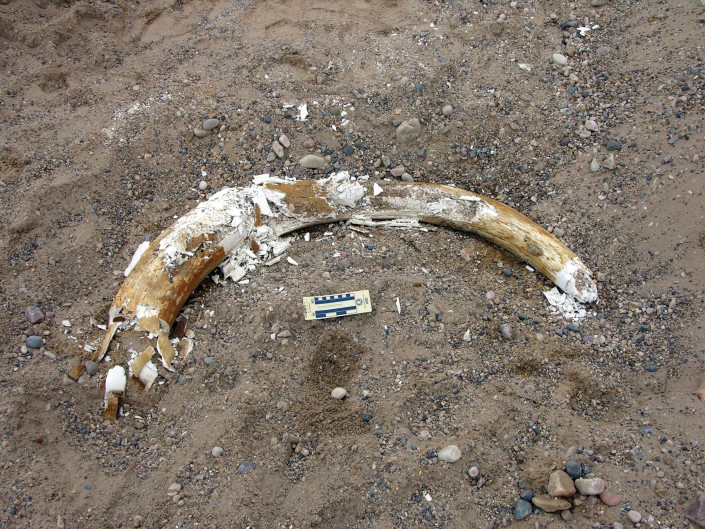 Invertebrate fossils refer to animals that do not have a backbone, such as trilobites, ammonites, clams, snails, coral, shellfish, and insects. 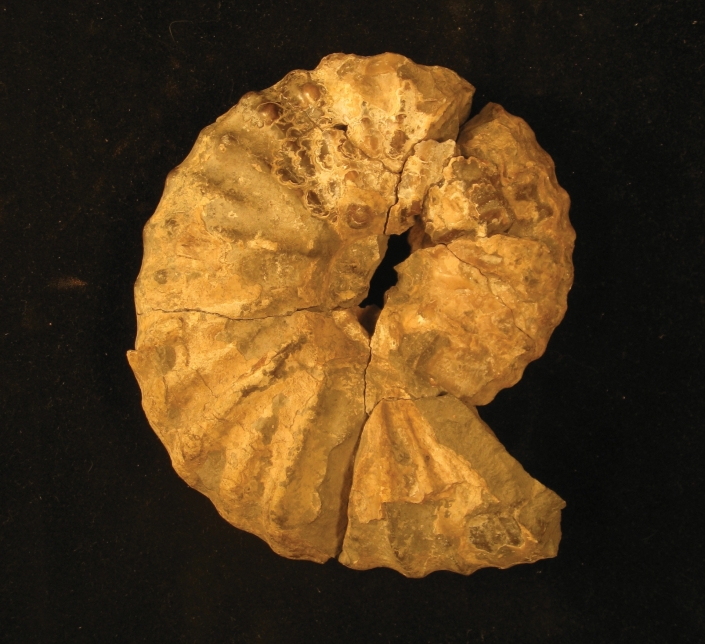 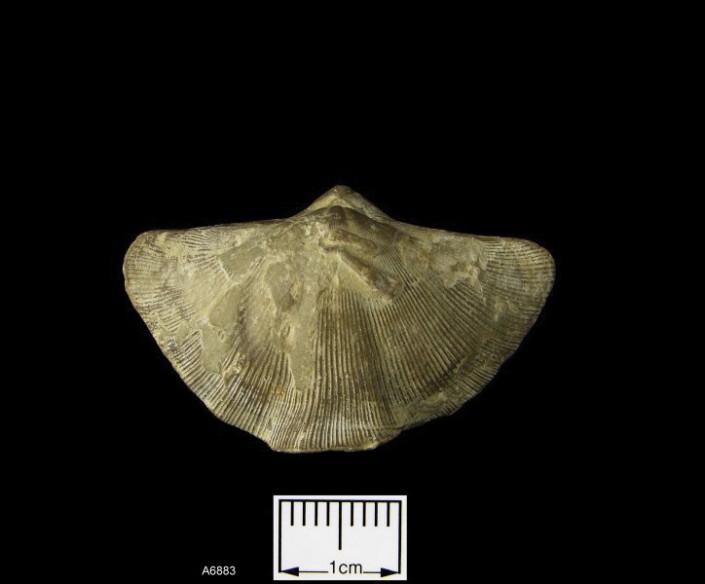 Plant fossils are any remains or traces of ancient plants, including pine cones, impressions of leaves and stems, and petrified wood. 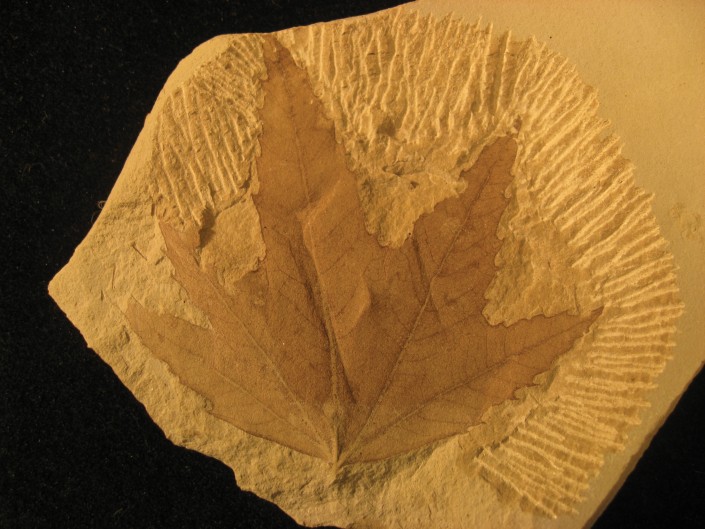 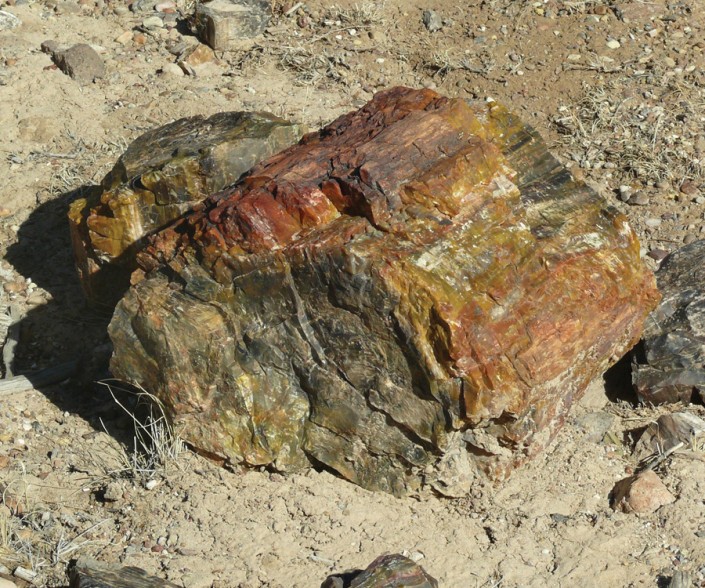 Federal lands are managed by a federal government agency: the Bureau of Land Management (BLM), U.S. Forest Service (USFS), National Park Service, Bureau of Reclamation, Department of Defense, U.S. Fish and Wildlife Service, or Bureau of Indian Affairs. Of these agencies, only the BLM and USFS allow some fossil collecting.

Private lands are held by private owners (including local governments and Indian tribes). 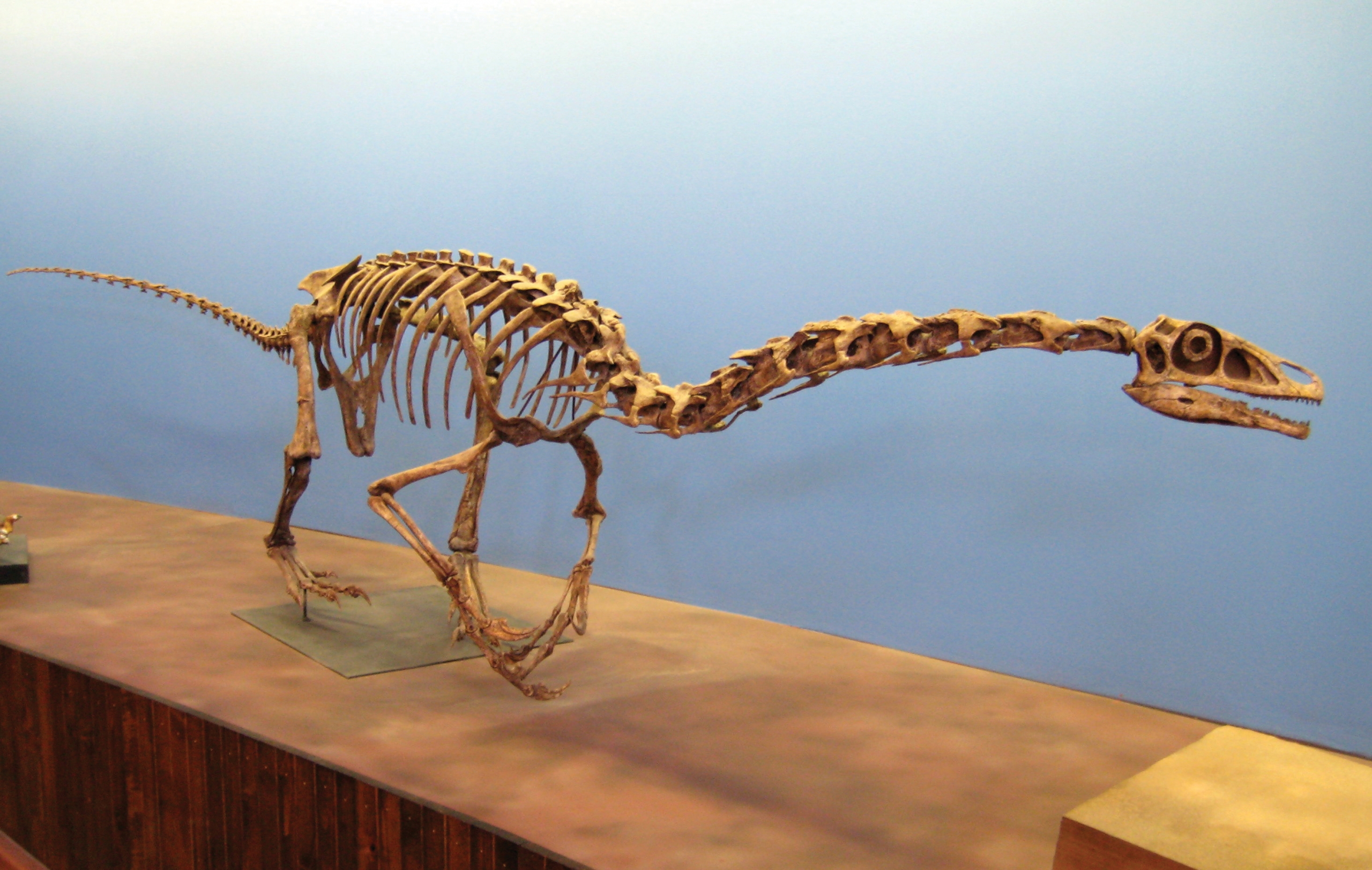 The fossilized skeleton of Falcarius utahensis is on display at the Natural History Museum of Utah.

Many fossil finds end up in private collections, depriving the public and scientists of vital opportunities for research, education, and display. Therefore, no matter where you find a fossil or what the fossil is, the UGS strongly encourages you to report your find to the State Paleontologist or other paleontology staff at the UGS. Then, the site of your discovery will be documented for scientific purposes!

A fossil hunter who in 2001 found a site on BLM land filled with dinosaur bones was removing and selling the bones illegally on the black market. Fortunately, once he discovered parts of a distinctive dinosaur neck, he turned the site over to paleontologists.

The site revealed thousands of bones from babies to adults that were identified as being from a very significant new dinosaur species – Falcarius utahensis. Convicted of theft of government property, the individual served a five-month prison term and paid a $15,000 fine.

Couple gets a dinosaur leg bone named after them for reporting their discovery.

In 2007, John and Brenda Bell stumbled across a 4-foot-long fossilized bone while hiking near Arches National Park. Although not experts, the Bells were sure the bone was from a dinosaur and wisely left it undisturbed and then notified the State Paleontologist at the UGS.

The next week, they returned to the site with UGS staff and volunteer assistants. The Bells helped excavate the bone, which was identified as the tibia (shin bone) from one of the largest (up to 90 feet in length) long-necked, long-tailed dinosaurs – the Diplodocus. 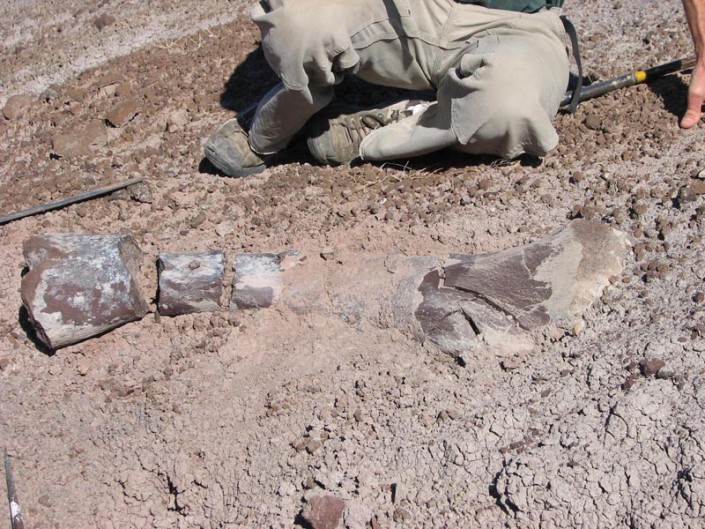