Core Center News: Core Like Never Before: An Unprecedented 1600-Foot Core from the Green River Formation in the Uinta Basin 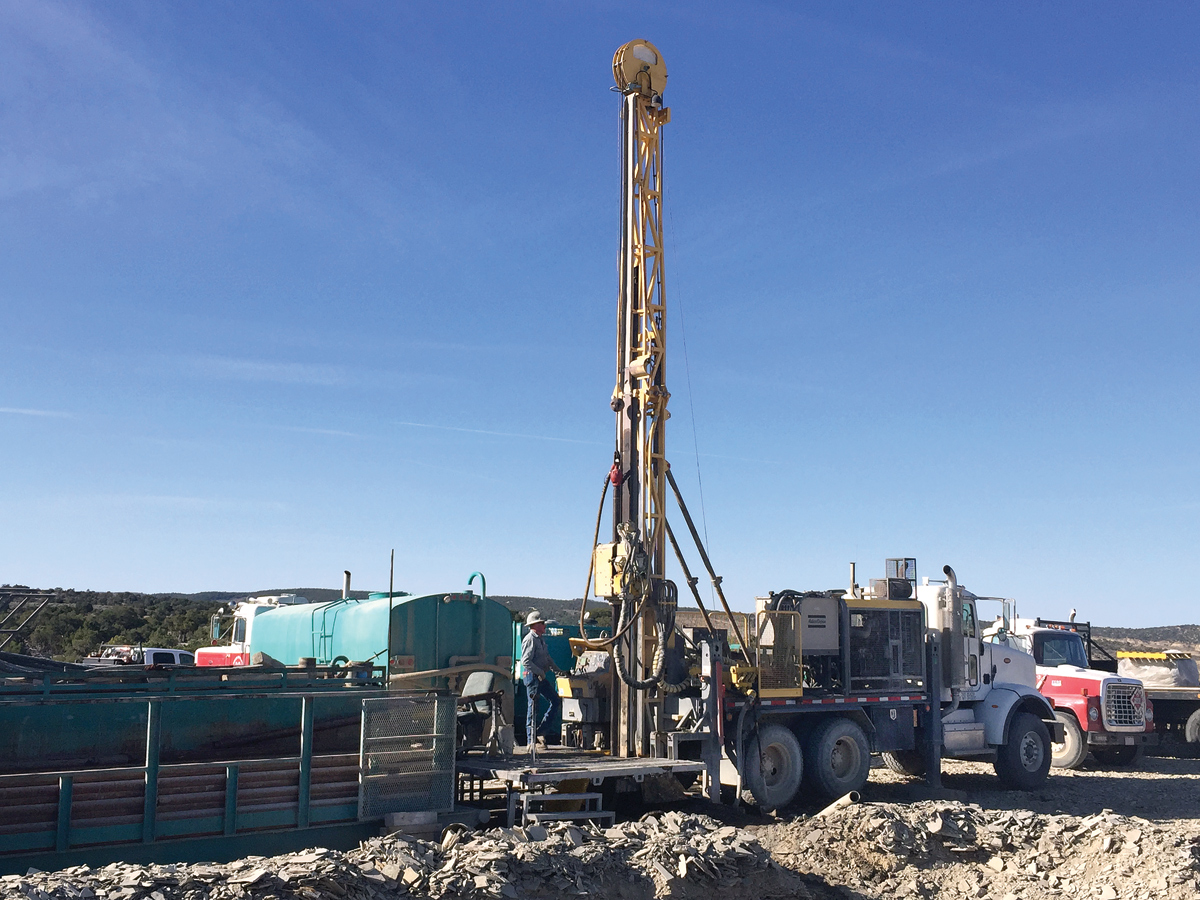 In May 2015, the Utah Geological Survey (UGS) had a unique opportunity to team up with French oil company Total SA and the University of Utah to drill a 1600-foot continuous core from the Eocene-age Green River Formation.  Drilling 1600 feet of core is a rare treat and has provided an unprecedented window into the evolution of ancient (55- to 43-million-year-old) Lake Uinta.  Drilled on the far east side of the Uinta Basin, just over the border in Colorado, the PR-15-7c core is destined to become one of the Utah Core Research Center’s (UCRC) prized and most studied acquisitions.

For several years, the UGS-Total-University of Utah partnership has researched the evolution of Lake Uinta, from initial formation to eventual demise, to better understand how paleoclimate relates to sediment deposition in a lacustrine setting.  Also of interest is the potential for these different sedimentary layers to generate (organic-rich zones) or store (porous reservoirs) hydrocarbons.  Not only is this research important for understanding the Uinta Basin’s petroleum system (the most productive in Utah), but it is also applicable to the study of lacustrine systems around the world.

Drilling of the PR-15-7c core at top left of photo.

The PR-15-7c core captured nearly the entire Green River Formation.  The well was spudded in the upper Parachute Creek Member and coring began only a couple feet below the surface.  The core is missing the very top of the formation due to limitations on drilling location.  Coring proceeded through the famous Mahogany “oil shale” zone, several organic-rich and organic-lean intervals, into the Douglas Creek Member, through the Carbonate Marker unit, the Wasatch tongue, the Uteland Butte, and finally into the underlying Wasatch Formation.  After transport to the UCRC, the core was slabbed (cut length-wise) for improved viewing of the depositional features.  The next step was to describe the core inch-by-inch in fine detail, making notes on lithology, sedimentary structures, mineralogy, fossils, depositional cycles, etc.  This tedious exercise was performed by University of Utah graduate student Jennifer Morris under the direction of Dr. Lauren Birgenheier.  In addition to the description, we collected over 200 samples spaced evenly down the entire core that were analyzed for total organic carbon (TOC), elemental abundances, mineralogy, and thermal properties.  This important analytical work was performed in partnership with the U.S. Geological Survey in Denver, Colorado. 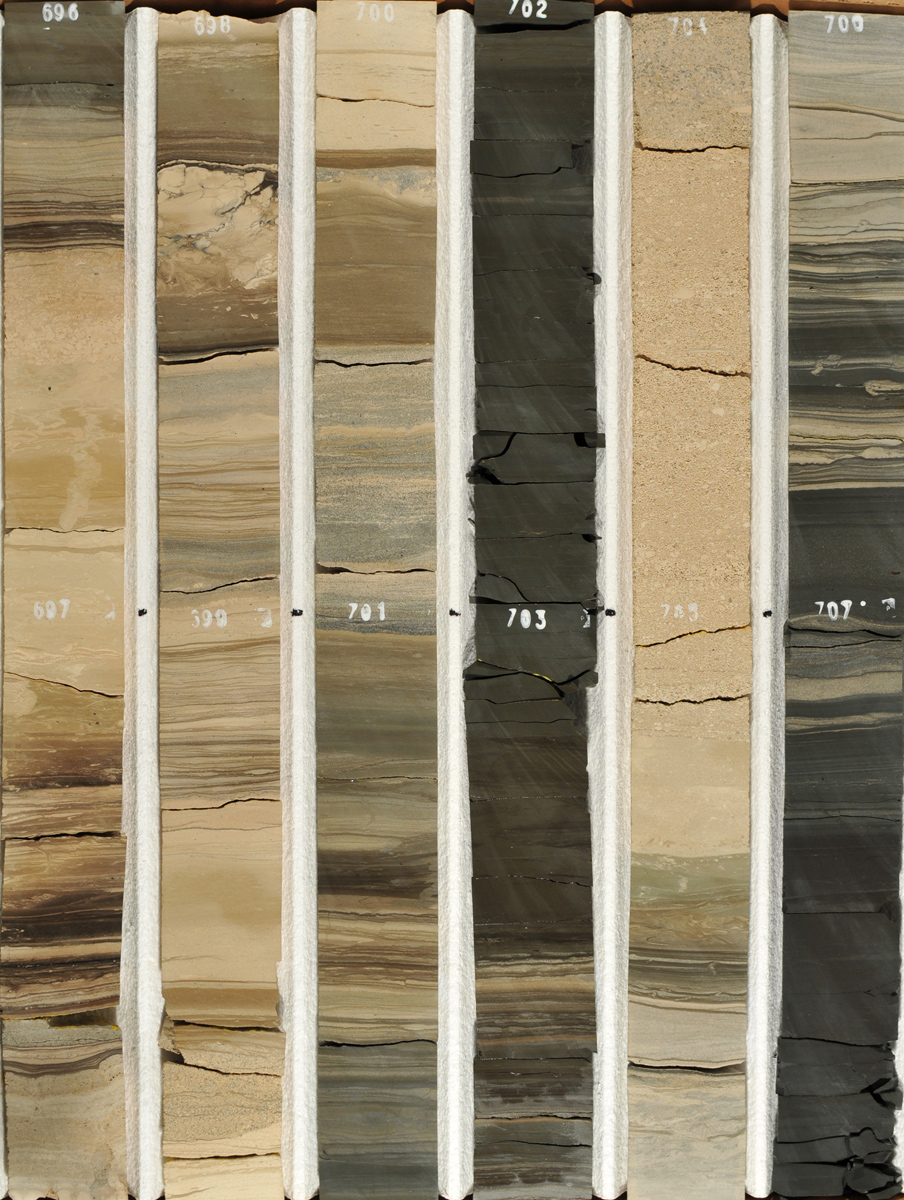 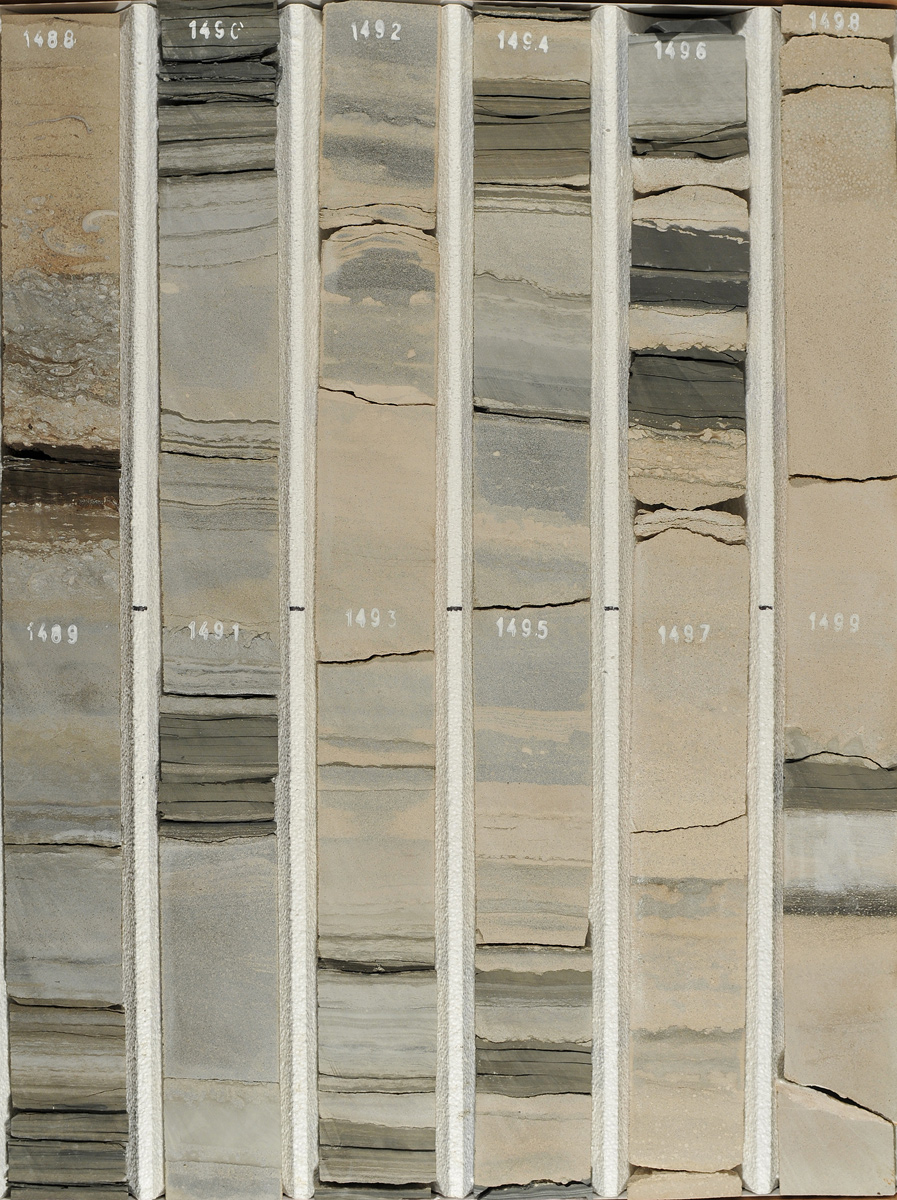 The first transgression of ancient Lake Uinta, recorded in the Uteland Butte interval at the base of the core, occurred after an extensive period of fluvial deposition (Wasatch Formation).  The Uteland Butte displays evidence that Lake Uinta, at its formation, was a freshwater lake with abundant gastropods and bivalves.  These nearshore deposits also record several shallowing-upward lake level cycles and contain evidence of full or partial exposure (preserved mud cracks and thin coal deposits).  After Uteland Butte deposition, the lake regressed, and the core captures a return to fluvial deposition, recorded in the Wasatch tongue interval.  Shortly thereafter, Lake Uinta experienced another dramatic increase in water depth termed the Long Point transgression, marked in the core by an organic-rich, gastropod-rich, limestone bed.  This transition into a larger, deeper lake continued through the entire 278-foot-thick Carbonate Marker unit, which is composed mostly of organic-rich carbonate mudstones.  Interestingly, the gastropods in the Long Point bed are the last freshwater mollusks found throughout the rest of the existence of Lake Uinta, suggesting that from this point on, the lake was moderately to strongly saline.

Stratigraphy and description of the PR-15-7c core.

Starting at about 1080 feet in core depth, there is a dramatic change in lithology.  The Douglas Creek Member marks a transition to a more siliciclastic-dominated system with preserved delta channels and distal mouth bar deposits from an expanded influx of sand into the lake brought by significant river systems.  Lake level was fluctuating at this time but is thought to be relatively lower than previous intervals.  In addition, during this time microbialites start to appear, most likely growing in the off-channel lagoons of the deltas.  At about 710 feet in core depth, the lake again returned to a more carbonate-dominated system represented by the Parachute Creek Member.  This upper Green River Formation interval is well known for its alternating organic-rich (R-zones) and organic-lean (L-zones) intervals, the former prized for its “oil shale” development potential.  Overall the lake was growing in size and depth up through deposition of the Mahogany bed, within the Mahogany zone, located at 115 feet in the core.  This bed represents Lake Uinta’s highest level and largest regional extent (and is the most organic-rich), before retreating again during upper Parachute Creek time (only partially captured in this core).

For researchers interested in studying lacustrine sedimentation, Eocene hothouse climate, lacustrine-hosted hydrocarbon systems, and basic basin evolution, the PR-15-7c core is a unique and invaluable resource.  Rarely do geologists get to see a continuous section of rock from the subsurface.  Researchers at the UGS have already used this core several times for core workshops, particularly for Uinta Basin oil and gas operators, to help them understand the different intervals of the Green River Formation and how they relate to hydrocarbon production.  We are only at the very beginning of understanding everything this core has to offer.  We look forward to continued research and collaborations, and to discovering all the secrets hidden within these wonderful rocks.