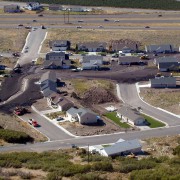 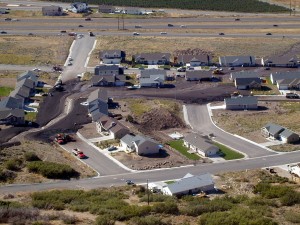 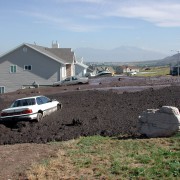 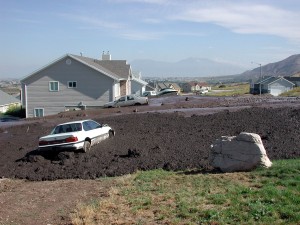 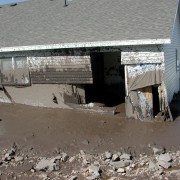 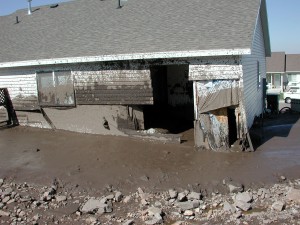 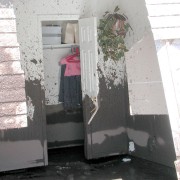 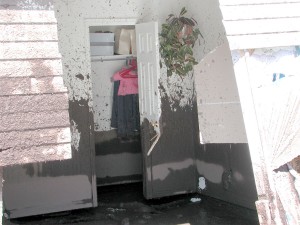 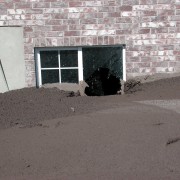 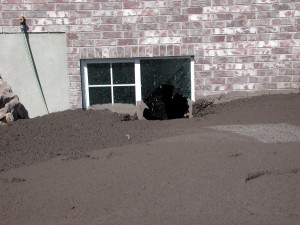 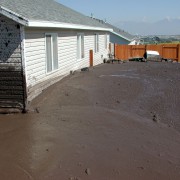 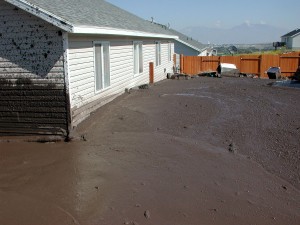 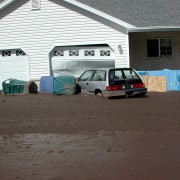 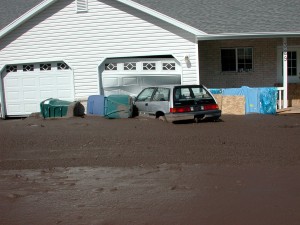 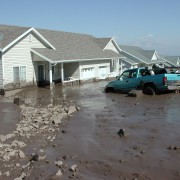 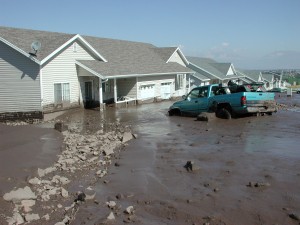 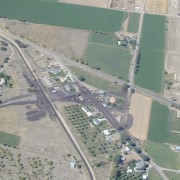 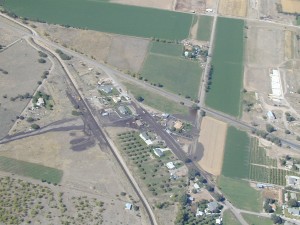 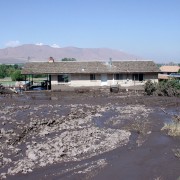 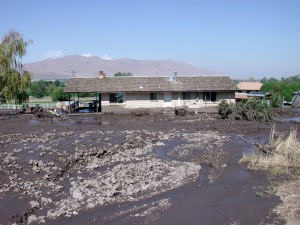 The debris flows started high in the drainages on the east side of Dry Mountain that burned in the 2001 Mollie wildfire, a human-caused fire that burned 8,000 acres between August 18 and September 1, 2001.

The most damaging debris flow traveled through a subdivision in Santaquin. This debris flow moved and partially buried several vehicles, broke through a house wall, and entered other houses through broken basement windows and doors. Debris-flow impacts also tore gas meters from their mounts, causing gas leaks and a small fire. Sediment flow and burial on lots also damaged landscaping and property outside the houses.

A debris flow in Spring Lake filled part of the High Line irrigation canal with sediment, causing flooding in addition to debris-flow damage.