If there is such a thing as good pressure, then that’s what Hurricane Power Director Dave Imlay is currently experiencing.

In May, the Utah Associated Municipal Power Systems gave the city a $121,950 cut of a $1.2 million federal stimulus grant to upgrade Utah streetlights with energy-saving, LED lamps and fixtures.

That means lighting the city would involve less light pollution, less energy and, of course, cost less money. But it also means Hurricane and 13 other Utah municipalities — including Santa Clara and Enterprise — need to get the new lights up as soon as possible.

“We’re under a lot of pressure to get the money spent,” Imlay said. “These LED lights are very expensive. We want to get as many as we can.”

When it comes to pressure, it could be a lot worse than having to spend grant  money on improvements.

Though street lighting is usually a loss for municipalities, Imlay said the addition of the LED lamps would save anywhere from 30-70 percent of energy, depending on voltage.

“We’ll be able to lower those losses,” he said. “We’ll have more revenue and be able to defer any rate increases.”

With the new lights in place, Imlay said the city could expect to save nearly $15,000 a year in reduced power costs.

Instead of replacing all lights with LED replacements of a uniform size and brightness, Imlay said the city has been working to customize different types with different areas. 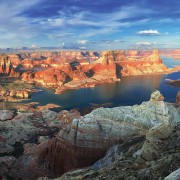 What Happened in the Seconds, Hours, Weeks After the Dino-Killing Asteroid Hit Earth?