Related to the physiographic provinces of Utah, the major aquifers in Utah are characterized by the unique geologic conditions of each province. The three aquifer areas in Utah are the Colorado Plateau, Basin and Range, and the Central Mountains. 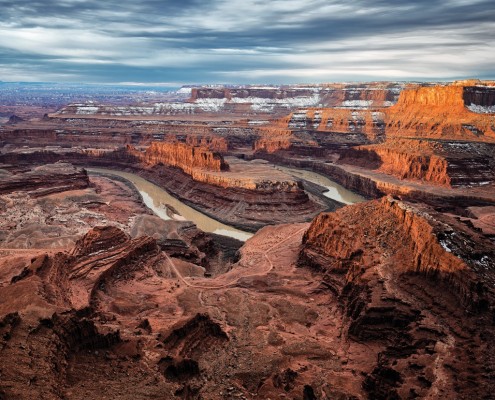 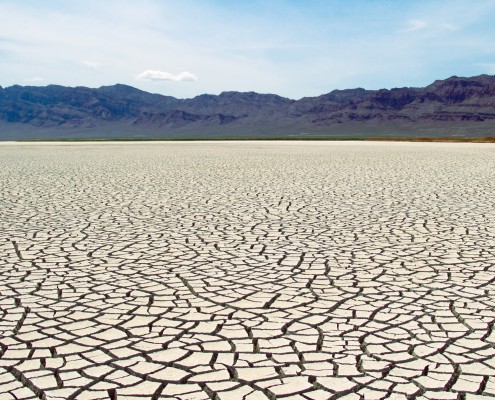 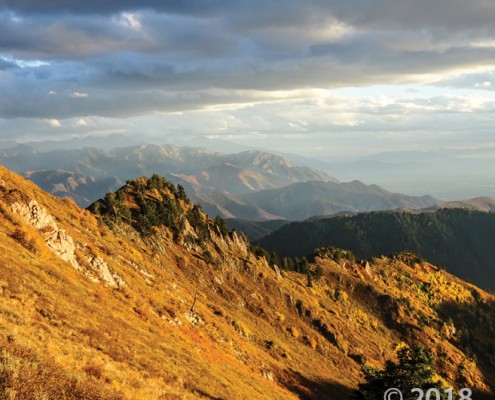 The Colorado Plateau aquifers underlie a broad area of regional uplift in southeastern and south-central Utah. They are characterized by essentially flat-lying Mesozoic and Paleozoic sedimentary rocks, the age of which ranges from 541 to 66 million years old. The rocks are flat-lying in most places due to a lack of major faulting and folding in most of the region. The aquifers vary in rock type, degree of cementation, and hydraulic characteristics. 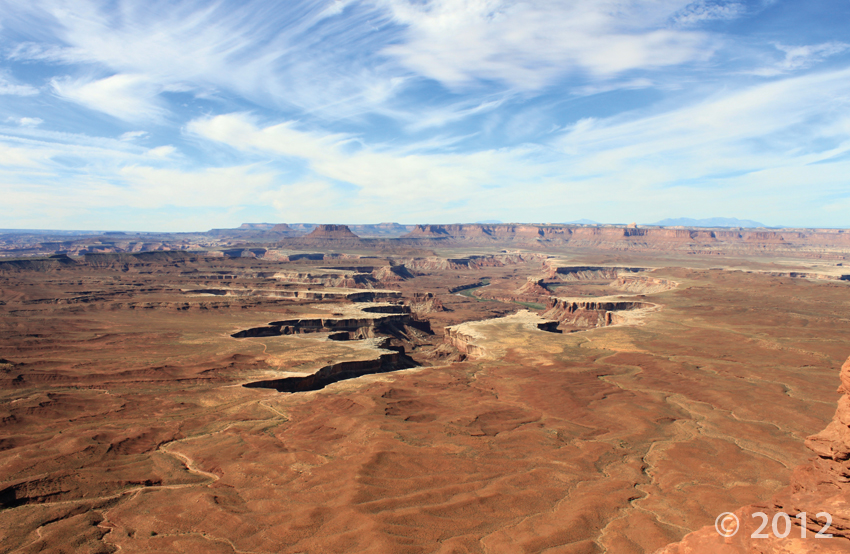 Uplift of the Colorado Plateau has caused the Green River to entrench its meandering path into the relatively soft rocks of the Permian-age Organ Rock Shale. At Soda Springs Basin, vertical cliffs of the more-resistant White Rim Sandstone cap the Organ Rock Shale 400 feet above the river.

Primary porosity (i.e., space between sand grains, vesicles in volcanic rocks; see Groundwater and Aquifers) is often low due to compaction and cementation during consolidation, so secondary porosity (i.e., joints, fractures, and bedding planes) transmits the majority of groundwater flow. Aquifers of the Colorado Plateau are often interbedded with relatively impermeable fine-grained rocks like shale or siltstone, causing confined conditions. In confined conditions, the water is under pressure so that the water level in a sealed well would rise above the top of the aquifer layer.

Water quality and quantity vary considerably in aquifers of the Colorado Plateau, but most areas are underlain by aquifers containing water sufficient for domestic and agricultural use.

The Basin and Range region of western Utah has numerous north-south-oriented, fault-tilted mountain ranges separated by broad, sediment-filled basins. Two types of aquifers are present in the Basin and Range: alluvial aquifers and bedrock aquifers. 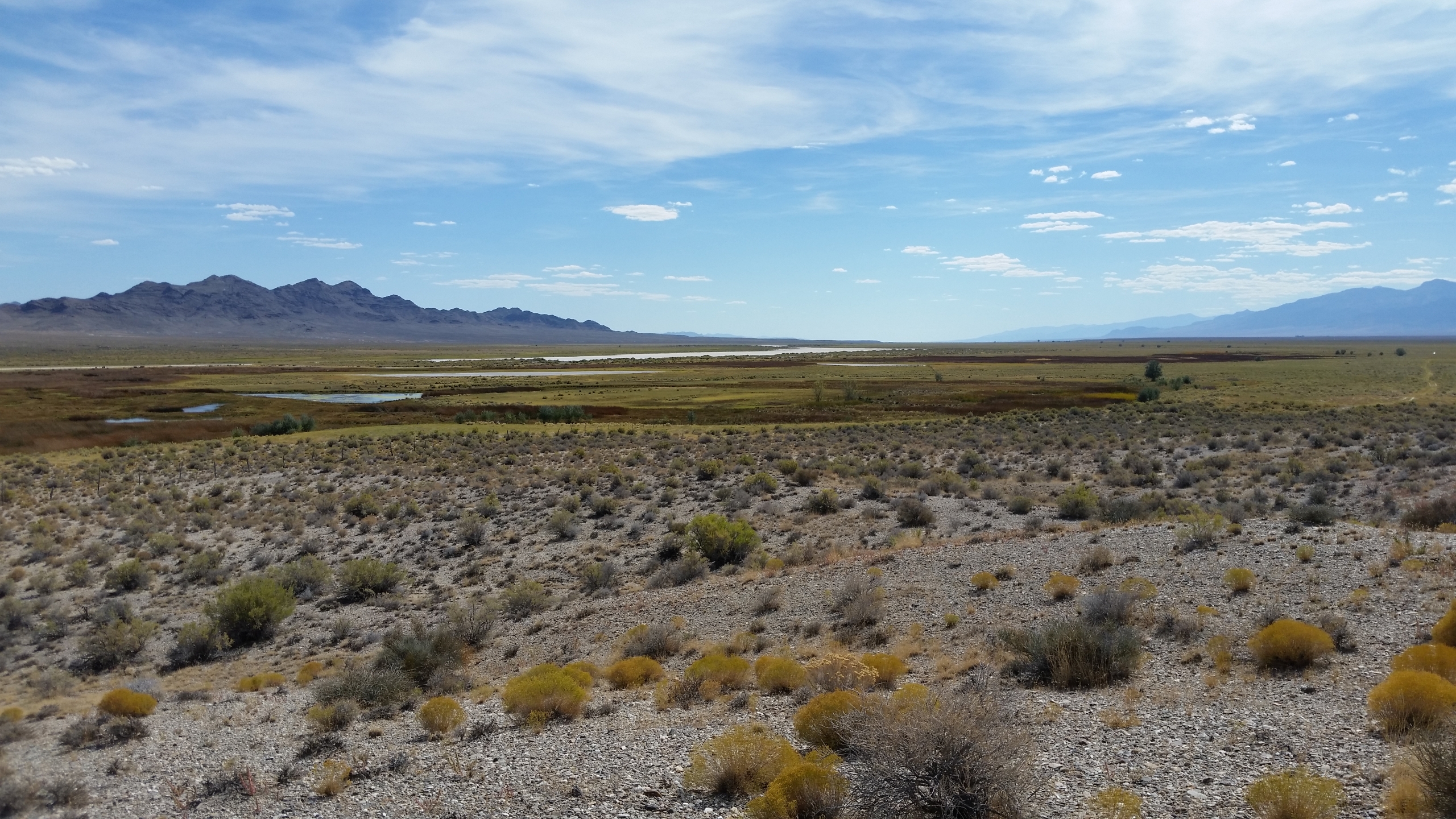 Leland-Harris Spring complex in the Snake Valley of western Utah. These groundwater-fed springs support dense stands of hard-stem bulrush, chairmaker’s bulrush, and saltgrass that provide habitat for several state-sensitive species. Although more stable than surface water-fed wetlands, water levels in these wetlands and other similar groundwater-fed wetlands in the west desert can fluctuate seasonally and annually with drought.

Alluvial aquifers are the primary aquifers in the Basin and Range and are found in thick deposits of mostly late Cenozoic basin fill (17 million years old to present day) between the mountain ranges. The basin fill consists of unconsolidated to moderately consolidated, well to poorly sorted gravel, sand, silt, and clay.

Mesozoic and Paleozoic sedimentary rocks (ranging from 541 to 66 million years old) and their metamorphic equivalents are present in the mountain ranges and beneath the basin fill.

Carbonate (limestone and dolomite) aquifers exist in the mountain ranges and basins where consolidated carbonate rock has undergone enough fracturing and dissolution to allow groundwater flow. 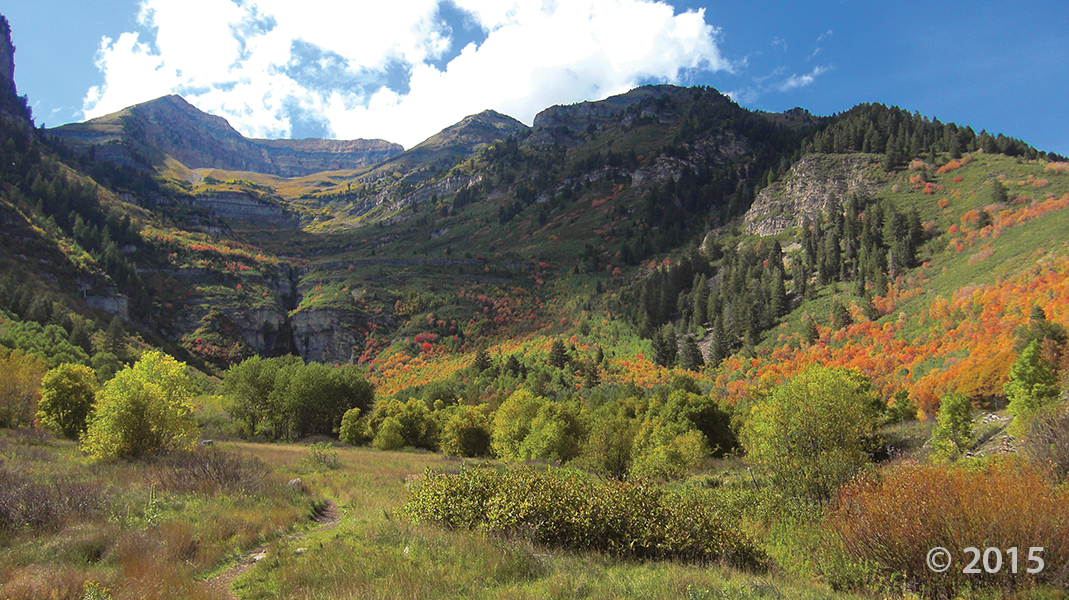 Alluvial aquifers from rivers and floodplains occur throughout the Central Mountains region in thin deposits of Quaternary-age valley fill, like Ogden Valley and Round Valley. Aquifers are also present in sedimentary rocks (i.e., limestone and sandstone), although less commonly.