“During the 2020 legislative session, UGS was appropriated $1 million to conduct a study on the salt flats,” said UGS Director Bill Keach. “Division staff reached out to stakeholders, academia, government and industry to take a close look at the salt flats to determine their current condition, groundwater and future management plans. The Bureau of Land Management, which manages much of the salt flats area, has contributed an additional $125,000 to the project.”

In 1997, a salt laydown project was initiated to add salt to the Bonneville Salt Flats by pumping brine onto its surface from the adjacent potash mining operation. This fall, UGS Groundwater and Wetlands Program staff installed climate and hydrologic monitoring equipment to collect data focused on the salt laydown process, and its effects on the salt crust and the underlying and adjoining brine aquifer. In the coming months, Intrepid will lay down up to 500,000 tons of salt brine in critical areas of the salt flats. The effects of the laydown will be monitored and analyzed for potential impact on the salt flats. 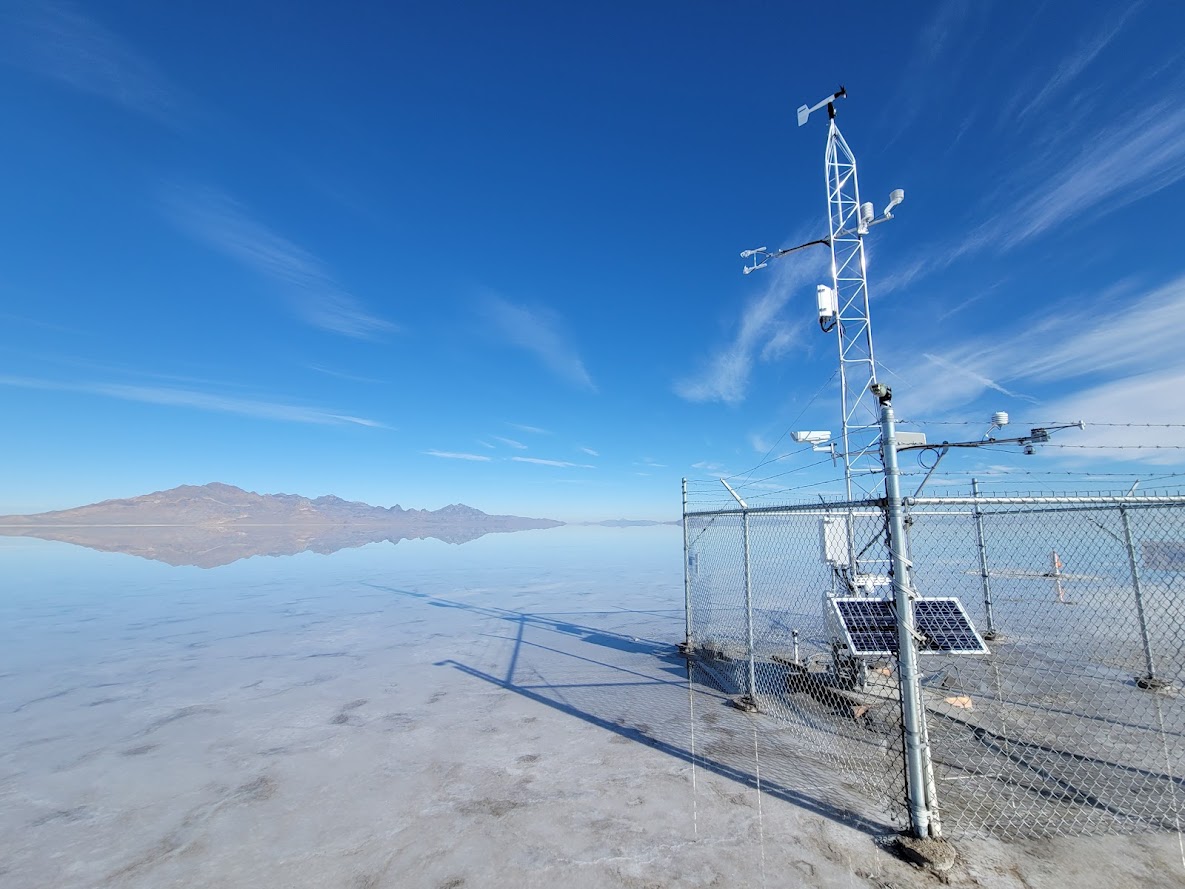 “This project is aimed at understanding the effectiveness of the salt laydown and identifying actions that will allow sustainable mixed use of this landscape, including mining and racing,” said Groundwater Program Manager Hugh Hurlow. “This work will advance knowledge about the Bonneville Salt Flats system and will reduce uncertainties about the impacts of the salt laydown activities. The results will inform the best path forward to improve the likelihood of mitigation activities that have the desired outcomes and result in a sustained salt crust.”

The Bonneville Salt Flats are an important resource for the state of Utah and are listed on the National Register of Historic Places. The unique landscape has inspired a passionate land speed racing community that values the seasonal hard salt surface for racing. In addition, the brine surrounding the landscape provides an important economic resource for the local community and the state. The public utilizes the space in many ways, from artistic inspiration to launching homemade rockets. There is widespread interest in managing the landscape in a way that will promote sustained opportunities for all these activities.