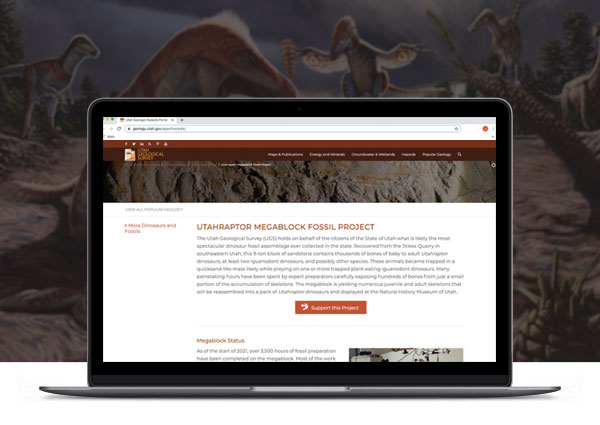 Salt Lake City (February 25, 2021)–It has been one year since Utah’s most spectacular dinosaur fossil block, the 18,000-pound Utahraptor megablock, moved from Thanksgiving Point to a new dedicated fossil preparation lab at the Utah Geological Survey (UGS). In that year new unanticipated discoveries hidden within the block have been found.

Preliminary analysis of the 136-million-year-old sandstone and mudstone indicated the megablock contained the remains of at least one adult Utahraptor, ten juveniles, and three babies; however, upon further investigation, we expect to find more than twice that amount. New discoveries since the move include additional baby and juvenile Utahraptor partial skulls and skeletons, and the first complete shoulder of an adult ever observed.

“The timing was very fortuitous because just a few weeks later, the Museum of Ancient Life at Thanksgiving Point had to shut down due to the COVID-19 pandemic. Having the megablock in its own space allowed work to continue throughout 2020,” said State Paleontologist Dr. James Kirkland, “The work is tedious. Separating the bones from the block has been like a 9-ton game of pick-up sticks.”

The first complete shoulder of an adult ever found was uncovered from the megablock in 2020. Also visible are a femur, jaw, ribs, and other bones.

Fossil preservation in the remainder of the block appears exceptional, lending to the hope that details such as feather impressions may be found. Bones of at least two plant-eating iguanodont dinosaurs were also discovered within the block, leading Utah paleontologists to believe the Utahraptor dinosaurs may have been hunting as a pack when they became mired in quicksand, buried, preserved, and fossilized. New dating of the rocks indicates Grand County “raptors” are the oldest in the world.

Weighing perhaps half a ton, this sickle-clawed predator was the real-life version of the ferocious oversized Velociraptor portrayed in the movie Jurassic Park. Utahraptor is also Utah’s official State Dinosaur, and the name bearer for a proposed Utahraptor State Park currently under consideration by the Utah State Legislature in HB 257. The proposed state park is located roughly 15 miles northwest of Moab and only 10 miles from the hillside from which the Utahraptor megablock was recovered. 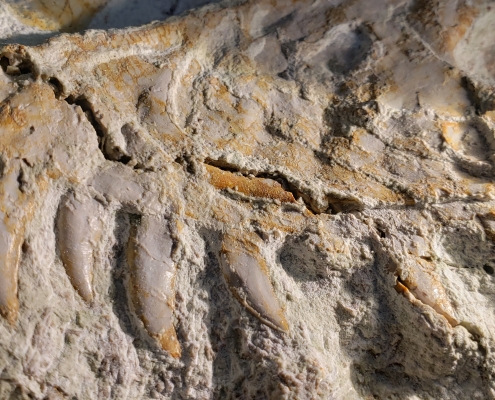 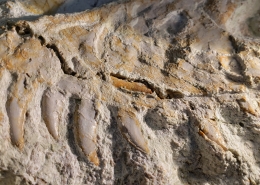 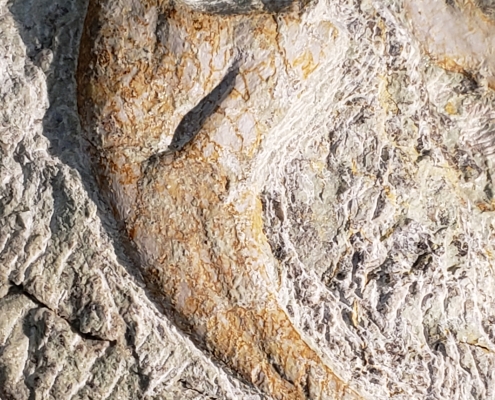 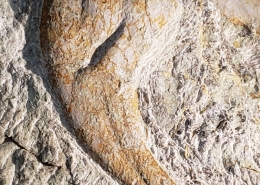 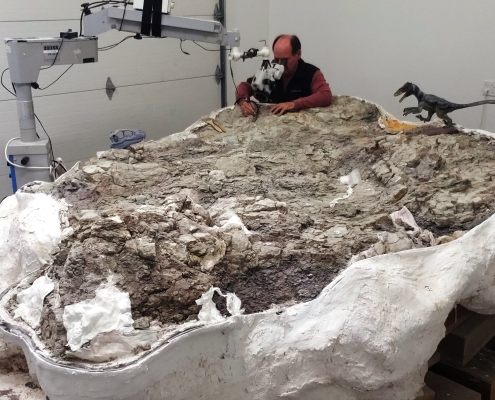 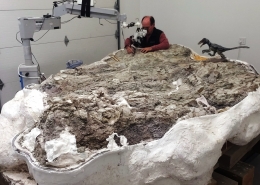 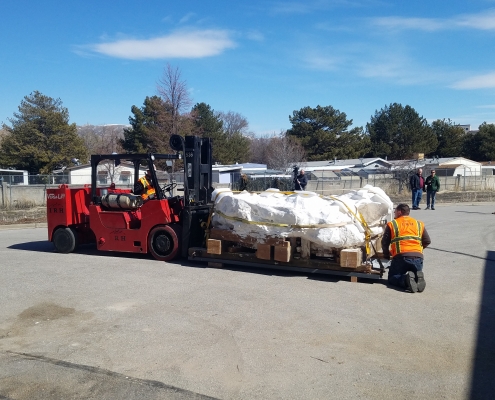 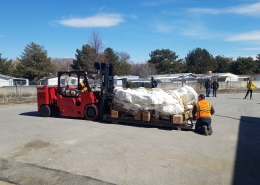 Paleontologists have completed over 3,500 hours on fossil preparation, but have really only scratched the surface. Ninety percent of the work lies ahead and the preparation effort is being funded primarily with donations. The UGS provides laboratory space, expert oversight, limited preparation, and laboratory materials. Salary for the chief preparator, who works at a 50% discount and donates many hours, must be covered by donated funds. A private donor has given more than $50,000 and has offered to match additional donations up to another $50,000. The UGS is currently soliciting corporate and individual donations to reach this matching goal. For information on sponsorship opportunities and tax deductible donations, please visit https://geology.utah.gov/docs/pdf/STEM-utahraptor-megablock-letter.pdf.

To schedule interviews and visit the megablock please contact Mark Milligan at (801) 537-3326 or markmilligan@utah.gov.

My Tweets
Improve on Our Geologic Map of Utah