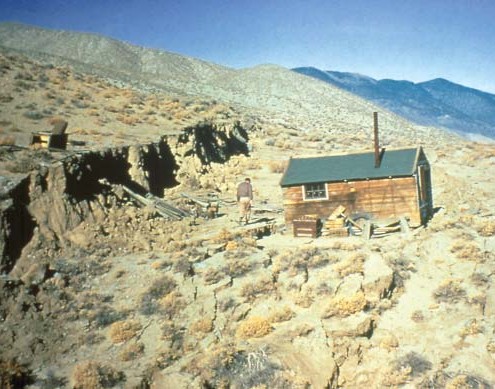 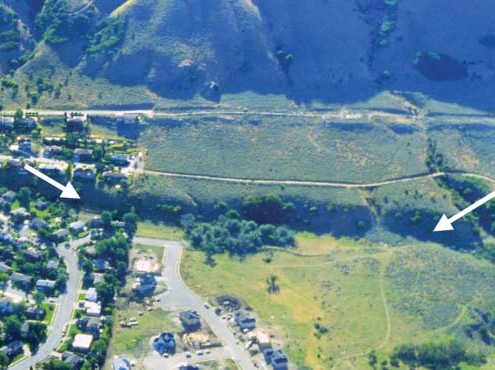 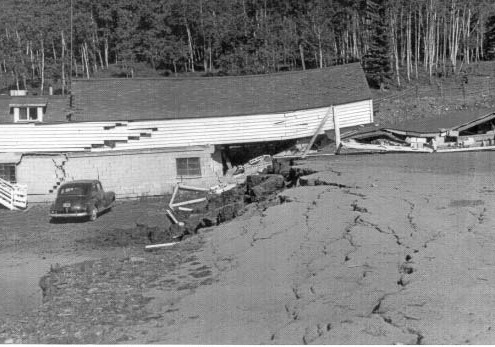 Utah has over 200 Quaternary faults capable of causing surface faulting in earthquakes of magnitude 6.0-6.5 and larger. Most of these faults are normal faults in which fault displacement at the surface is primarily vertical with one side dropping down relative to the other. Vertical ground-surface displacements of 6 feet or more may occur in a magnitude 7 earthquake. Because such surface faulting typically recurs along pre-existing faults, repeated faulting has created fault scarps in Utah tens to hundreds of feet high.

If a normal fault were to break the ground surface through the foundation of a building, significant structural damage is likely and collapse is possible, causing injuries and perhaps death. The most common land-use practice to reduce the risk from surface faulting is to avoid placing buildings directly on faults. Therefore, site-specific investigations are needed to accurately locate faults, determine their level of activity and rupture characteristics, and establish appropriate building setbacks prior to development.

Surface-fault-rupture hazard studies use the characteristics of past surface faulting at a site as a scientific basis for reducing the potential for damage and injury from future, presumably similar, surface faulting. A site-specific surface- fault-rupture hazard evaluation typically includes literature review, aerial photograph analysis, and field investigation, usually involving surficial geologic mapping and trenching to determine the location, age, amount of displacement, and dip of faults. Setbacks are then determined based on these factors, structure footing depths, and the criticality (relative importance and risk) of the structure. Risk-reduction measures in addition to setbacks include foundation reinforcement and disclosure.

To determine the need for site-specific study and setbacks, faults are grouped into Holocene (<10,000 years), Late Quaternary (<130,000 years), or Quaternary (<1.6 million years) activity classes based on the time of last movement. More active faults, as indicated by a more recent time of last movement, present a greater risk and therefore are more important to study and avoid. At a minimum, the UGS recommends site-specific studies and setbacks for all critical facilities (for example, schools, hospitals, fire stations) and structures for human occupancy along Holocene faults, and for critical facilities along Late Quaternary faults. To define where studies are needed, we provide recommendations for delineating special-study areas along faults. For well-defined faults with obvious scarps and other surficial evidence of geologically recent faulting, we recommend a special-study area 500 feet wide on the downthrown side and 250 feet wide on the upthrown side to map faults. For proposed development in the specialstudy area, faults must be accurately mapped and trenched to determine setbacks. Where faults are poorly defined and buried or approximately located, we recommend a special-study area 1000 feet on either side of the mapped fault. Surficial geologic studies are recommended within the special-study area to look for evidence for faults to determine whether further study and possible trenching are needed. The new guidelines are based largely on minimum standards adopted by Salt Lake County in 2002, which were developed from existing guidelines and standards used in California, Nevada, and Utah. We hope the guidelines establish a uniform approach to surface-fault-rupture hazards statewide, and aid consultants and local governments in adequately assessing and reducing risks from surface faulting. [/av_textblock] [av_hr class='invisible' height='50' shadow='no-shadow' position='center' custom_border='av-border-thin' custom_width='50px' custom_border_color='' custom_margin_top='30px' custom_margin_bottom='30px' icon_select='yes' custom_icon_color='' icon='ue808' font='entypo-fontello' admin_preview_bg='' av_uid='av-26i6syv'] [av_textblock size='' font_color='' color='' av-medium-font-size='' av-small-font-size='' av-mini-font-size='' admin_preview_bg='' av_uid='av-1mlnmfb'] Survey Notes