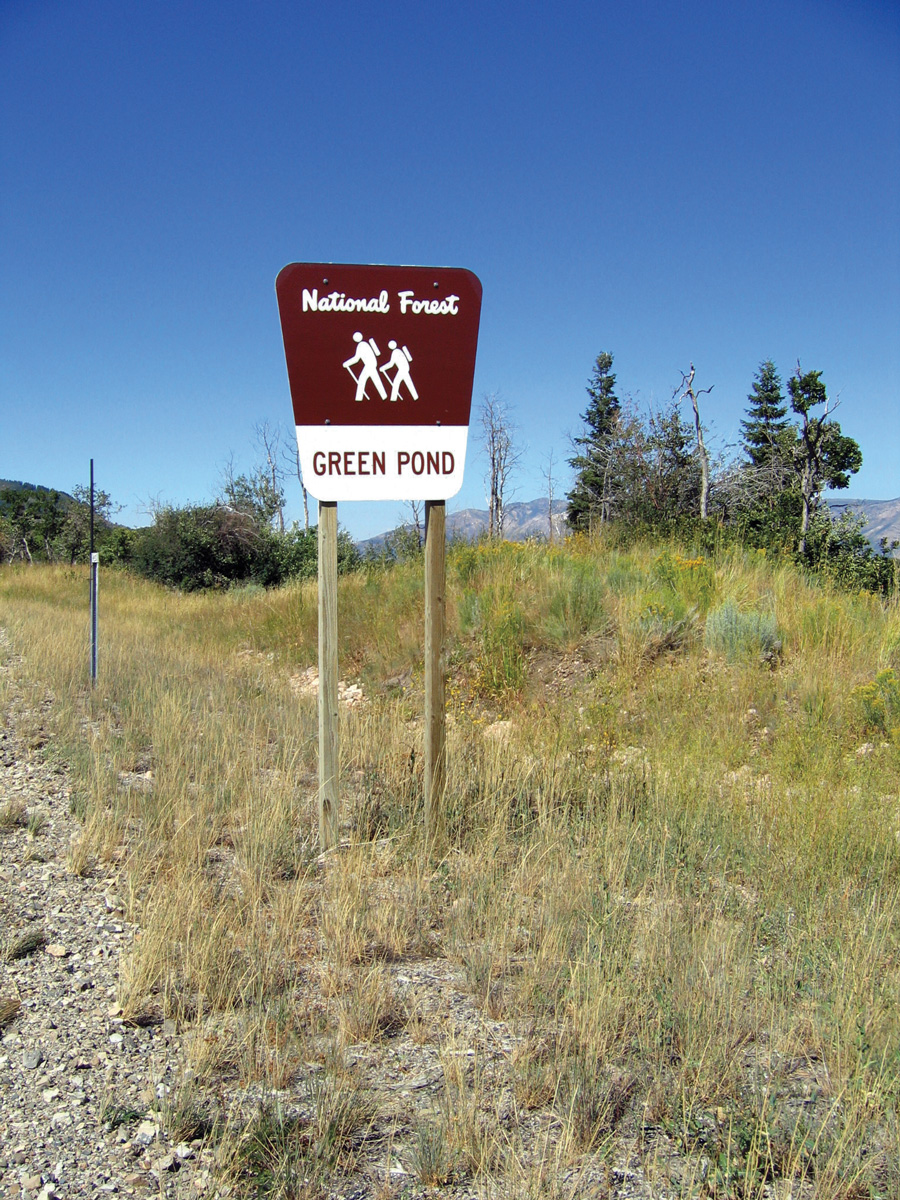 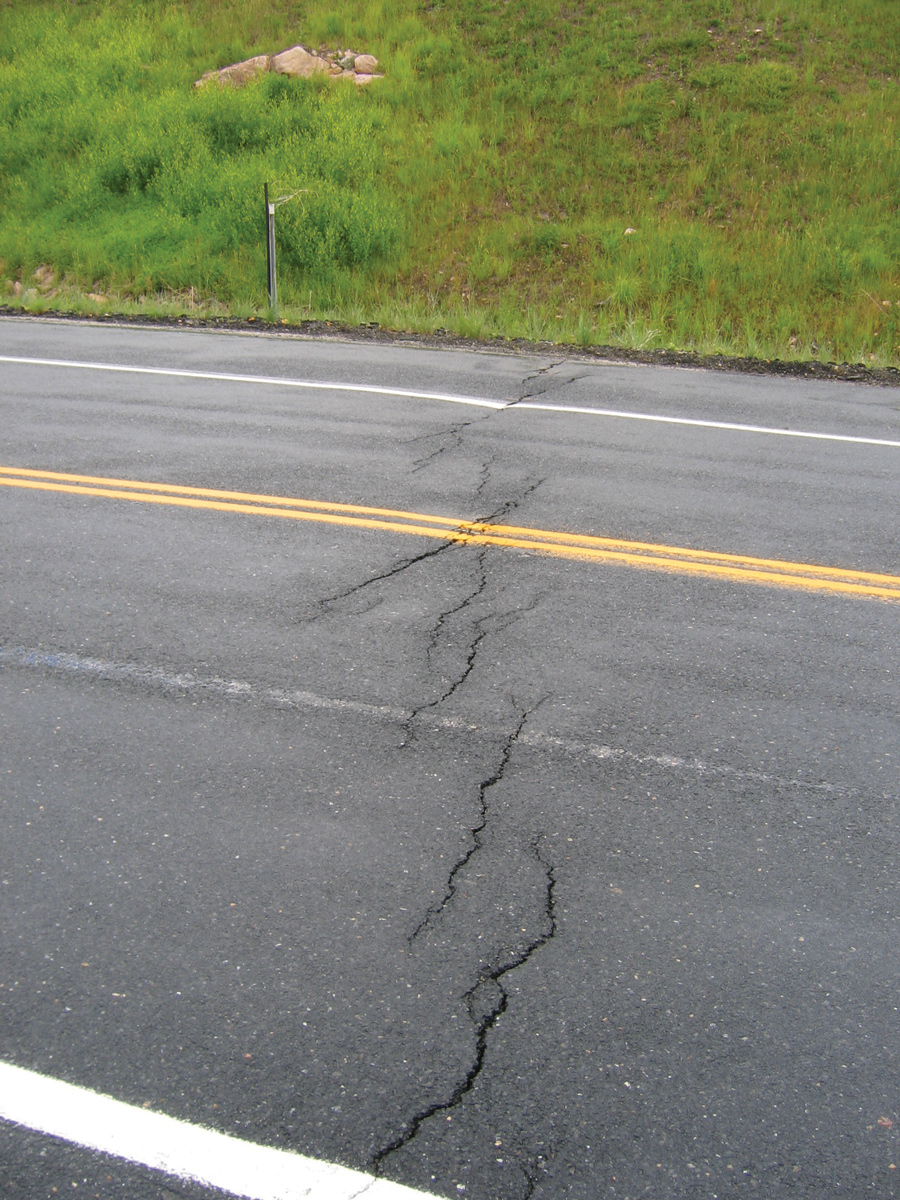 About a mile west of Trappers Loop Road (State Route 167) along the road to the Snowbasin ski resort (State Route 226) is the Green Pond trailhead. Most people who use the nearby trails to hike, bike, or ride horses may not appreciate that they are recreating on moving ground. The edge of the Green Pond landslide, one of the largest landslides in the area, is just a few feet southeast of the trailhead parking area. The signs of ongoing landslide movement are subtle, however, and likely noticed by only the most careful observer.

Some indication of the very slow, imperceptible movement of the Green Pond landslide is revealed by the condition of State Route 226, which crosses a narrow part of the slide. Constructed to provide access to the ski resort for the 2002 Olympic Games, the pavement is currently cracked at the edges of the slide, and the original lane stripes have been slightly offset and subsequently repainted.

Beginning in late 2005, the Utah Geological Survey (UGS) began monitoring the movement of the landslide using a survey-grade Global Positioning System instrument. Between October 2005 and August 2007, the landslide moved about 5 inches.

The Green Pond and other landslides in the surrounding area, including some that have damaged houses in Mountain Green, are underlain by a weak geologic unit known as the Norwood Tuff. Weathering of volcanic rock layers in the unit has formed some of the weakest clays in Utah on which overlying layers and shallow surficial deposits slide.

The large slides in the Norwood Tuff like the Green Pond landslide have probably existed for over 10,000 years, but remain active today. Most of these landslides typically move very slowly. However, recent geologic investigations by the UGS of the large landslides in the area have revealed that parts of these slides have moved more dramatically, likely several feet or more in a single year, in the recent past. One focus of our research is to try to understand what conditions control the movement of landslides in the Norwood Tuff, perhaps enabling us to predict when more dramatic movement may occur in the future.