I am thinking of buying a house at “X” address… is it near a fault? 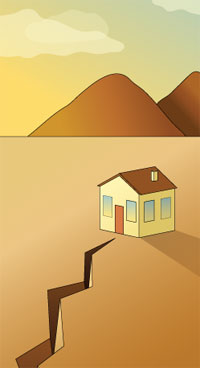 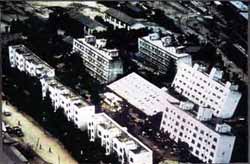 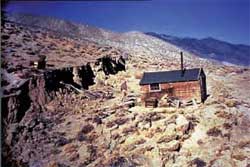 We receive this inquiry often and are glad that these inquiries have been on the rise, as they reflect increased awareness of the earthquake threat in Utah.

Many people associate main earthquake damage with nearness to a fault. Although fault proximity is a major concern, strong ground shaking and other earthquake hazards are more widespread and can cause damage over large areas many miles from the fault.

In addition, fault rupture at the ground surface is expected only in large (magnitude 6.5 and greater) earthquakes, which are less frequent than moderate earthquakes that may still cause extensive damage from ground shaking.

Therefore, we often surprise the inquirer with more information than they probably expected. Earthquake risk to any particular home depends on what and where the earthquake hazards are, as well as when and how the house was constructed.

What are the main earthquake hazards?

What should I consider before buying a house?

Geologic Hazards in Utah: A Guide for Homebuyers & Real-Estate Agents

Bracing for the Big One for seismic retrofitting of historic houses (Utah Division of State History).

University of Utah Seismograph Stations for earthquake events in Utah.