Glacial Striations and Slickensides – What are those groovy rocks and how did they get that way? 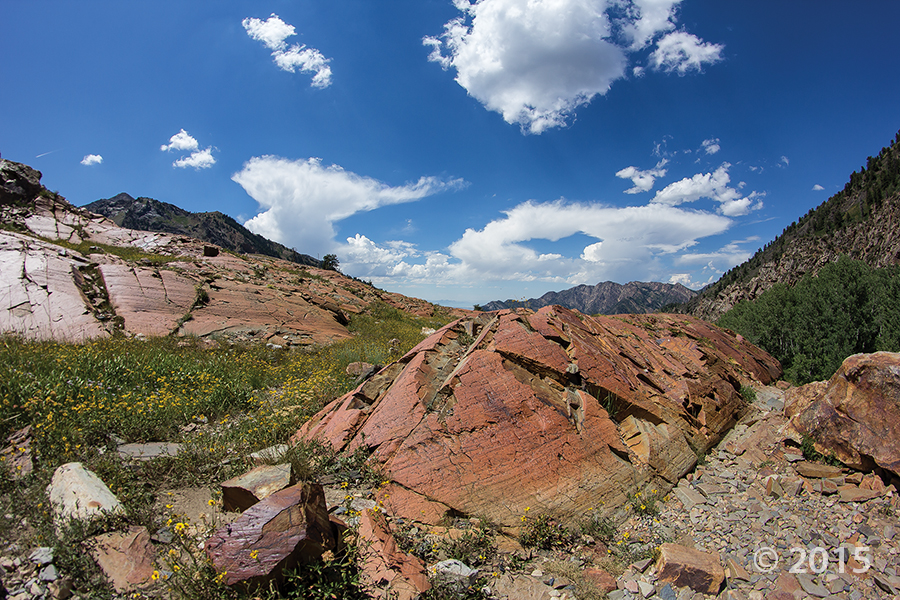 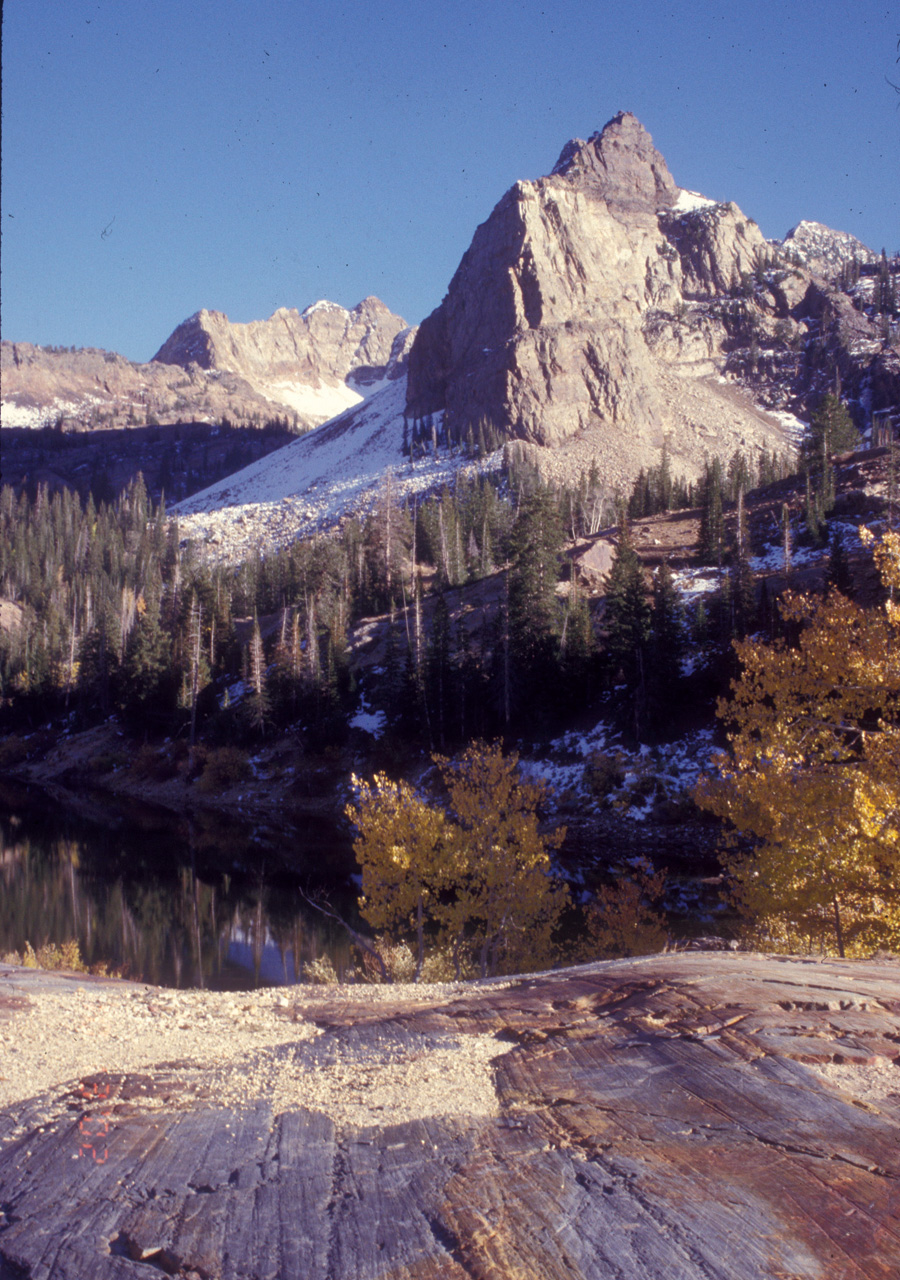 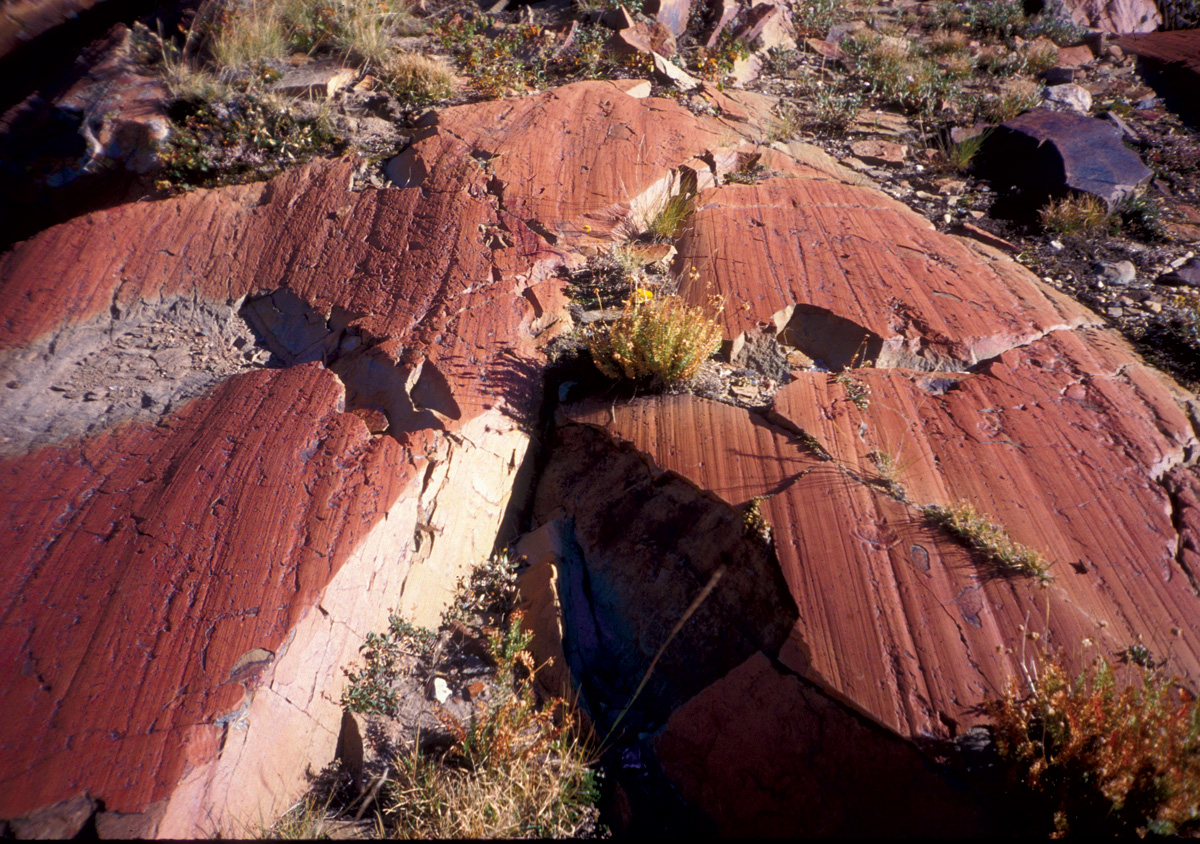 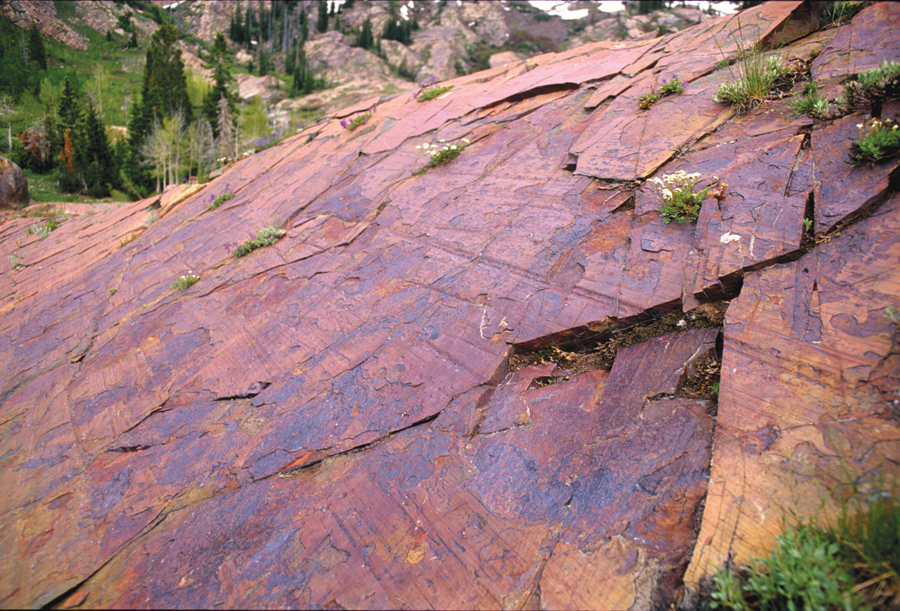 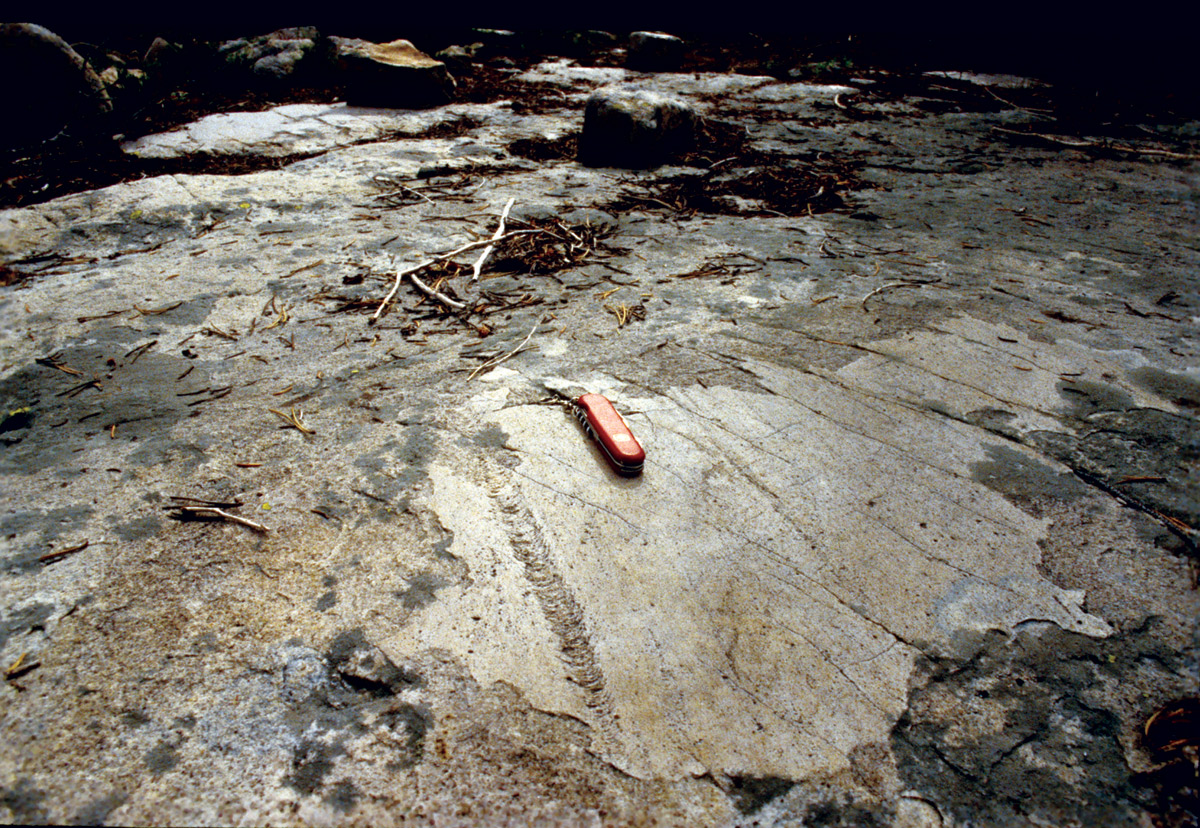 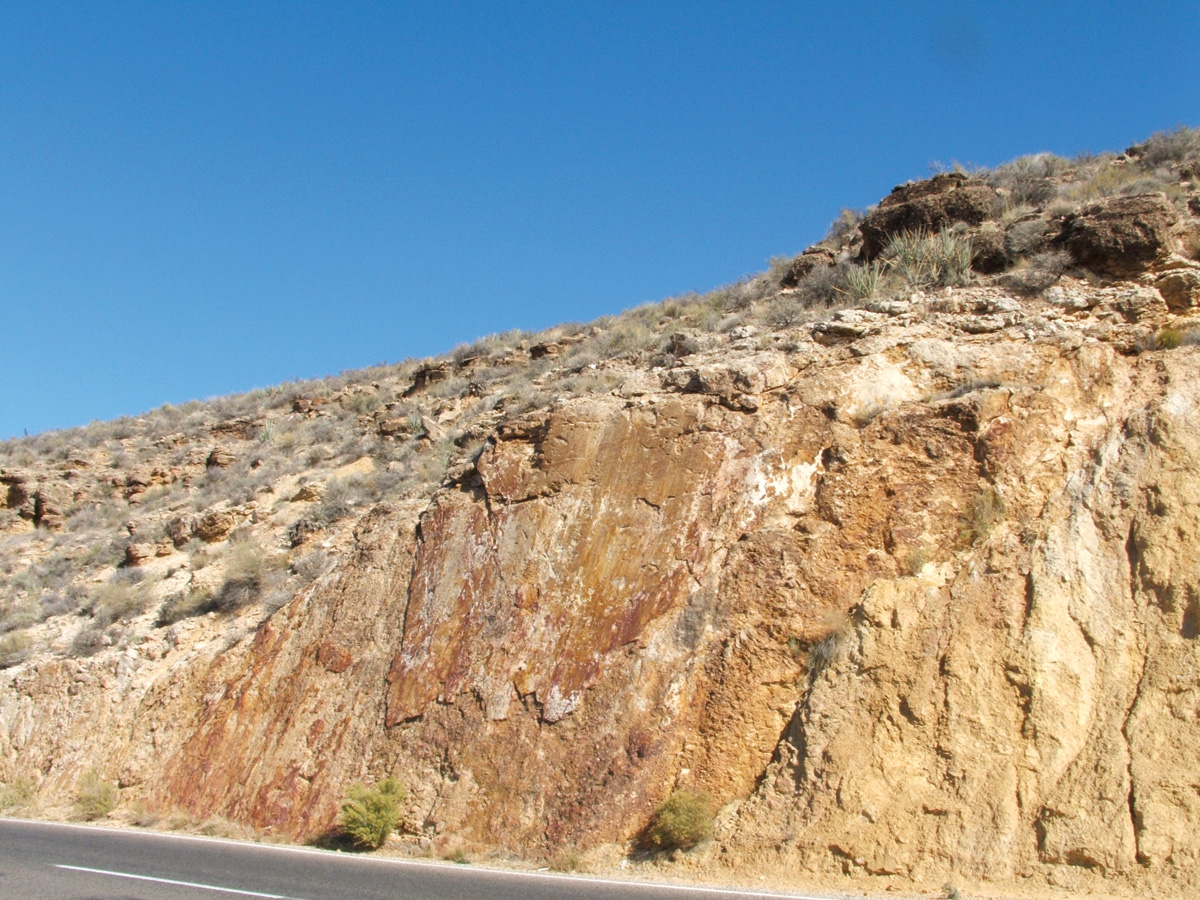 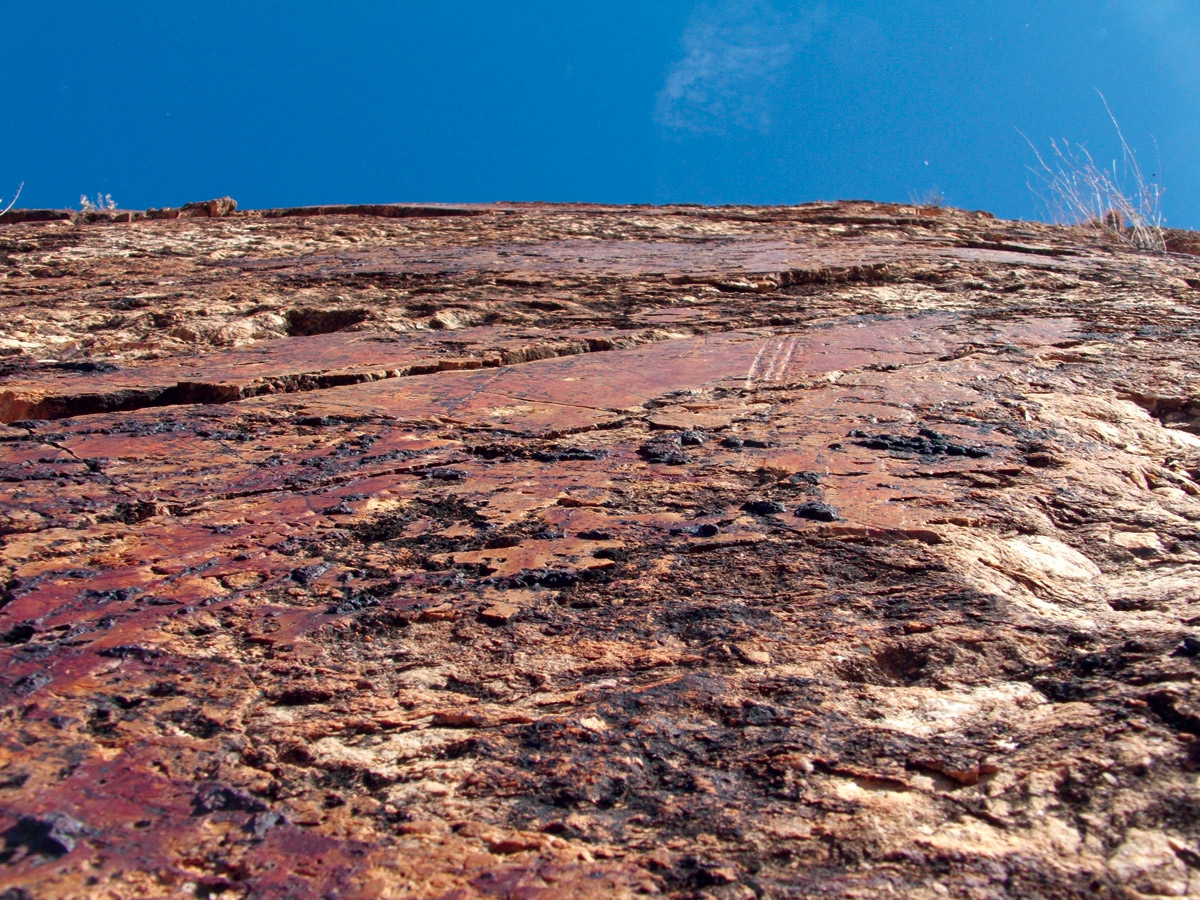 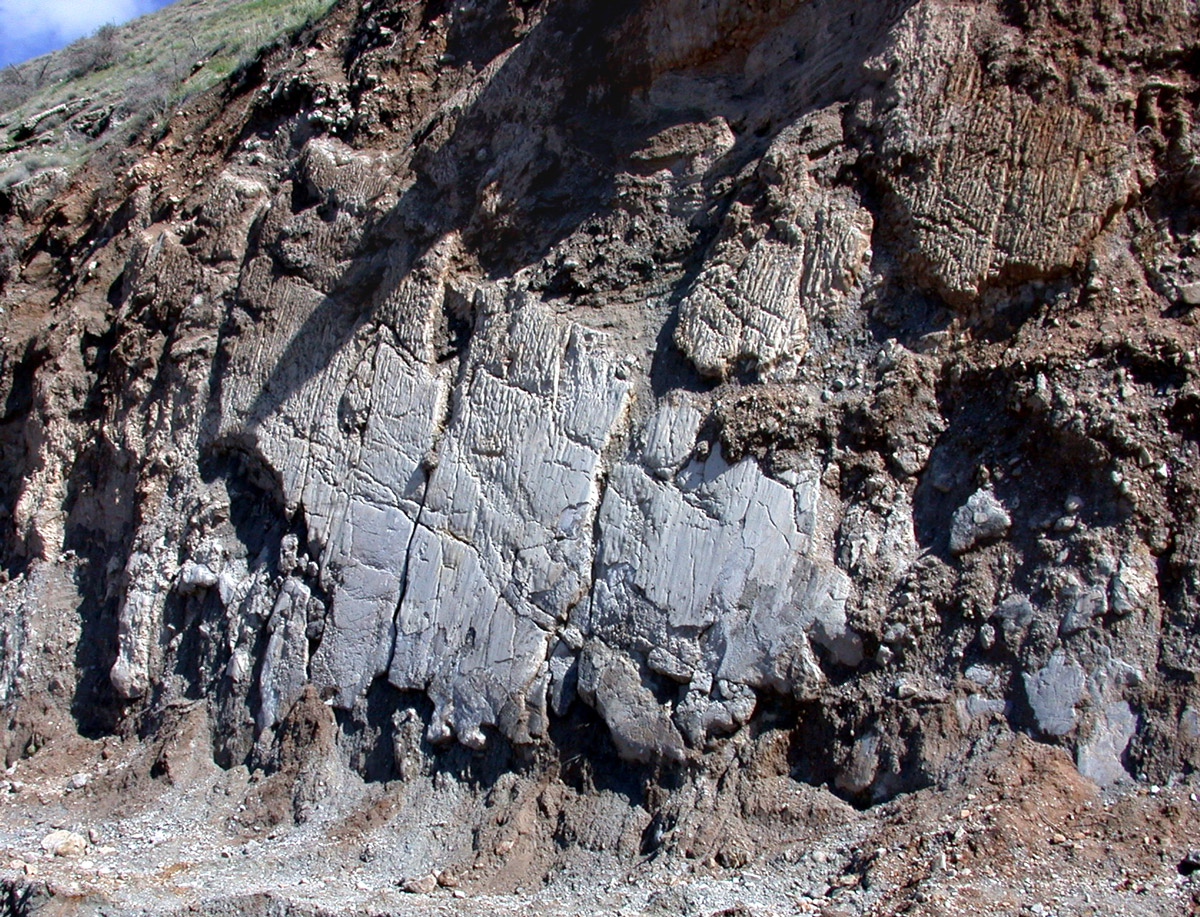 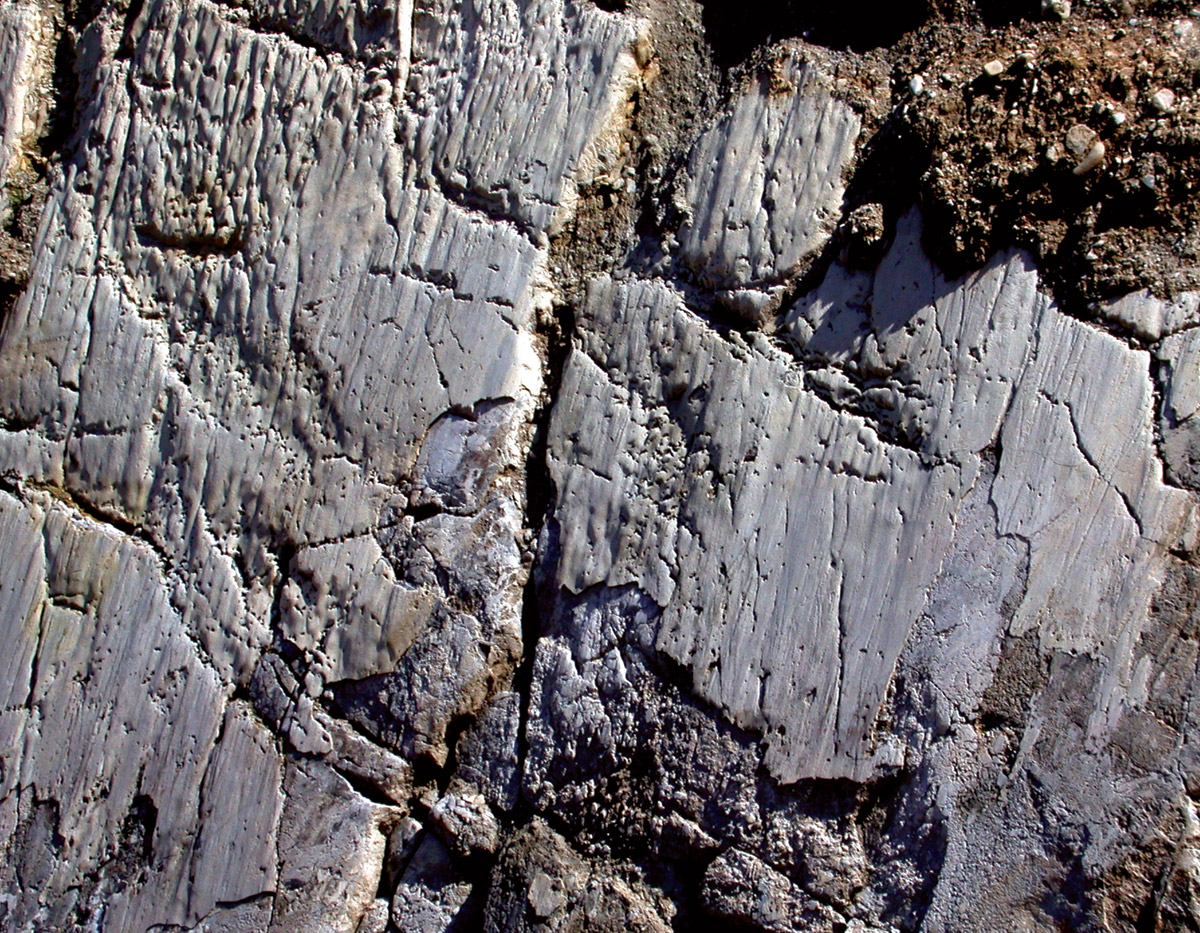 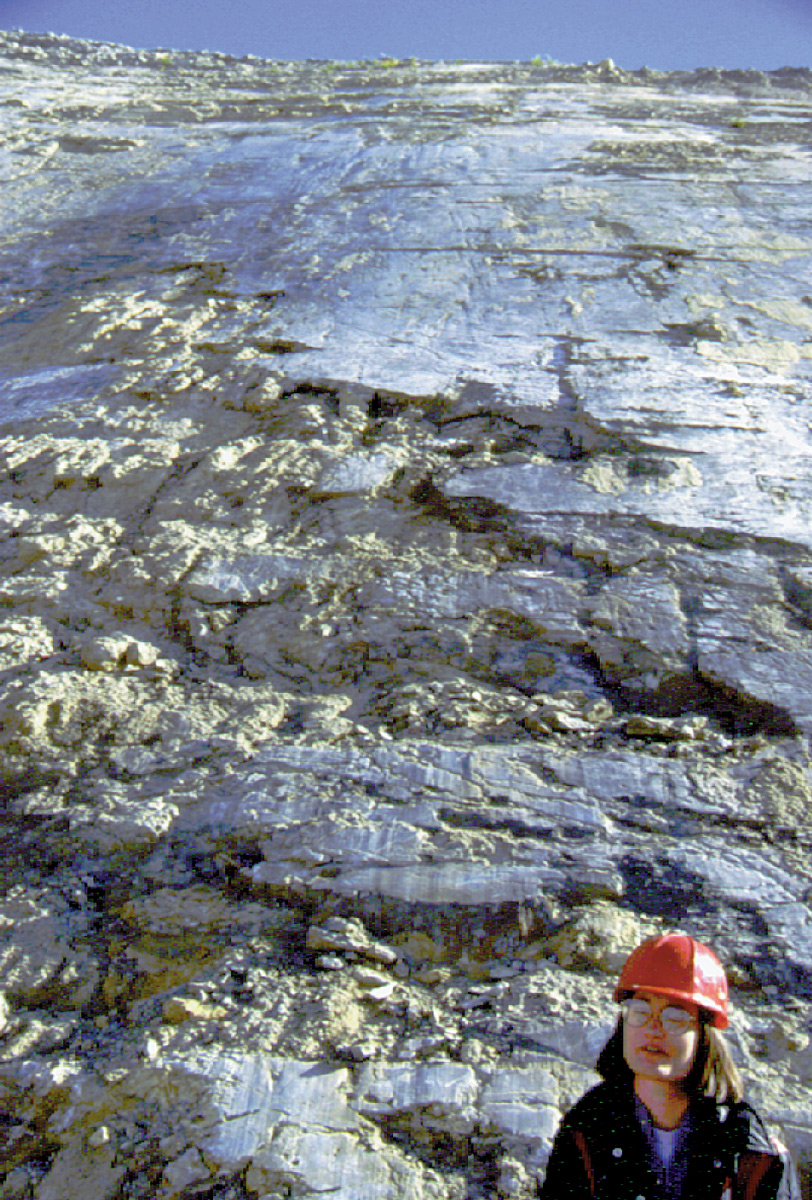 The similar surfaces visible at the base of the mountains resulted from movement of the Wasatch fault; the surfaces are called slickensides, and the lines on these rocks are known as slickenlines.

Glacial striations are a series of long, straight, parallel lines or grooves scratched onto a bedrock surface by rock fragments lodged in the base of a moving glacier. They typically form on hard rock, such as quartzite, that is relatively resistant to erosion. Other types of softer rock do not preserve striations and polished surfaces as well. The orientation of the scratches is parallel to the direction of ice movement.

Approximately 30,000 to 10,000 years ago, during the last Ice Age, the area around Lake Blanche was covered by a glacier. In fact, glaciers were present in most of Utah’s high mountains at that time. As the glaciers moved, they scoured the rocks beneath, leaving behind the polished surfaces and striations that can be seen today.

Slickensides are smooth rock surfaces with parallel grooves or scratches commonly formed by frictional wear during sliding and movement along a fault.

The rock surfaces recalled by the hikers are slickensides formed by the Wasatch fault and are located at Beck Street and 1300 North in northern Salt Lake County. The parallel grooves and scratches (slickenlines) typically align parallel to the direction of slip along the fault.

Where else can glacial striations and slickensides be found in Utah?

Glacial striations can also be seen around Secret (Cecret) Lake in Albion Basin at the top of Little Cottonwood Canyon, as well as in the Uinta Mountains of northeastern Utah. Both areas were covered by glaciers during the last Ice Age.

Slickensides are visible at several locations along the Wasatch fault, which extends from north of the Utah-Idaho border south to Fayette, Utah.

At select locations along the Wasatch Front, the Wasatch fault has exposed rock outcrops of several feet to hundreds of feet high. Polished surfaces, parallel groove marks, and rough scratches may be present on these rock surfaces. These marks are a result of movement along the fault as the valley floor moves downward and the mountains move upward during large earthquakes.