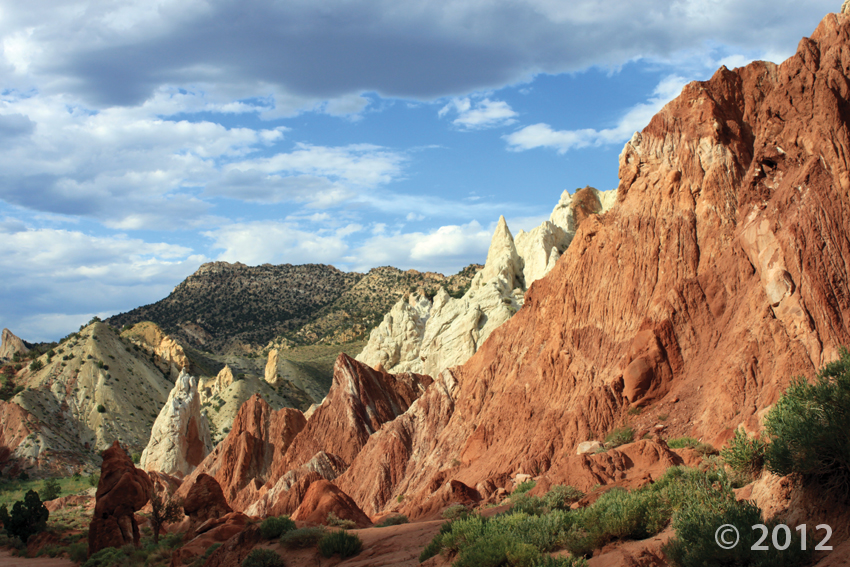 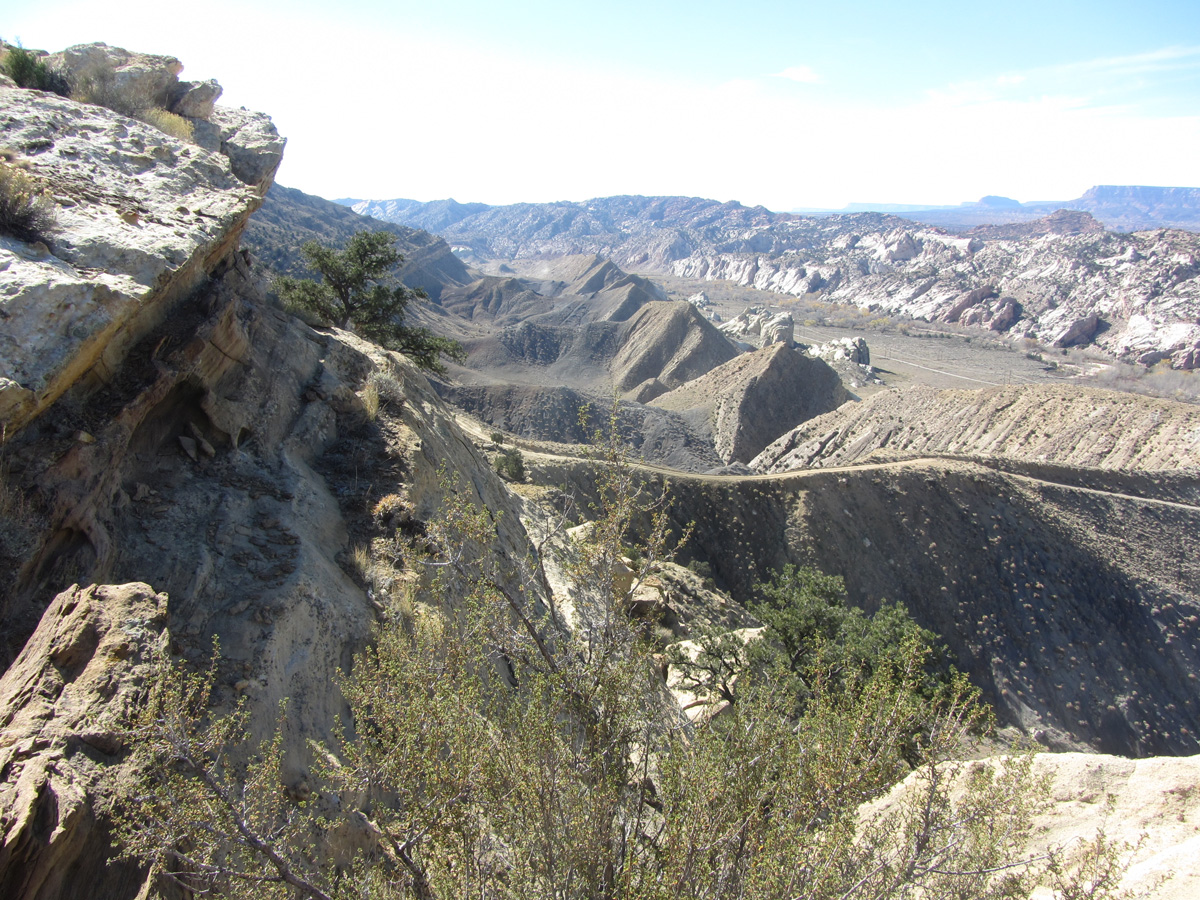 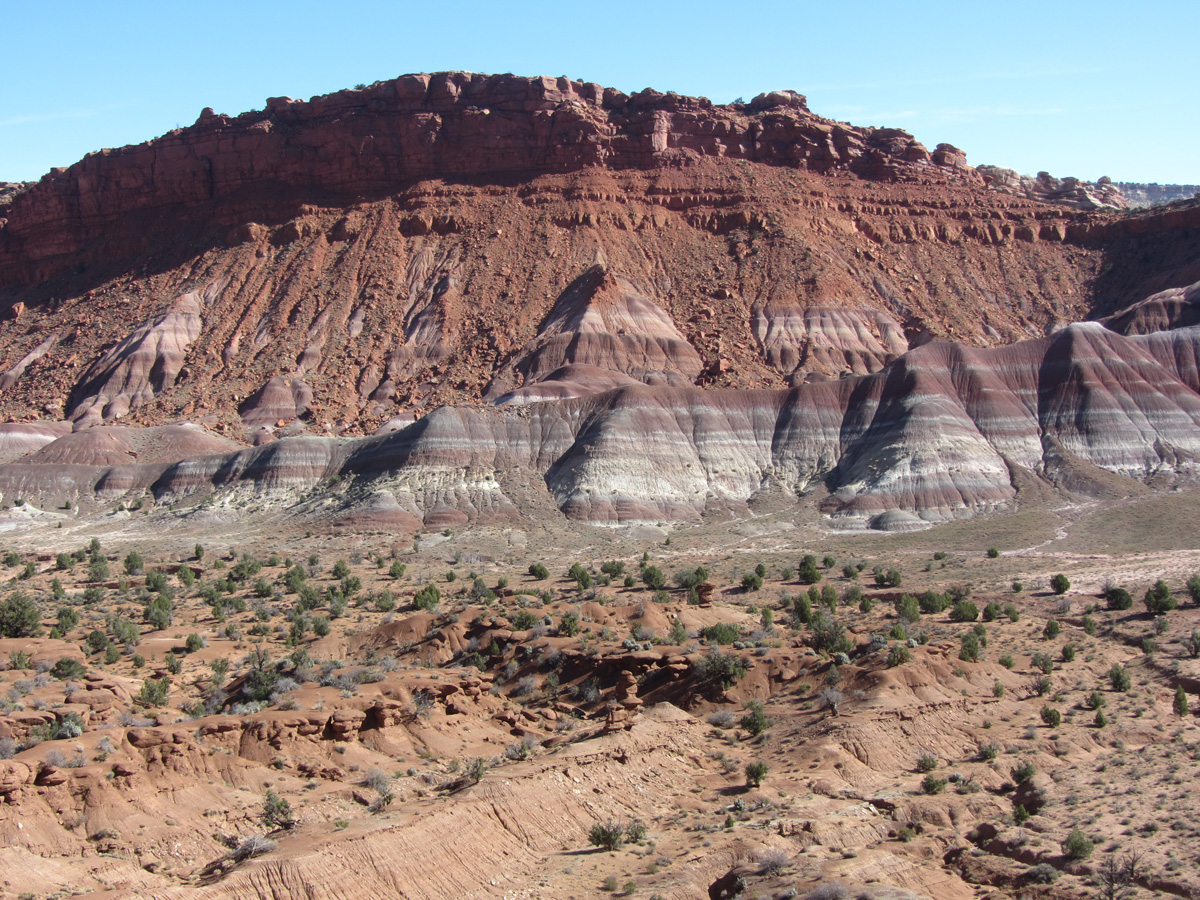 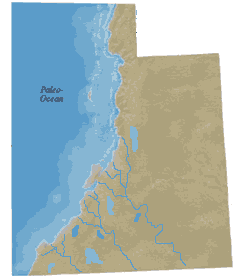 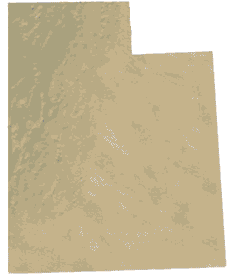 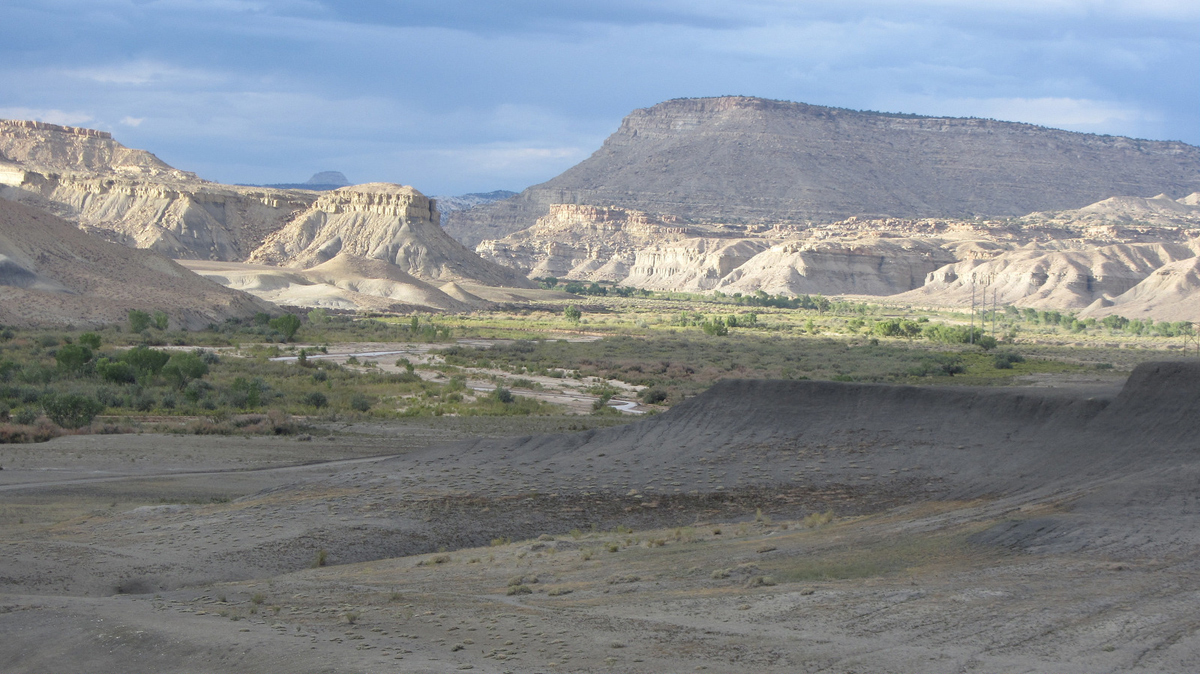 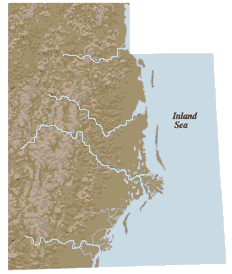 Tourists and geologists alike come from all over the world to see and study the magnificent exposures of geologic units displayed in Utah’s Colorado Plateau region. Of particular interest is the Grand Staircase, which is an immense sequence of sedimentary rock layers that stretches south from Bryce Canyon National Park and Grand Staircase–Escalante National Monument (GSENM) into Grand Canyon National Park.

Some have compared these exposed rock layers to the pages of an open book which invite visitors to look back in time at the geologic history of the area. This is especially true on the edges of massive geologic folds such as the Kaibab uplift, which extends across much of the Grand Staircase area. Where the eastern edge of the Kaibab uplift crosses GSENM, normally flat-lying rock strata tilt abruptly to the east as part of a sharp fold known as the East Kaibab monocline. Erosion of the steeply tilted strata has formed a long, imposing ridge called The Cockscomb—named after the ridge’s resemblance to the colorful “comb” on a rooster’s head.

The Cockscomb has a long geologic history that can be simplified into three phases. The oldest layers exposed at the base of this unique geologic feature were deposited between about 270 and 185 million years ago in the Permian to Early Jurassic periods. During this time, Utah was situated on the west coast of North America with much of present-day California and Nevada existing as offshore islands. Warm, shallow seas accumulated thick layers of siltstone and limestone which form the cap rock for much of the Kaibab uplift, but represent the lowest exposed layers of The Cockscomb. As North America drifted westward, Utah was uplifted above sea level, transitioning into a terrestrial environment of west-flowing rivers and streams that deposited thick layers of colorful sediments now exposed in the Vermilion and Chocolate Cliffs of The Cockscomb and Grand Staircase (seen best from Stop #1 on the map).

Beginning sometime after 200 million years ago, the rivers, lakes, and streams of the previous phase began to dry out as the climate in Utah transitioned to that of a desert. In this second phase of the region’s evolution, sediments deposited by the older river systems were blown into sweeping dune fields up to thousands of feet thick. These dune fields were inundated by a shallow, narrow seaway that provided minerals to cement the sand deposits now known as the Navajo and Sandstones, which form the impressive White Cliffs of the Grand Staircase and The Cockscomb (best seen from Stop #2 on the map). Other deposits associated with these shallow seas include interbedded limestone, siltstone, and mudstone of the late Jurassic period.

By the beginning of the third phase, in Early Cretaceous time about 145 to 79 million years ago, regional drainage became completely reversed from that of the first phase. Instead of rivers draining westward into the Pacific Ocean, they now drained eastward into a large sea that covered most of eastern Utah and Colorado. Sea level fluctuations in this Cretaceous seaway left thick, alternating layers of sand, mud, and silt. These more dull-colored deposits make up The Cockscomb’s iconic layers such as the Dakota Sandstone, Tropic Shale, and Straight Cliffs Formation. These units form the Gray Cliffs and Straight Cliffs of the Grand Staircase and can be seen from Stop #3 on the map or along the east side of the Cottonwood Canyon Road. During the end of the Cretaceous period, the Kaibab uplift and East Kaibab monocline began to take shape due to compressive forces affecting western North America. As this massive fold rose and was eroded by tributaries of the Colorado River, the scenic features of the Grand Staircase such as The Cockscomb and Bryce Canyon and the Grand Canyon began to form along its tilting periphery.

Geologists are not completely sure when the Colorado River drainage took its present shape, but most agree that sometime in the past 65 million years (and possibly as recently as 6 million years ago) rivers started to cut their way across the Kaibab uplift, eventually finding their current outlet into the Gulf of California. Small Colorado River tributaries which slice their way across the seemingly impenetrable cliffs of The Cockscomb include Cottonwood Wash, Hackberry Canyon, Paria Canyon, Catstair Canyon, and Buckskin Gulch. These drainages originate near Bryce Canyon National Park and flow southeast across the northern reaches of the Kaibab uplift, only to join the Colorado River and then turn and recross the southern part of the Kaibab uplift in the Grand Canyon!

How these rivers were able to cut their way through the uplift is a subject geologists have been debating for many years. Do the rivers predate the East Kaibab monocline? Did the rivers erode through the uplift after it was fully formed? Either way, these drainages provide important clues to geologists as they attempt to reconstruct the sequence of events that formed the present topography. And The Cockscomb, as an eastern expression of the Kaibab uplift, will continue to attract visitors and geologists from around the world as they not only enjoy its beauty, but use the feature to study the geologic processes that shaped the Grand Staircase.

How to get to The Cockscomb in Grand Staircase–Escalante National Monument.

The Cockscomb is most easily viewed from Highway 89, about 38 miles east of Kanab, Utah. Highway 89 cuts through The Cockscomb in Catstair Canyon about halfway between Kanab and Lake Powell. The three stops mentioned in this article are located on Highway 89 at about milepost 17 (Stop #1), milepost 25 (Stop #2), and milepost 30 (Stop #3).

For the more adventurous traveler, the entire length of The Cockscomb can be driven using the Cottonwood Canyon Road.  The dirt road is only passable in dry conditions and can be accessed near milepost 17 on Highway 89, approximately 8 miles east of Catstair Canyon. The Cottonwood Canyon Road is an improved dirt road extending approximately 45 miles from Highway 89 to Cannonville on Highway 12 near Bryce Canyon National Park.

Travelers should inquire about road conditions with a GSENM Bureau of Land Management field office before attempting passage on the Cottonwood Canyon Road.