Locations of water sampling sites in the southeastern Uinta Basin. The sites are identified by their location number and/or well owner or formal name (e.g., 13, Sulphur Spring). Stiff diagrams illustrate solute chemistry. Most data are from 2011, except sites 1, 4, and 23, which were sampled in 2009. Blue polygons indicate the site was sampled for and had detectable VOCs; orange indicates no VOCs were detected; purple indicates no VOC analysis was performed. Two sites (sites 16 and 20) were analyzed for TDS only. Diagrams having similar shapes and sizes reflect similar chemistry types; the variability of diagrams reflects the different and mixed aquifer sources. Recharge areas are shown for two important aquifers of the Green River Formation—the Birds Nest and Douglas Creek aquifers. 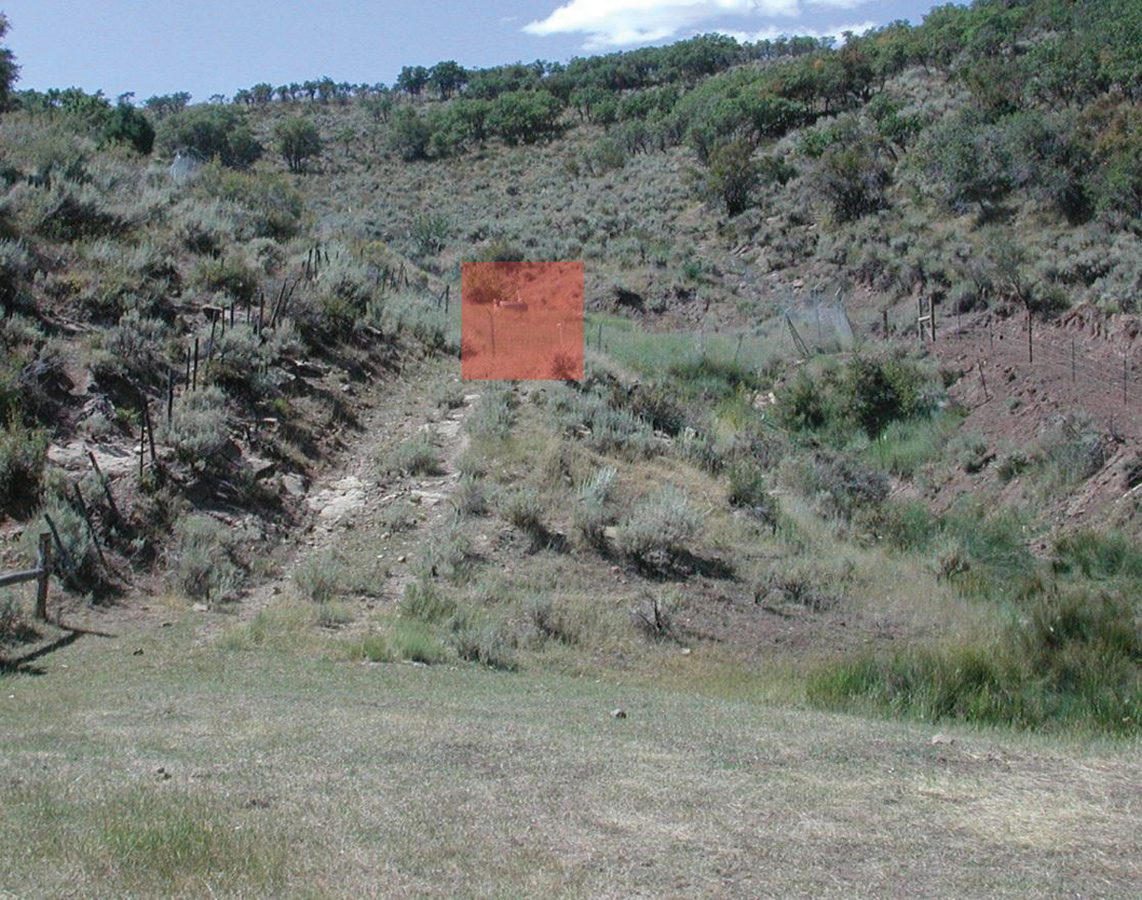 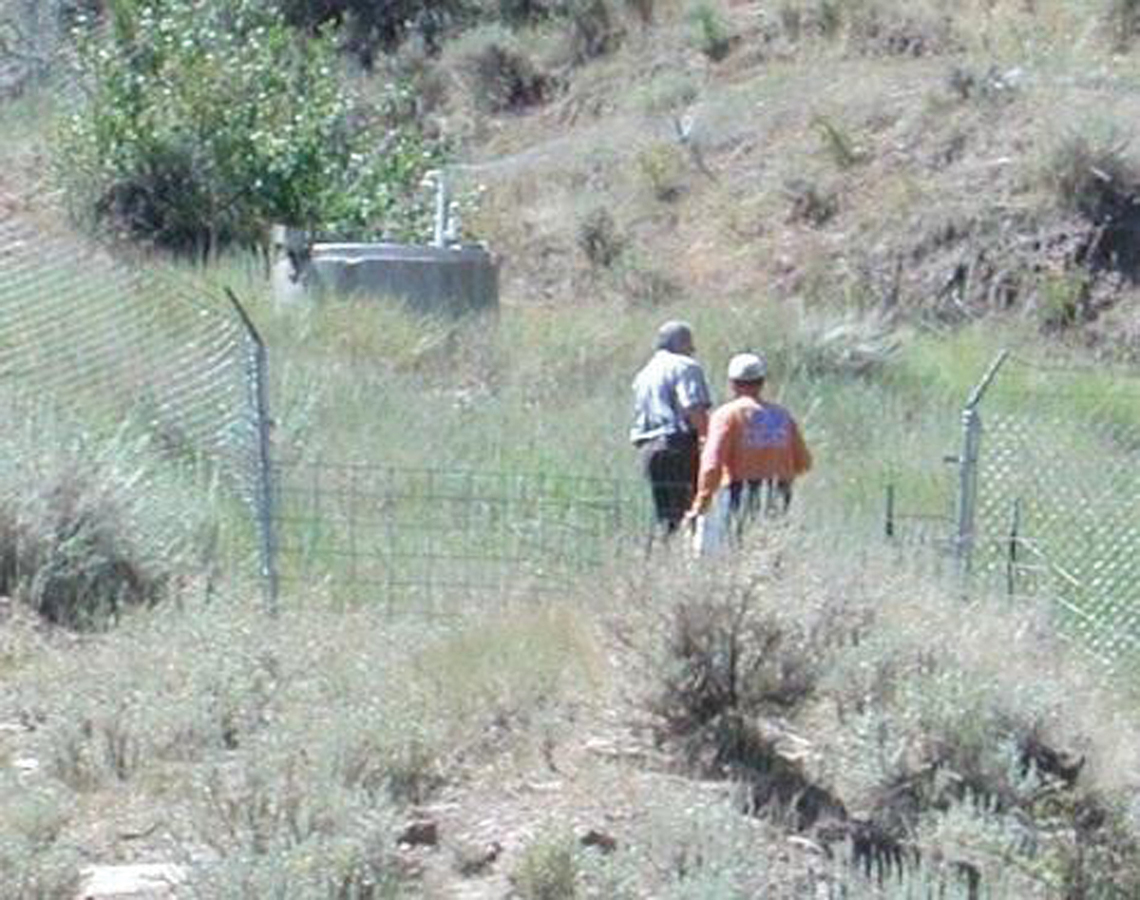 The vast Uinta Basin in eastern Utah is better known for productive oil and gas wells than for water resources. With the continued demand for domestic energy production, research and development activities for unconventional sources of oil and gas, such as oil shale and oil sand, have increased. In particular, the southeastern Uinta Basin has been recognized as having oil shale development potential, and this area generally lacks sufficient water-quality data for surface waters and relatively shallow groundwater. The primary goal of a recent study by the Utah Geological Survey (UGS) is to establish baseline water quality in this area to evaluate and compare any future impacts to water resources.

The southeastern Uinta Basin lacks information from water wells, streams, and springs due to the area’s reliance primarily on river water as a public-supply source. Thousands of wells within the basin tap groundwater that is not potable; this water exists hundreds or thousands of feet below the surface in oil- and gas-producing zones where it is classified as too salty for human consumption.

So, why does the quality of water from the Uinta Basin’s shallower wells and springs matter when they are generally not used for drinking water? First, rock units exposed at the surface can be tilted in the subsurface at an angle that slopes toward river levels, where they can discharge water into the Green and White Rivers and their tributaries. A chemical spill on the ground surface, or a substance introduced to a well via leakage or poor wellhead construction, can migrate downgradient and eventually reach streams, which are important drinking water sources, recreation areas, and wildlife habitats. Second, some sites provide water to campers and hunters; although only used seasonally, these sites are still considered public sources. And finally, some of the wells and streams supply water to oil and gas fields within the basin; this water applied on the surface can potentially recharge subsurface aquifers and impact water quality.

Between spring of 2009 and summer of 2011, the UGS collected 85 water samples from up to 24 water wells and surface-water sites. Most of the samples were collected biannually to document seasonal water chemistry changes. Water-quality constituents analyzed include general chemistry, nutrients, metals, and volatile organic compounds (VOCs).

Groundwater quality in the study area varies and is generally good, with total-dissolved-solids (TDS) concentrations primarily below 3000 mg/L, although elevated nitrate, arsenic, lead, selenium, barium, and boron concentrations exist in the aquifers at some locations. Our analysis indicates variable water quality throughout the study area, with water likely sourced from multiple aquifers that are not connected, except locally (e.g., shallow alluvium in the northwesternmost part of the study area). TDS concentrations showed little seasonal variation, with about half the sites consistently less than 1000 mg/L and the other half consistently greater than 1000 mg/L. The best quality water (less than 500 mg/L) is from PR Spring, the Green and White Rivers, and one sample obtained during spring runoff from Willow Creek in 2011.

The poorest quality water, in terms of high TDS, exists in bedrock wells penetrating the Green River Formation and from low-flow waters of perennial Evacuation Creek (Evacuation Creek flows along outcrop of the Birds Nest zone of the Green River Formation, which contains significant saline mineral deposition and subsequent dissolution). Elevated TDS concentrations likely result from long residence time of water in the bedrock aquifer, surface contamination in shallow alluvial wells, and dissolved constituents contributed from the Green River Formation to discharge areas (streams). Most sites have nitrate concentrations below 0.1 mg/L, except alluvial wells downgradient from irrigated fields and a cattle ranch in the northwestern part of the study area (12 to 18.8 mg/L; the source of nitrate is likely from agricultural activity), and a well penetrating bedrock in the central part of the study area (9.8 mg/L; source unknown).

VOCs were analyzed annually for most sites. VOCs are carbon-based chemicals that typically evaporate at the Earth’s surface, but can reach groundwater under certain conditions. Airborne Uinta Basin VOCs are likely from oil and gas emissions, but can be introduced to groundwater from direct industrial or wastewater discharge, leaky underground storage tanks, infiltration from surface spills, atmospheric deposition of vehicle and industrial emissions, and also from natural sources such as bitumen or gilsonite common within local formations (e.g., the Green River Formation). Seventeen of 21 sites sampled for VOCs had detectable levels, and 13 different types of VOCs were detected. No VOC exceeded U.S. Environmental Protection Agency maximum contaminant levels, but many samples had detectable levels of certain VOCs. The most frequently detected was chlorobenzene (in 17 samples over all sampling intervals) followed by chloromethane and xylene (5 samples). Even though the concentrations in groundwater and surface water are low, once VOCs are introduced into the groundwater system, they can become mobile and difficult to remediate.

Overall, the samples show variable water quality throughout the study area, but little seasonal variation at any given site. All of the sites sampled vary in terms of their water resource value. Some are perennial streams or springs, some are water supply sources for the oil and gas industry, some supply water for wildlife, and a few are public water supply sources. Most of the water could be used as a source for drinking if treated properly (desalination), having TDS concentrations below 3000 mg/L, the upper limit set by the Utah Water Quality Board as “Drinking Water Quality.” Water-quality degradation may result from an increase in development activity if sound water management practices are not implemented.

Many studies rely on sampling after the environment has been contaminated, and try to trace the contaminant back to a source. Our study provides a current “snap-shot in time” picture, which will make pinpointing the source of any future water quality degradation more direct and accurate. The overall goal is to promote responsible resource development without negatively impacting the environment.