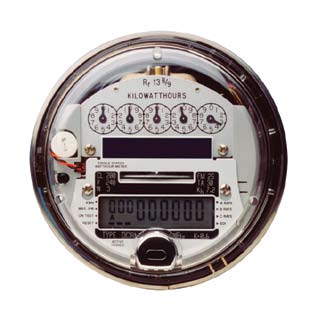 Do you know what’s inside the walls of your home? How much insulation is in your attic? How efficient your furnace is? Most people have no idea how energy efficient their home is, even if it is new. Yet the energy we use for heating and cooling our homes accounts for a significant part of our overall energy use. According to U.S. Department of Energy household consumption data, 57 percent of all the energy consumed by households in Utah’s climate zone is used for space heating— energy worth nearly $1,000 annually per household—and another 4 percent of all energy is used for cooling. Many states, including Utah, try to achieve a baseline level of energy efficiency in buildings through the use of energy codes.

Energy codes are a rather obscure topic, but they have a major impact on the economy of both individual households and the nation as a whole. Energy consumed in buildings represents about one-third of all energy used in the United States. Energy codes are similar to fire and safety codes—they set standards that contractors must meet to ensure at least a minimal level of energy efficiency in a building. Energy codes typically focus on systems that will affect the energy use of a building for years—if not decades—to come. For instance, a building’s envelope (the combination of exterior and interior walls and the spaces between them) will rarely, if ever, be modified after it is built. If the envelope is poorly sealed or underinsulated and air handling systems are installed poorly, energy is wasted for years. Over the life of even a small house, thousands of dollars can be lost.

Energy codes cover commercial buildings as well. Have you ever stopped to think that the lights above your desk may really be small space heaters—most incandescent lights are—and how that affects the cooling load on the building? Did you know that revolving doors are often installed in large buildings to comply with energy code requirements? Energy codes for commercial buildings cover a wide variety of topics including lighting density (watts per square foot), envelope requirements, air handling (heating, cooling, ductwork, motors, etc.), doors, and windows.

Energy code standards in the United States are established by the International Codes Council (ICC). Using a stakeholder input process, the ICC revises the International Energy Conservation Code (IECC) every 2–3 years. The IECC is intended to be a relatively easy to understand set of rules for designers and contractors to follow when they construct new or expand existing buildings. The latest version, IECC 2006, became effective on January 1, 2007. An alternative, more complex and technical set of standards (ASHRAE 90.1) is established by the American Society of Heating, Refrigerating, and Air-Conditioning Engineers. The two standards are complimentary and the IECC makes provision for alternative compliance using ASHRAE methods.

States vary widely in the stringency and enforcement of energy codes. Some (e.g., Wyoming, Tennessee) set no statewide standards and leave adoption and enforcement of codes to local governments. Others (e.g., California) have state-specific standards that are even more stringent than the 2006 IECC. Utah’s law is among the most progressive in the nation in mandating use of the latest version of the IECC statewide. Though local amendments are allowed, they may only make the energy-saving components of the code more, not less, rigorous. However, enforcement of codes is left to local governments and it is here that Utah has historically seen mixed performance. Local building code officials also enforce other building codes (e.g., plumbing and electrical standards) for health and safety. Some inspectors follow a hierarchy where health and safety come first and energy efficiency is not a major enforcement priority. Because of periodic code revisions, it is also difficult for inspectors to keep abreast of the latest energy code requirements. Because some localities do not strictly enforce the latest IECC, some builders have been lax in voluntarily complying with the energy code. As a result, code compliance has historically been spotty across the state. This represents a lost opportunity for the state’s economy and environment.

In autumn of 2006, several factors merged to create a chance to improve Utah’s energy code compliance and save the state millions of dollars in energy costs. Both of Utah’s major utilities (Rocky Mountain Power and Questar Gas) began to design demand-side management programs aimed at reducing energy use in homes. At the same time, the UGS’ State Energy Program (SEP) staff, realizing that the new IECC 2006 was soon to become effective, saw an opportunity. SEP approached both utilities and suggested a joint program of energy codes training for 2007. The program would highlight changes in the newly adopted code and would be designed for contractors, engineers, architects, and local code officials. SEP would manage the program, and the utilities (with the approval of Utah’s Public Service Commission) would provide the funding ($90,000) to hire a nationally known codes expert to conduct training sessions around the state.