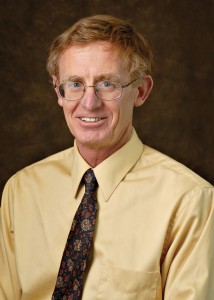 One of the performance factors evaluated by this survey was Utah’s “preparation for disasters,” and this ranked as average, marginally below factors such as healthy living, natural lands, arts and culture, and slightly above factors such as agriculture, transportation, and healthcare.

One of the challenges in evaluating societal priorities as we plan for growth is that high-impact but low-frequency events tend to be undervalued. An obvious example is our preparedness for damaging earthquakes. About 75 percent of Utah’s population resides within 50 miles of the Wasatch fault, where magnitude (M) 7 earthquakes occur on average about every 300 years on the central part of the fault, and it has been about 200 years since the last major earthquake.

Sophisticated damage models based on building codes and damage from earthquakes elsewhere predict hundreds of fatalities, over 100,000 households displaced, and an economic impact of at least $50 billion for an M7 earthquake on the Salt Lake City segment of the Wasatch fault. However, human nature is such that it frequently perceives other issues as more important and pressing when comparing the possibility that a very hazardous event may or may not occur in the next few decades.

Much can be done to improve a community’s resilience to natural disasters as growth occurs. Geologic hazard maps that get incorporated into local government planning, and adherence to appropriate building and development codes, can minimize impacts from the inevitable hazard events.

The recent Parkway Drive landslide in North Salt Lake described in this issue highlights the risks to life and property when development occurs in geologically hazardous areas. In this case, no lives were lost, but one house was destroyed, another home’s backyard was destroyed, and an adjacent tennis club suffered significant damage. The Utah Geological Survey (UGS) had identified unstable ground in this area 10 years ago, and in a similar geologic setting 0.6 miles away, the slow-moving Springhill Drive landslide resulted in 12 houses being demolished between 1998 and 2013.

In December 2013, two fatalities occurred when a large rock demolished a house in Rockville. The UGS had identified this house, and many others in Rockville, as being in the high-hazard zone for rockfalls, but unfortunately most development here occurred decades earlier.

Geologic-hazard maps are most useful when completed prior to development, and local government zoning restrictions can optimize investment and land-use according to the hazard. UGS continues to prioritize our limited funds for geologic hazard mapping in areas of highest population growth.