This quadrangle is located in central Utah within the eastern Basin and Range Province.  The quadrangle includes the northern part of Utah Lake in western Utah Valley, the northern and northeastern lakeshore, and Pelican Point, extending into Utah Lake from the eastern edge of the Lake Mountains.  Bedrock near Pelican Point includes Mississippian-age sedimentary strata on the eastern limb of the Lake Mountains syncline.  The majority of the quadrangle is covered by Utah Lake, which is underlain by normal faults that form the western boundary of Utah Valley.  Surficial deposits along the lakeshore are primarily associated with lacustrine deposition from Holocene Utah Lake and its precursor, late Pleistocene Lake Bonneville. 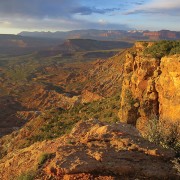 Welcome to the Meghalayan Age – a new phase in history