Utah consumers will soon be able to get rebates for replacing energy-hog appliances as part of the federal stimulus program. State energy officials are in the process of hiring a contractor to administer the program, expected to start around mid-February.

In July, Congress announced its $300 million State Energy Efficient Appliance Rebate Program, the equivalent of a “cash for clunky appliances” program. Utah’s share will be $2.6 million and change, paid in the form of rebates for the purchase of new appliances like washers and refrigerators. An energy-efficient washer can save a consumer as much as 40 percent in utility costs, according to Rocky Mountain Power.

IN THE MEDIA
The Salt Lake Tribune
Deseret News 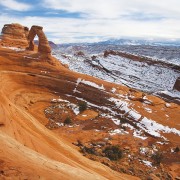