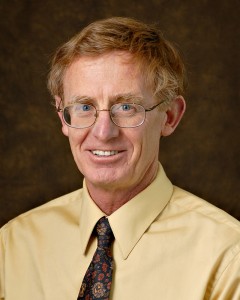 State Geologist and Director Rick Allis retired in January after 18 years of service with the UGS. Prior to joining the UGS, Rick was in senior management at the Institute of Geological and Nuclear Sciences in New Zealand, originally known as the New Zealand Geological Survey, and then was a research professor with the Energy and Geoscience Institute at the University of Utah for almost three years. While at the UGS, his steady leadership and strategic vision helped the agency meet a number of challenges over the past two decades. Rick’s emphasis on making all UGS publications available for free on the UGS website, as well as providing geologic information interactively through web applications, led to the creation of the Web Services Section. Anticipating the continuing need for understanding the interactions between geology and water resources, Rick encouraged and supported expansion of groundwater characterization studies and creation of the UGS Wetlands Section. A strong proponent of renewable energy, Rick played a key role in helping Utah be selected as the national Frontier Observatory for Research in Geothermal Energy (FORGE) field laboratory. After Mineral Lease revenues to the UGS plummeted following the crash in oil and gas prices that began in late 2014, Rick’s convincing arguments to the Utah Legislature’s Natural Resources Appropriations Subcommittee concerning the value of the UGS to Utah’s citizens resulted in the 2016 Legislature approving a $1 million ongoing increase in General Funds to the UGS, substantially stabilizing the agency’s budget. As the UGS’s longest-serving director, Rick has left an indelible mark on the Utah Geological Survey, and the agency and the citizens of Utah are the better off for it. Thank you, Rick, and we wish you well in your retirement! 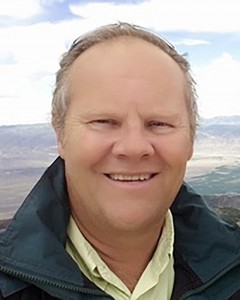 Bill Keach has accepted the position as State Geologist and Director and will join the UGS in mid-January. Bill is a scientist, educator, and expert in technology with over 30 years of experience in industry, academia, and regulatory state government. After earning a B.S. degree in Geology from Brigham Young University and an M.S. degree in Geophysics from Cornell, Bill spent over five years in offshore hydrocarbon exploration in the Gulf of Mexico and with SOHIO/BP in California. He then joined Landmark Graphics (now Halliburton) where he spent 17 years traveling the world developing 3D visualization technology and adoption. He returned to Utah in 2006 taking roles at both the Energy and Geoscience Institute at the University of Utah and Brigham Young University doing research and teaching courses on seismic interpretation and reservoir modeling. One of his favorite roles in academia has been the opportunity to develop and lead field courses taking students and professionals from around the world throughout Utah to see and learn its many wonders. In 2017 he accepted a role with California’s Division of Oil, Gas, and Geothermal Resources to evaluate reservoirs and bring technology into the division. The latter goal was recently realized with the introduction (first ever) of computer interpretation tools. Another goal was bringing in UAS (drone) technology and developing protocols for regulatory inspections. While in California he has continued his adjunct appointments with the University of Utah and Brigham Young University to satisfy his passion for teaching. We welcome Bill and look forward to working with him at the UGS.