Warm, brackish groundwater issues from the Skull Valley faults at the western foot of the Stansbury Mountains to produce Horseshoe Springs—two springs that join to create a horseshoe shape. 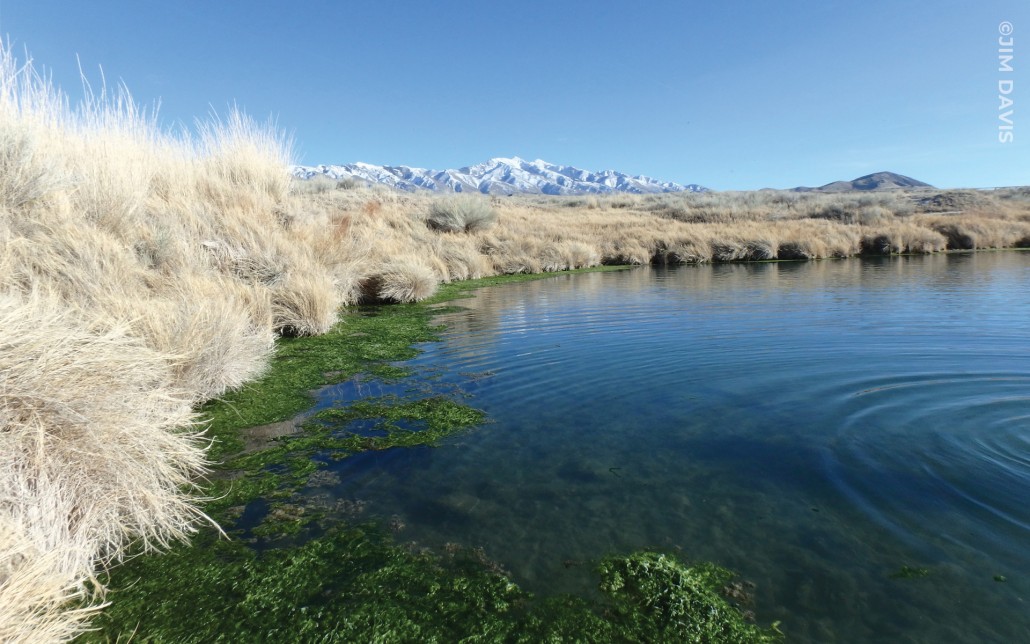 More than half of the streamflow in the Upper Colorado River Basin originates as groundwater, according to a new U.S. Geological Survey study published in the journal Water Resources Research.

At the northern end of a small but rapidly growing southern Utah community lies a modern ghost town.

Bill Lund, one of our senior scientists here at the Utah Geological Survey, weighs in on the issues surrounding groundwater mining and its effects in Iron County.

We can’t see aquifers, but these underground water reservoirs make life possible in the West. As we continue our series on Utah’s Uncertain Water Future, we explore the consequences of mining groundwater in Utah’s Cedar Valley. 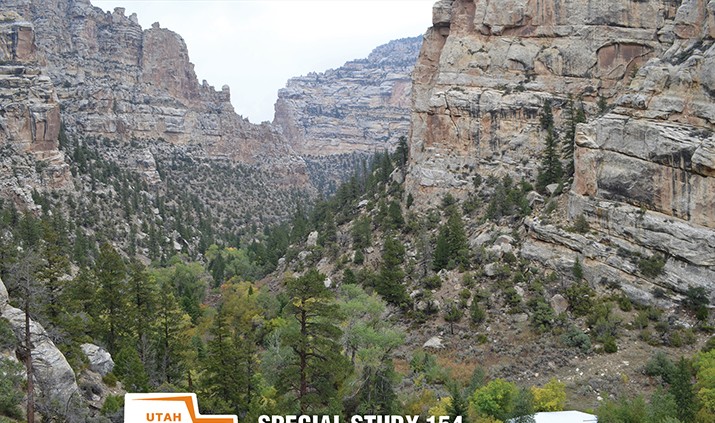 Ashley Spring is an important water supply for most of the residents in the Vernal area of Uintah County, Utah. The Geological Survey conducted a study to determine the baseline flow paths and water chemistry of the aquifer systems that provide water to the spring. Ashley Spring water is of high quality, which does not vary long term. A Substantial part of the water emanating from Ashley Spring has been in the groundwater system less than one week, originating as recharge at areas along Dry Fork where water seeps into sing and fractures. This CD contains a 54-page report and appendices.

“The time and resources committed to this study delineates groundwater levels, flow and chemistry in Snake Valley and adjacent basins to a much greater degree than was previously possible,” said Hugh Hurlow, senior scientist for the UGS Groundwater and Paleontology Program. “With pressure to develop groundwater in west-central Utah and east-central Nevada likely to continue, we needed to understand how future development and groundwater use was going to impact Utah residents and natural resources.”

Monitoring by UGS revealed that current groundwater use in Snake Valley is slowly depleting the basin-fill aquifer. Present pumping rates will continue to lower groundwater levels and reduce spring flow.

The study also shows future water development and increased pumping in Nevada or Utah would significantly increase the rate and area of groundwater level decline. Additional pumping for local agriculture use, or export from the area would harm springs and shallow groundwater that supports habitat of sensitive-species and vegetation used for grazing.

Additionally, researchers found that shallow basin-fill and deep carbonate-rock aquifers are interconnected. Increased pumping could also cause drawdown from both, which in turn could impact valleys beyond Snake Valley.

“Groundwater pumping would affect environmental conditions and current and future groundwater use in Snake Valley,” Hurlow said. “Taken together, the proposals for groundwater development in the region exceed the groundwater available for development. The current ecosystem would be negatively impacted by all but small levels of additional pumping.”

The UGS study was funded by the Utah Legislature in 2007, primarily to evaluate the impacts of a proposed project by the Southern Nevada Water Authority (SNWA) to pump groundwater from several basins in east-central Nevada for use in Las Vegas. SNWA’s project includes wells in Snake Valley, within five miles of Utah.

To complete the hydrogeologic study and groundwater monitoring, UGS developed a monitoring network that includes wells at agricultural areas, springs and remote sites. In all, 76 wells record water levels hourly, and new spring-flow gages are in place at six sites. Data from the study is available on the UGS Groundwater Monitoring Data Portal. Data collection is planned to continue for the foreseeable future.

The report is available for purchase from the Utah Department of Natural Resources Map and Bookstore, 1-888-UTAHMAP, GET IT HERE. A PDF version of the report is also available on the UGS webpage.

Here’s a read covering the issues in Iron County surrounding the declining underground water levels, and its effects up above.

Since at least the 1960s, more water has been removed from Cedar Valley’s underground water supply than has been replenished, and that problem is only getting worse.

The Stonegate subdivision seems like a great place to settle down and raise kids. But a dank secret lurks under its sprawling lawns.

A small team of our geologists have been working in Snake Valley to determine future effects the Southern Nevada Water Authority’s proposal to tap Snake Valley aquifers could have on ranchers and fragile desert ecosystems. Check out this Salt Lake Tribune article for more information on the matter.

For years, Snake Valley ranchers and environmentalists have complained Las Vegas’ designs on rural groundwater would wreck their livelihoods and dry up fragile desert ecosystems in Utah’s West Desert.

The U.S. Geological Survey (USGS) intends to sponsor and conduct a new comprehensive groundwater study of the Moab area, officials said this week.