“Where did the stone used to construct some of Utah’s older buildings come from?” This was a question recently prompted by the state’s Centennial activities. Almost all of the stone buildings in Utah built before the turn of the century were constructed from local stone. Typically, the first buildings constructed at town sites were homes and out buildings. As communities grew, municipal, commercial, and church buildings were built. The use of stone as construction material in Utah varied among communities because some towns lacked a nearby source of suitable building material and could  not economically import stone from other localities. Other towns had the rock resources, but lacked people with stonemason skills. In both cases, rough field stone (backyard cobbles), wood, or brick and/or adobe were used to construct buildings. In communities that had available stone and a local stonemason, buildings of quarried stone are abundant. 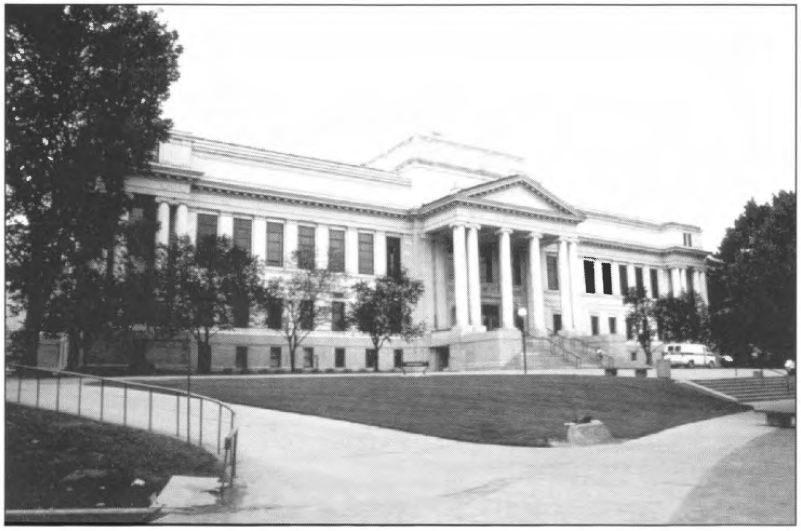 The Park building located on the University of Utah campus is made of white oolitic limestone from Sanpete County (photo by Bryce Tripp).

One area that had suitable building stone and stonemasons to quarry it is Sanpete County. Stonemasons of Manti, Ephraim, and Spring City utilized an oolitic limestone to construct many of the local church and government buildings. Outcrops of this white limestone can be seen in the hills and low ridges of the Sanpete Valley. Quarries were located northeast of the town of Ephraim and northeast of the Latter-day Saint (LDS) Temple in Manti. Some of the buildings constructed with the oolitic limestone are the Manti Courthouse, the LDS Manti Temple, Ephraim City Hall, and the Spring City Meeting House. Farther north, this limestone was also used to construct the Maeser Memorial Building at Brigham Young University in Provo, and in Salt Lake City, the Kearns Residence (the Governor’s Mansion) and the Park Building on the University of Utah campus.

Several turn-of-the-century homes and the city hall in Midway, Wasatch County, were built with stone locally called pot rock. The geologic name for pot rock is tufa, composed of either calcium carbonate or silica that precipitates from spring water. The tufa in Midway was easily quarried from active and inactive hot-spring (hot-pot) deposits by using picks, axes, crow bars, and plows, and by blasting with explosives. Tufa is soluble in water and softens when used for basements and foundations where moisture is present, and therefore is poor for use in underground construction. Tufa was also used in a few homes in Pleasant Grove, Utah County, where it was called soft rock.

Willard, Box Elder County, showcases several homes made of field, or rubble stone. Most of the older homes (early 1850s to mid-1880s) were built with the stone found on or near the construction site. The source of these stones is granite, gneiss, schist, quartzite, and silicious limestone bedrock weathered out of Willard Canyon. One unique field-stone home in Willard is the Joseph Nicholas house. Constructed in the late 1850s, the holes used to support the scaffolding used during construction were never filled with mortar and are visible in the walls. Two other notable houses are the Robert Bell Baird and the Mason homes. The former is a field-stone house that was built in the early 1880s. A structural feature that sets this home apart from others is not the masonry, but the musical notes that are carved into the barge boards under the eaves (Robert Bell Baird was a local musician). The Mason Home is an 11 room house and is reportedly the largest stone home in Willard. It was built in 1860 from granite quarried near the mouth of Willard Canyon. 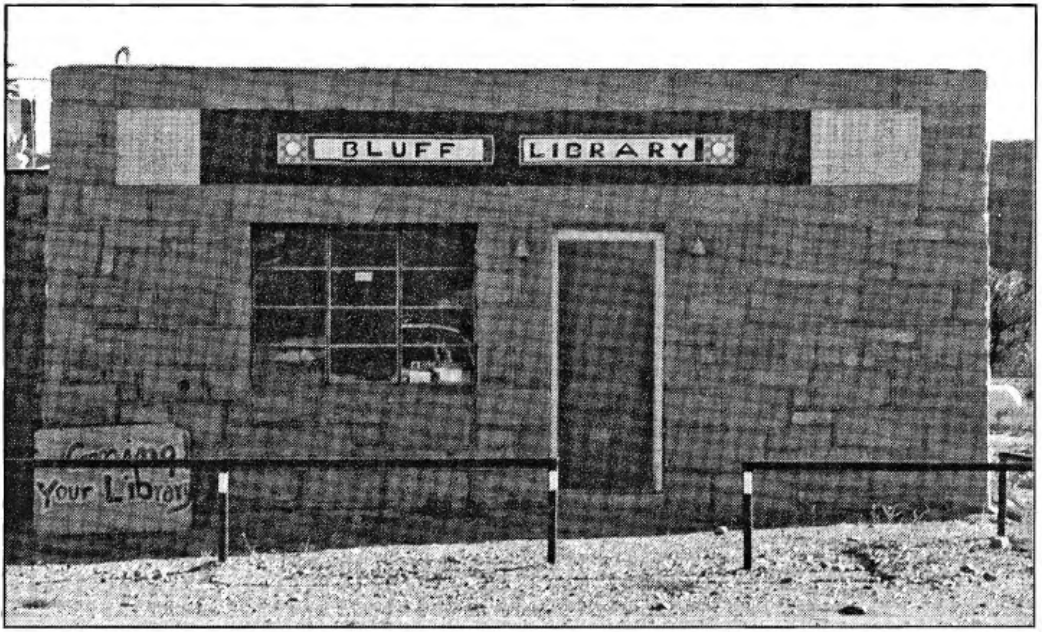 Many of the stone houses in Beaver, Beaver County, are constructed from local basalt and tuff. A majority of the basalt homes were constructed of field stone collected from dry stream beds and hillsides. Fort Cameron,  built on the east side of Beaver in the early 1860s was constructed from basalt reportedly quarried in the eastern foothills. One building, believed to have been the laundress quarters, is all that remains of the fort today. Other buildings that are made of basalt are the Beaver Woolen Mills building, the Co-op store, and the Thomas Fraser home, all built in the early 1870s. Tuff became the dominant building stone in Beaver during the 1880s because it was lighter in weight and easier to shape than basalt. Basalt was still used for foundations and basements because it is less permeable than tuff. If you have an opportunity to visit Beaver, notice that most of the tuff houses are located on the east side of town, while the majority of basalt buildings stand west of Main Street. Could this be because the area west of Main Street is the older part of town? 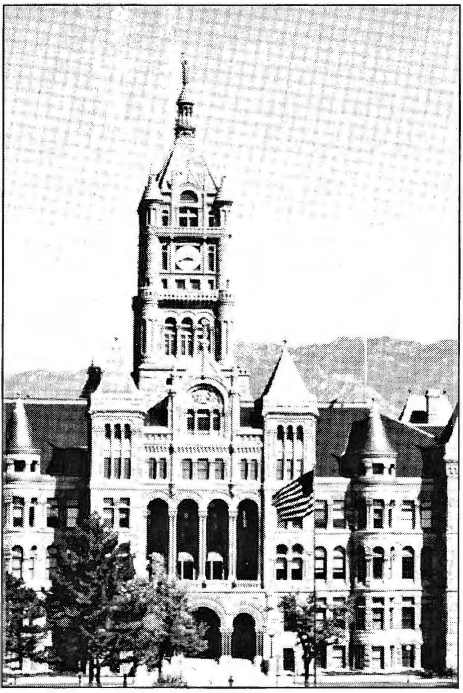 Built in 1894, the Salt lake City and County building was constructed from sandstone quarried near Kyune, Utah (photo by Bryce Tripp).

In Bluff, San Juan County, sandstone was commonly used for building construction. Several sandstone homes are visible along the main road through town. The sandstone was quarried and gathered fr_om the cliffs north of Bluff. This building stone was reported to be the Navajo Sandstone, but is most likely the Bluff Sandstone Member of the Morrison Formation, which is the uppermost rock unit in the cliffs surrounding the town. The Bluff Sandstone is slightly softer than other Utah sandstones, which may be a contributing factor in a number of stone buildings that have collapsed in this community during the past 100 years.

Salt Lake City has innumerable stone buildings. Much of the locally quarried stone came from Red Butte Canyon near Fort Douglas, Emigration Canyon, and Little Cottonwood Canyon. Red rock quarried from Red Butte and Emigration Canyons is the Nugget Sandstone, which was used to build many of the homes in Salt Lake City’s older neighborhoods. It was also used to construct foundations and is visible in the A venues, Fort Douglas, and in many homes east of Salt Lake City’s central downtown area. Granite was the rock-type quarried from Little Cottonwood Canyon. Buildings constructed from this black- and white-speckled granite are the Salt Lake LDS Temple built in 1894, and the State Capitol completed in 1913. An example of a structure made of non local stone is the Salt Lake City and County Building. The gray sandstone blocks used to construct this building were quarried in southeastern Utah County, near the town of Kyune.

Many Utah communities have stone buildings (too many to mention in a brief article). If you are interested in further reading, the references below should provide a place to begin your studies. Other information can be obtained through the Division of State History’s library and the libraries of the University of Utah, Brigham Young University, and Utah State University.