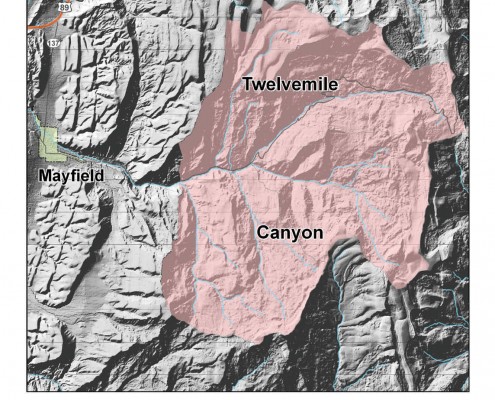 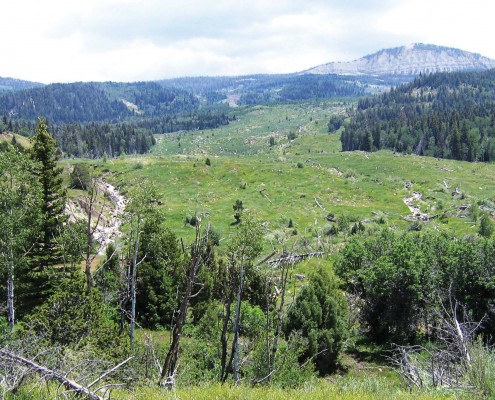 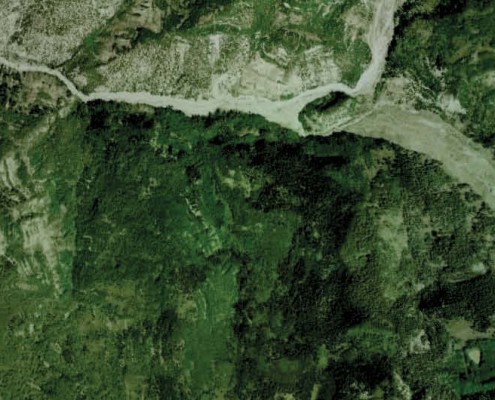 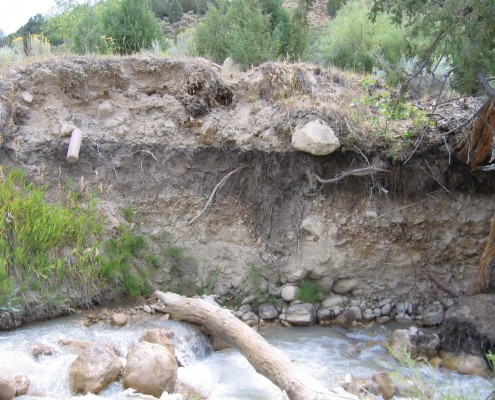 Twelvemile Canyon, east of Mayfield, Utah, contains large, historically active damaging landslides. Widespread landsliding in 1983 resulted in road relocations, drainage of a water reservoir, and a permanent campground closure. In 1998, a landslide deposited material in a creek causing a significant increase in the creek’s sediment load. To address ongoing problems the Utah Geological Survey (UGS) and Manti-La Sal National Forest began a cooperative project in 2008 to prepare a landslide-inventory map and database of the canyon. The purpose of the map and database is to show individual landslides and their characteristics, and to provide Manti-La Sal National Forest with information to manage landslide problems.

The landslide inventory map and database show landslide location and provide specific landslide information. We are using a geographic information system (GIS) to capture, store, analyze, and display the data collected for each mapped landslide. The GIS can show which landslides affect or threaten streams, reservoirs, and other features of interest.

Landsliding in Twelvemile Canyon is associated with weak, landslide-prone rock, particularly the Tertiary-Cretaceous (about 65 million years old) North Horn Formation. The North Horn is composed mostly of shale that weathers to clay and produces many of the largest landslides in central Utah. The North Horn is overlain by the Tertiary Flagstaff Formation and underlain by the Cretaceous Price River Formation, both of which contain shale and produce landslides.

Our landslide inventory mapping project covers 60 square miles in Twelvemile Canyon on the west side of the Wasatch Plateau. The mapping makes use of several different dates of aerial photography; aerial photos from 1940 through 2006 provide a 66-year history of landsliding in the canyon. The photography documents the approximate times of major landslide movement and shows how often some landslides move. The landslide inventory mapping process includes mapping each landslide boundary and recording landslide characteristics including:

• bedrock underlying the landslide, and

All landslide information is stored in a GIS database. The database can be queried to show relationships between landslides and other land-management elements such as streams, reservoirs, roads, bridges, trails, campgrounds, and timber sale areas.

Our mapping shows that most of the landslides are reactivations of pre-existing landslides. Some of these landslides have moved very slowly, inches or less per year, while others have moved rapidly and traveled miles. We observed evidence that suggests at least parts of some landslides were moving slowly in 2008.