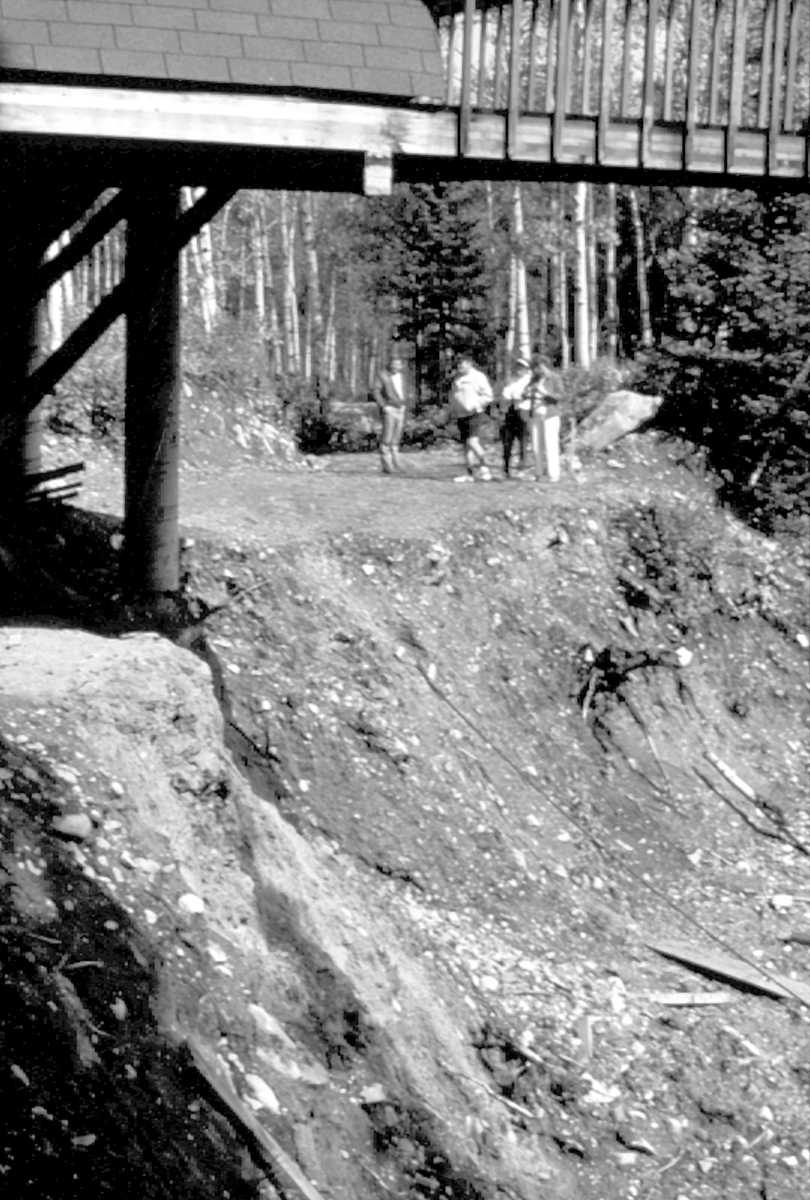 Landslides. We hear about them through the media as they occur in other parts of the world, but are landslides a concern for those living in Utah? Yes!

Steep slopes, mountainous terrain, certain rock types, and narrow debris-choked canyons make Utah subject to certain landslide hazards. In fact, landslides have caused significant economic loss in Utah. They have damaged or destroyed buildings, roadways, and railroads; blocked rivers causing destructive flooding, and resulted in the loss of life. Utah ranked third in the United States in terms of largest total landslide damage and cost per capita in the decade spanning 1973 through 1983. Contributing to losses sustained in Utah during this period was the 1983 Thistle landslide in Spanish Fork Canyon, Utah County—the most expensive landslide to date (approximately $337 million in 1983 dollars) in U.S. history.

The U.S. Geological Survey assigns Utah a landslide-hazard rating of “severe,” the highest of five landslide-hazard classes. Although increased availability of landslide-hazard maps has enabled consultants, local governments, and the public to become more aware of Utah’s landslide hazard, exposure to this hazard has risen, mainly due to the increased population and continued development on landslide-prone slopes.

Landslide-hazard evaluation is a complex task. Much of the difficulty lies in predicting if and when future movement on a formerly active landslide will occur. The geologist or engineer has to evaluate the interactions among rock and soil characteristics, slope steepness, groundwater conditions, and proposed development plans. Because of changes in site conditions, development on landslides can decrease slope stability and promote further landsliding.

Timber Lakes Estates located east of Heber City in Wasatch County, Utah is a community used here to illustrate the difficulties geologists and engineers face in evaluating the landslide hazard, and the development-related issues faced by property owners and local governments.

To aid in land-use planning, Wasatch County asked the Utah Geological Survey (UGS) to produce geologic-hazards maps for the western part of the county. When development is planned within a geologic-hazard area, the county may, depending on the level of the hazard and nature of the proposed development, require the developer to complete a more detailed geotechnical study of the site. This allows any needed hazard-reduction measures to be included in the development plans prior to construction.

Timber Lakes was platted in the early 1970s before the county knew of the landslide hazard. Much of Timber Lakes is situated on ancient landslide deposits, parts of which were reactivated during the wet years of the mid- 1980s. At the request of Wasatch County, the UGS is currently investigating an area known as the Pine Ridge landslide (a smaller slide within the larger area of ancient landslide deposits). More than 100 lots have been platted on and adjacent to this slide.

The Pine Ridge landslide is inactive except for an 80-acre section that reactivated in 1986. This reactivated area affected only one developed lot but, with continued development, the slide may impact more, through development-related slide movement. Most of Timber Lakes was platted and the lots were sold prior to any geologic-hazard studies. Because of this, the developer is no longer responsible for having the landslides studied, and the responsibility now lies with individual lot owners.

All property owners (including those at Timber Lakes) should know that inclusion of a lot within a mapped geologic- hazard area does not necessarily render the property valueless or unbuildable; it simply means that the hazard should be addressed prior to development. A site-specific geotechnical study benefits lot owners by making them aware of the hazard, and allows them to incorporate any recommended hazard-reduction measures into the location and design of their structures.

However, a drawback to conducting a geotechnical study of a single lot on a large landslide is that the study is specific to the conditions of that particular lot and cannot adequately address the stability of the larger slide as a whole. The cumulative effects of development activities (such as landscape irrigation, cuts into slopes for foundations and driveways, and drain fields) on all the lots on and adjacent to the landslide are not taken into consideration in lot-specific studies.

Area-wide geotechnical studies of large landslides and the incorporation of geotechnical recommendations into lot development can be expensive. However, the costs to individual lot owners can be reduced through cooperative funding. Also, the money spent up front in hazard reduction is nothing compared to the cost of rebuilding. Remember, landslide damage is not covered by homeowner’s insurance.

One issue that has arisen at Timber Lakes is the concept of acceptable risk. For example, some lot owners are willing to build their houses on landslides for which a geotechnical study to determine the stability of the landslide has not been made. However, issuing a building permit to a risk-taking lot owner could indirectly force others to also accept greater risk and potential liability as is illustrated in the following example: Suppose the risk-taker installs a septic-tank system that provides sufficient water to the subsurface to reactivate the landslide, which undercuts the foundation of a neighbor’s house not on, but just downslope from the slide. In this scenario, the risk-taker’s actions result not only in the destruction of a neighbor’s house, but also in high costs associated with emergency response, remediation, and, most likely, lawsuits. The neighbor whose house was destroyed will not be pleased with the county that issued the building permit to the risk taker. However, the governmental-immunity law prohibits lawsuits against local county governments. This scenario shows how the acceptable-risk issue is often more complex than it may seem initially.

Another issue that potential landowners at Timber Lakes (and elsewhere in Utah) face is that disclosure of geologic hazards is not a legal requirement in this state. This means that the real estate agent or property seller does not have to tell you that the land for sale has geologic hazards associated with it. So potential buyers beware.

Listed below are some steps the future landowner can take to obtain information on the property of interest before buying:

1) Visit the property. Ask the local government’s planning department for information on setbacks from steep slopes. Take the information to the property of interest and walk it. Some general items to look for are: benched topography, naturally ponded water near the top of benched areas, and seeps near the base of steep slopes. Remember the setback information the county gave you and measure it on your property. You want room for needed buildings and drain fields for septic systems beyond the building setback.

2) Hire a consultant. If you suspect that the property may have a landslide hazard (or if the county or city requires a study), contact an engineering geologist or geotechnical engineer and have them assess the property. The consultant can also provide you with recommendations on what can be done during the development of your lot to reduce the landslide risk.

3) Consult geologic-hazard maps. Landslide-hazard maps (1:24,000 scale) are available for most Wasatch Front counties as well as other areas in Utah; check with your county planning department. Available at the UGS are landslide compilation maps for the entire state at 1:100,000 scale. Remember that 1:100,000 and 1:24,000 scale maps do not show enough detail for lot-specific purposes. Their intended use is for regional planning. These maps should be used only to see if you may be on or near a known landslide-hazard area.

4) Research as much geologic information as possible. The UGS is a resource for information on geologic units that are susceptible to landsliding. Also, the UGS has recently released [1996] a publication titled “Guidelines for Evaluating Landslide Hazards in Utah,” Circular 92, which is an aid to geologists and engineers for evaluating landslides in this state. [Circular 92 was superseded by Guidelines for investigating geologic hazards and preparing engineering-geology reports with a suggested approach to geologic-hazard ordinances in Utah, Circular 122, published in 2016.]