Glad You Asked: You have a bookstore? In the digital age? 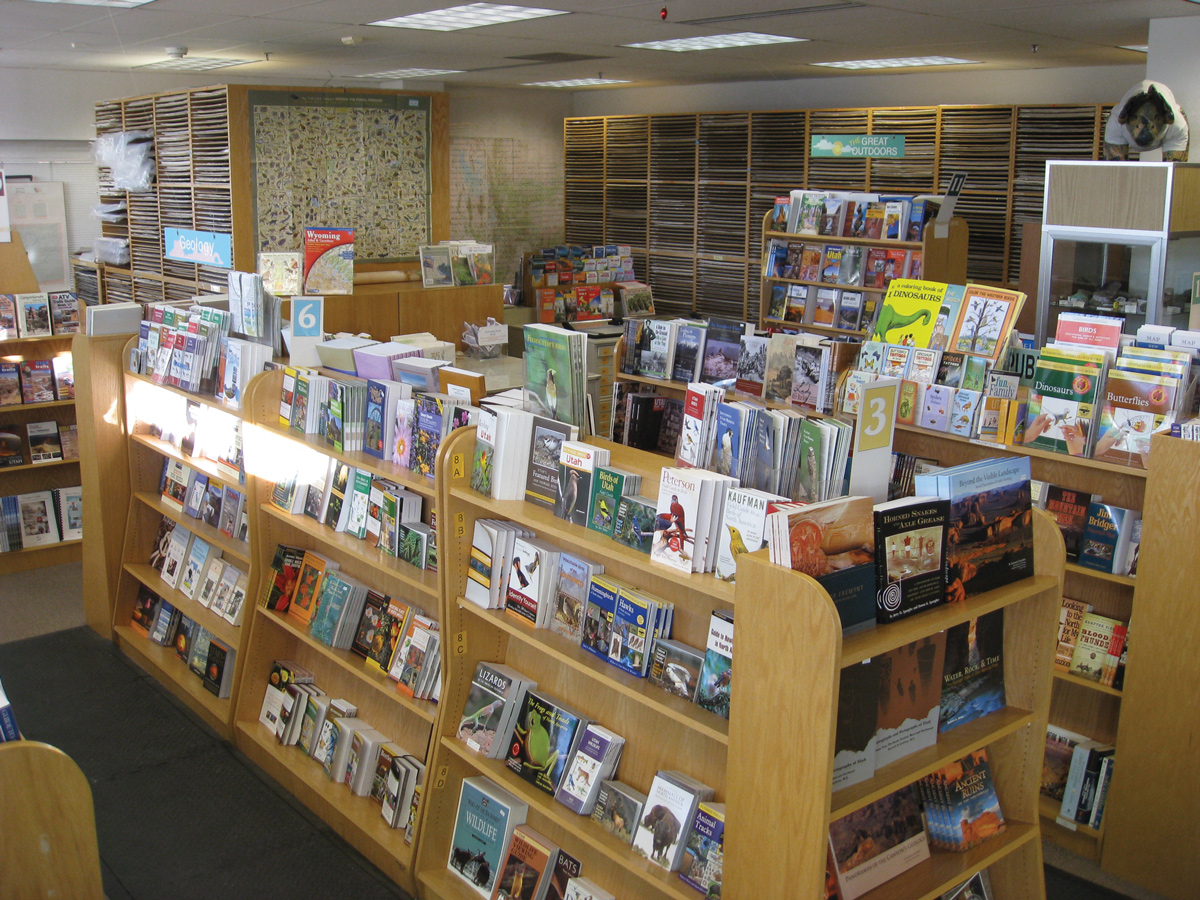 The Natural Resources Map & Bookstore is a place to research your next adventure.

UGS Publications on Compact Disc a Thing of the Past

July 2016 brought the end of an era at the Utah Geological Survey, with the discontinuation of UGS publications on compact disc (CD). For about the past 15 years, the CD has been the primary format for UGS publications. During that time, we have also provided our publications free of charge through the UGS website.

Now, with the decline in popularity of the CD as a data storage medium, we are focusing our efforts on online publishing.

With few exceptions, all new UGS publications are being released as digital files through our website. The publications can be accessed and downloaded from our new, searchable UGS Publications Database (http://geology.utah.gov/map-pub/publications/).

At a customer’s request, the UGS can provide the digital publication files on a USB flash drive; this service is available for a nominal fee through the Natural Resources Map & Bookstore. Also, customers can continue to purchase print-on-demand copies of UGS publications through the bookstore.

Why does the UGS have a bookstore?  State law mandates the UGS to “…prepare, publish, distribute, and sell maps, reports, and bulletins, embodying the work accomplished by the survey…” The Survey was founded in 1949 and originally sold publications from a sales desk in its office, then located on the University of Utah campus. The original “desk top” sales model lasted until 1992, shortly after the Survey moved its headquarters to Foothill Drive. The new offices included a “sales floor” for selling the roughly 1,300 maps, books, pamphlets, brochures, and various other publications the Survey had produced by that time.

Shortly after the Survey opened this sales floor, the U.S. Geological Survey (USGS) closed its Salt Lake City sales office and donated its entire inventory of topographic maps and geologic publications to the UGS. The volume of material received was enormous. Just the 7.5-minute quadrangle topographic maps included over 1,500 unique titles and a total inventory numbering in the tens of thousands. Thus the sales floor expanded, additional staff were hired, and the “modern” UGS bookstore was born. In 1996 the Survey, along with the map and bookstore, moved to its current location in the Department of Natural Resources building on North Temple.

However, this wealth of online information has not caused our brick and mortar bookstore to perish. Sales decreased with the Great Recession, beginning in 2008, but have slowly increased since 2012. The Natural Resources Map & Bookstore’s survival in the digital age appears to be an example of an industry trend. Local, independent bookstores across the country have reported growth for several years, and a February 2016 article in Publishers Weekly reports that bookstore sales (including chain stores) rose 2.5 percent in 2015, though this was the first gain since 2007.

What is available at the bookstore? The bookstore carries a variety of books, maps, and publications by the UGS and other government entities, as well as private publishers. Specifically, the bookstore:

Why do customers still come in? There are probably as many reasons as there are customers. But here is a short list of some advantages of paper and other reasons to shop at the Natural Resources Map & Bookstore: