Geovandalism—the act of deliberately damaging natural features of the Earth’s surface— is a global dilemma that has intensified in modern times by way of expanding human populations, greater mobility, instant information access, social media, and Internet-driven worldwide marketing of products. 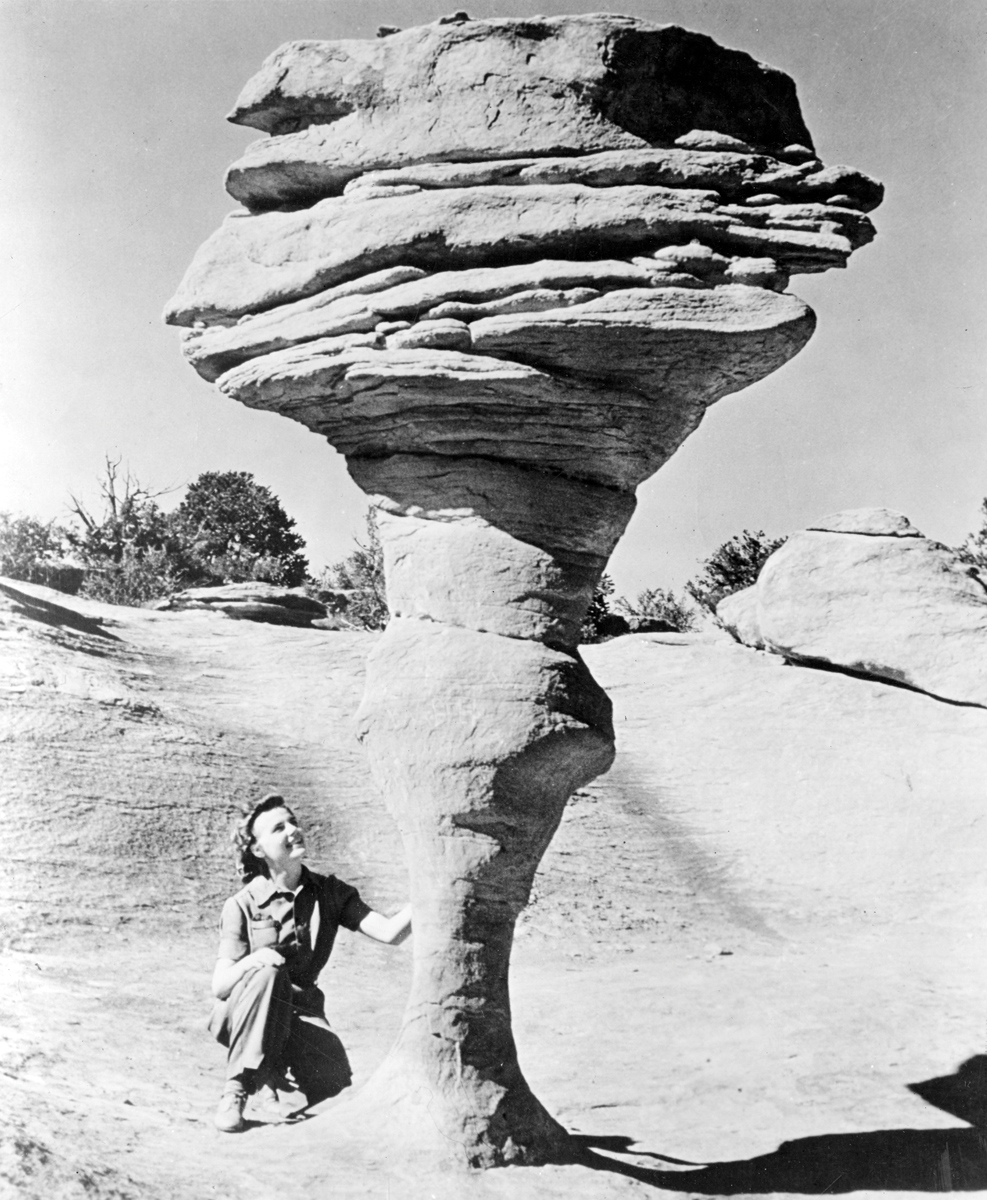 Geovandalism is a recent term and notion that reflects an emerging collective desire to safeguard rare or superlative Earth objects that have cultural, historic, aesthetic, scientific, or spiritual significance.

Specifically, geovandalism is the alteration or ruin of valuable Earth features including landforms, rocks and minerals, fossils, or other geological features due to wanton or malicious conduct, including unauthorized extraction, specimen collection, and sampling for scientific study. Utah has witnessed many instances of geovandalism, in part due to our state’s numerous treasured geological elements. In the first decade and a half of this century there have been varied and notable cases:

A few of these incidents became international news and elevated the word “geovandalism” into the modern English vernacular. In the previous century, before the concept of geovandalism fully arose, Utah lost some magnificent geological resources that have largely been forgotten.

The Goblet of Venus, a gravity-defying rock pedestal near Natural Bridges National Monument, was called “one of the best known landmarks in the state” by Desert Magazine just a year before its fall. In June 1948, the Goblet was destroyed, and despite assistance from federal prosecutors and the Federal Bureau of Investigation, the culprits were never found. The most prevalent story is that a group of youths drove out one night and toppled the five-ton rock using a chain hooked to a jeep. However, a San Juan County newspaper noted a heavy pole, perhaps used to bring down the Goblet, was recovered at the scene of the crime by a park ranger.

Another story claims uranium miners passing by would shoot at the narrow stem until the slender 16-inch diameter base eventually failed. A 1974 Salt Lake Tribune article stated that a tree branch rather than a pole was found at the site, and that two teenagers from Ogden fessed up that they had tried to climb atop the pedestal, knocking it down in the process. Regardless of the method, the destruction of the Goblet troubled Utahns. Substituting for the heartfelt loss a month later, “Atomic Rock” (it was the nuclear age after all) was hailed as the Goblet’s less-elegant replacement in the Salt Lake Telegram article “Atomic Rock Replaces Spilled Goblet.”

Although defining what constitutes a “cherished” Earth item is certainly not without subjectivity, Earth scientists and non-scientists alike commonly agree on what landscapes should be preserved for future generations. Various metrics have been devised to evaluate areas for certain levels of protection.

Global UNESCO Geoparks protect extraordinary areas of natural resources and aim to increase economic benefit such as fostering tourism. Although the U.S. has no global geoparks, our national parks, monuments, and state parks showcase and protect geology and attract millions of visitors each year.

Since 1962 National Natural Landmarks (NNL) in the U.S. have been designated to encourage preservation and appreciation of exceptional examples of American natural history. The four in Utah are Cleveland-Lloyd Dinosaur Quarry in Emery County, Little Rockies in Garfield County, Neffs Canyon Cave in Salt Lake County, and Joshua Tree Natural Area in Washington County. NNLs include both public and private holdings and participation in the program is voluntary.

Closer to home, the concept of geoantiquities (see Survey Notes, v. 33, no. 1, 2001) targets scientifically, educationally, and historically meaningful landforms, such as outstanding Ice Age Lake Bonneville features, that have importance of preservation evaluated by using cultural antiquity conservancy as a framework.

Sometimes geovandalism has spurred the protection and management of remaining geological assets. Timpanogos Cave, for example, was declared a national monument soon after another American Fork Canyon cave, Hansen Cave or “Cave of Buried Rivers,” was cleared out of its speleothems, the delicate cave formations ripped out and hauled off.

Geovandalism can also spur outrage from the public, resulting in calls for increased protection and penalties as the destruction of the Goblet did in 1948, and the toppled goblin in 2013. One of the difficulties in prosecuting for geovandalism is assessing the value of geologic formations, because monetary loss is typically how we measure the severity of a property crime. Rock may not have any immediate commercial value, but is often irreplaceable or irreparable.

Tourists come to Utah in good part to experience our spectacular natural scenery. Tourism is a vital element of the state’s economy, supporting one in ten jobs with direct visitor spending of nearly $8 billion annually. Recently, a Utah legislator proposed a bill—Protection of State Park Resources— that would increase punishment for defilement of state parks’ natural geologic wonders when he found limited legal action to “deal with people who actually destroy geologic formations” and “nothing to put the fear of God in them.” Although the bill did not pass, it indicates laws expressly addressing geovandalism could be in the cards.