By Grant Willis and Kent Brown 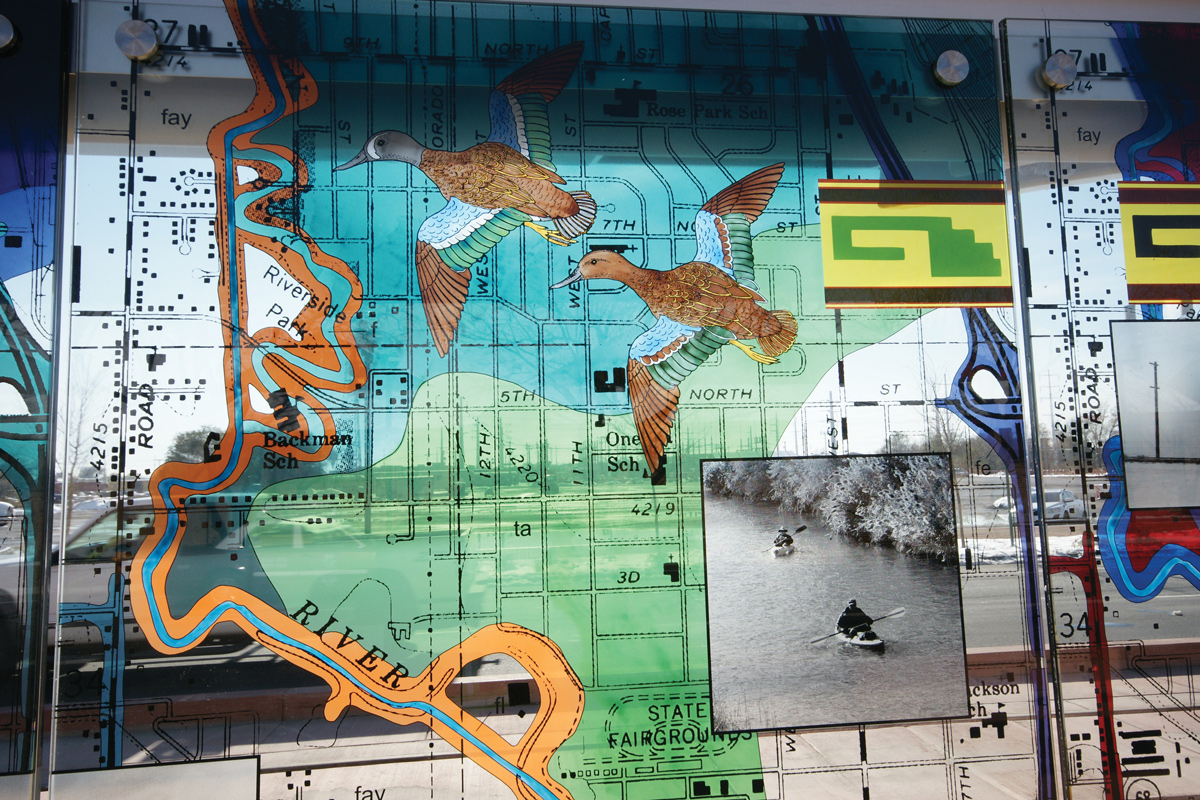 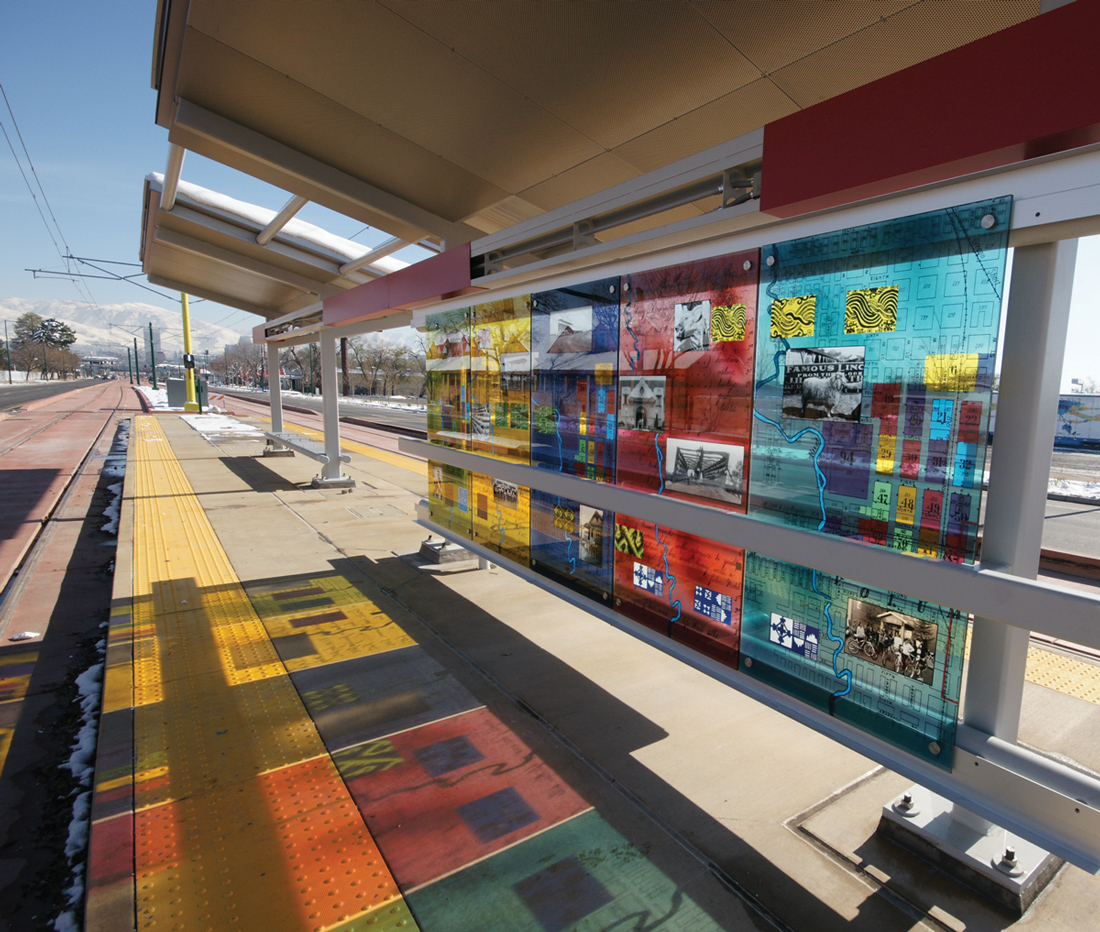 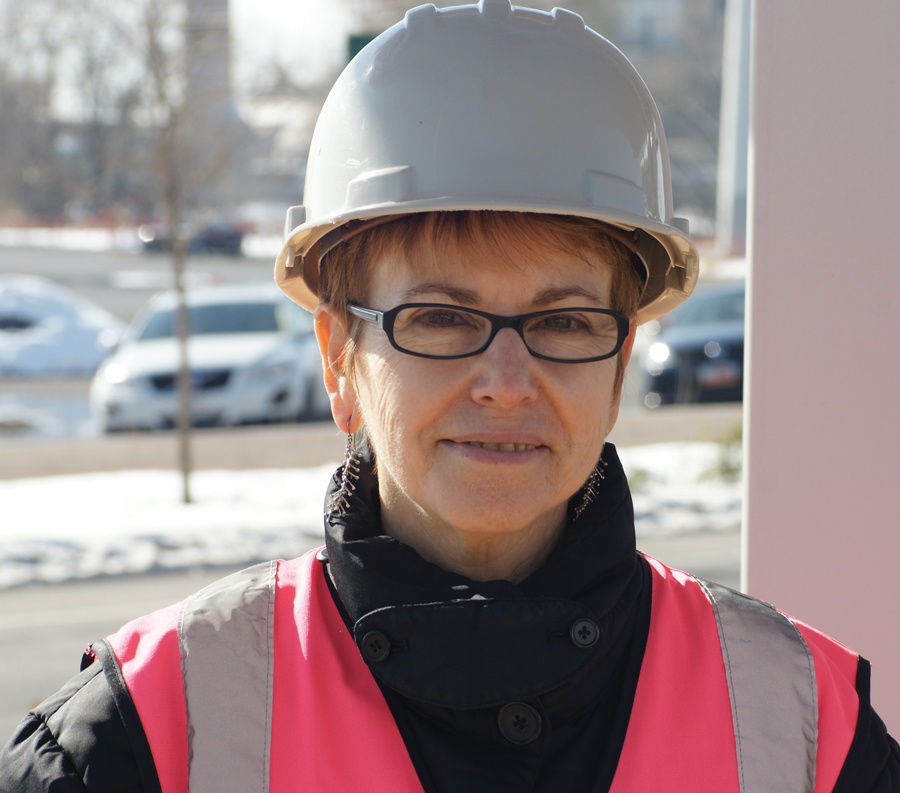 People have long noted that geologic maps have artistic appeal—we have seen geologic maps displayed on walls by non-geologists who just admire the aesthetics. Recently, this appreciation was taken to a new level when a nationally recognized artist used parts of a popular old geologic map of the Salt Lake City North 7.5′ quadrangle (USGS Map I-1404 by Richard Van Horn) as part of a major work of art along the North Temple TRAX line in Salt Lake City.

The artist, Nancy Gutkin O’Neil from New Orleans, describes herself as a “collage artist who works in glass.” She stated, “My designs are research-based and full of information. They often deal with a sense of place.”

Her goal was to unite the geology, geography, history, and local cultural diversity of the State Fair area in a mosaic called “Fairpark Convergence.” “I like geologic maps because they are so beautiful and colorful…these maps (including an historic fire insurance map she used) reveal another way of looking at our natural world and our manmade landscape. They became my primary background for everything else happening in the design.”

She added black and white photographs from the neighborhood and old State Fairs, lively textile patterns from many countries whose people now live in the neighborhood, and Ute and Navajo design motifs to create “a complex woven ‘fabric,’ a good metaphor for life in the Fairpark community.” The artwork, commissioned by the Utah Transit Authority and the Salt Lake City Arts Council, is at the new TRAX Fairpark Station at approximately 1100 West North Temple.