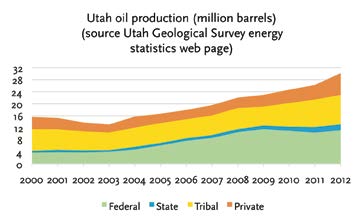 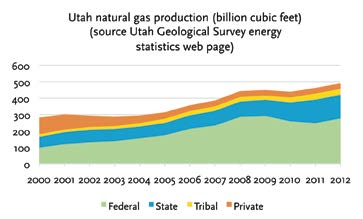 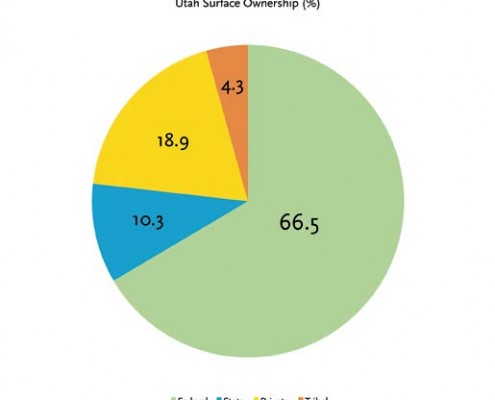 In Utah, ownership of the land with petroleum potential is divided into four major categories: federal, state, tribal, and private. According to a February 2012 Congressional Research Service report, about two-thirds of the state’s surface area is owned by the federal government. The remaining third is split between private, state, and tribal ownership.

For oil production, all ownership categories generally followed an overall decreasing production trend from 2000 to 2003, and then had increases through 2012. However, only federal oil production recorded recent drops in both 2010 and 2011 of about 5 percent each year, but rebounded slightly in 2012. Total Utah oil production has historically been strongly influenced by tribal areas since Utah’s largest fields, Greater Aneth and Altamont-Bluebell, which combined have produced about half of the state’s oil, are found mainly on Navajo and Ute tribal lands, respectively. Whether the amount of oil produced by Utah’s various land owners will ever be proportional with the amount of land held by these owners is unclear, but recently the percentage of oil produced from federal lands has dropped, from a high of 50 percent in 2009 down to 37 percent in 2012.