Glad You Asked: Why Are Natural Resources, Such As Coal, Found In Some Places But Not In Others? 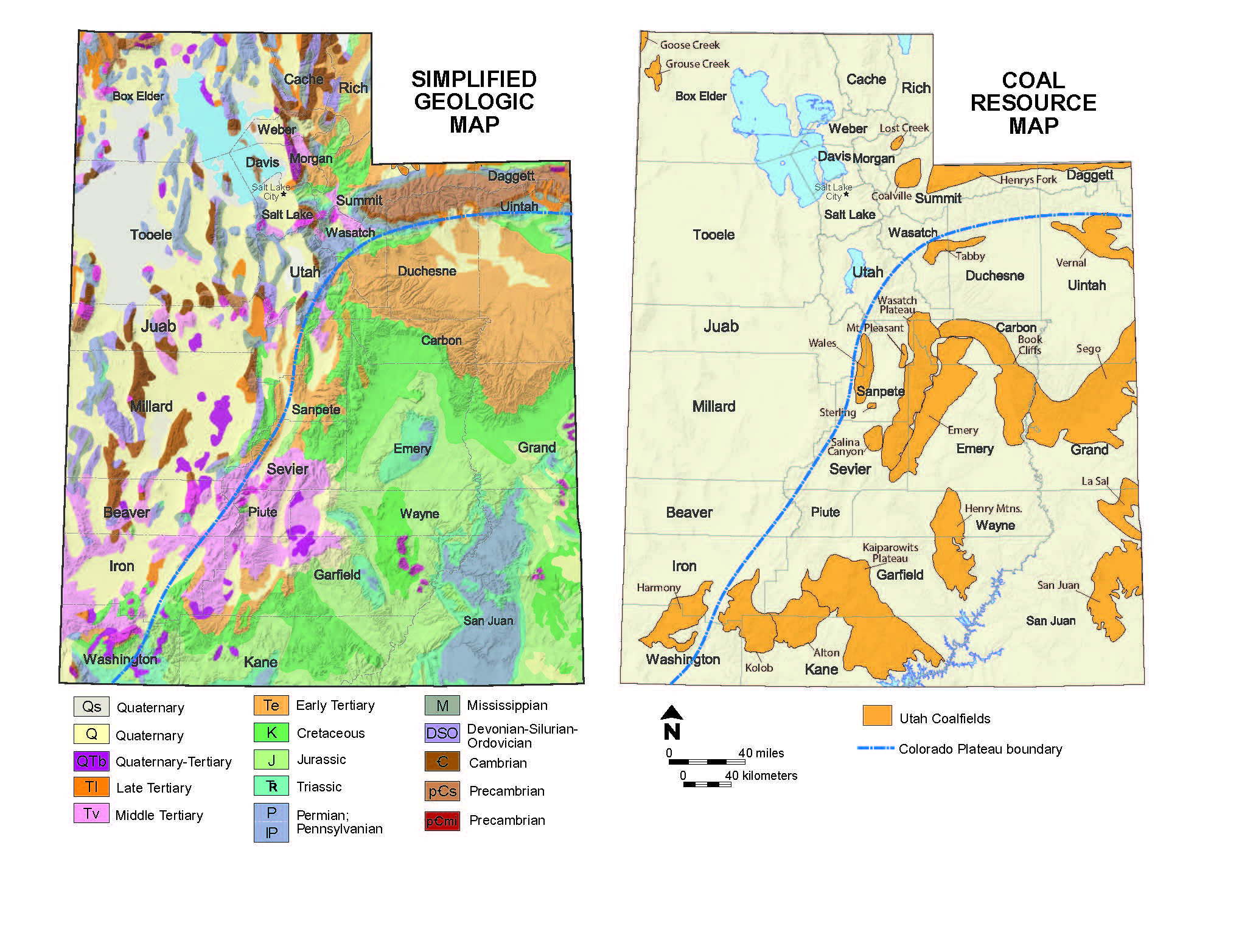 This question is one that comes up regularly and is also a concept that Utah 8th grade students are asked to explore. To answer the question, we’ll use an illustration from the Utah Core Standards for 8th grade.

Students will need to understand two concepts to be able to construct the explanation:

A suggested lesson plan for this standard (see the resource list below) has each student choose a resource that can be found in Utah. The students are given an opportunity to research their resource to determine why it is important to society and how it is formed. Students then compare a resource map with a geologic map and form a hypothesis about how their resource relates to geology. Finally, students do additional research to back up their claims.

As an example, let’s return to the opening question and explore coal and its relationship to geology. By researching, I discover that coal is formed in areas where millions of years ago there were shallow seas in a tropical climate. Lush vegetation grew in swamps around the seas. Over time the plant material was buried under layers of sand and mud. Over millions of years, pressure from the overlying rocks and heat from the Earth changed the plant matter into coal.

I find out that coal is an important energy resource. In the past coal was used to heat homes and run machinery in factories. Today coal is mostly used to generate electricity.

When I compare a coal resource map to a geologic map of Utah, I find that coal deposits are mostly found in the Colorado Plateau. I hypothesize that the Colorado Plateau area must have once had the right climate and conditions to host swamps containing lots of plants and organic material that converted to coal. I also expect to find layers of sandstone and mudstone.

After completing this process, students will understand some relationships between the distribution of resources and the geologic history of Utah.

The Utah Geological Survey (UGS) has many online publications that can be used as teacher resources and to aid student research including maps and booklets. Many of these publications and other resources are highlighted under the “For Teachers” tab on the UGS website (geology.utah.gov). These publications are also available for purchase through the Utah Department of Natural Resources Map & Bookstore: https://www.utahmapstore.com/.