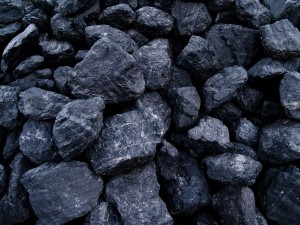 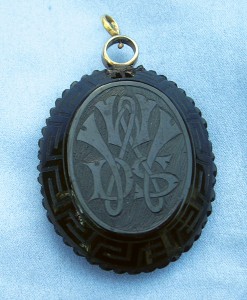 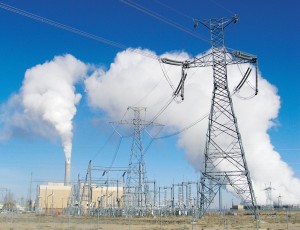 Utah may be famous for its red rock, but the official state rock is coal. I was recently asked by a child, “Do you like coal?” “Yes.” But, it can leave a black mess on your hands and clothes, and if you are naughty at Christmas you might find a lump of it in your stocking. And there are worse associations: “anthrax” is derived from the Greek word for coal (the skin disease causes lesions that are as black as coal), burning high-sulfur coal contributes to acid rain (note that Utah’s coals are low in sulfur), and coal is a major source of mercury pollution (again, Utah’s coals contain relatively low amounts of mercury). So, what are the positive aspects of coal that led it to be designated as Utah’s state rock?

Coal has historical importance in Utah and was mined in the territory as early as the 1850s. By the 1860s mines at Coalville in Summit County supplied coal to Salt Lake City. Historically, coal was used to heat houses and power trains, contributing in a substantial way to Utah’s early growth. The Utah State Legislature designated coal as Utah’s state rock in 1991, long after such uses were commonplace. Despite no longer being commonly used for trains or heating, in 1991 Utah coal mines produced almost 44 BILLION pounds of coal (22 million tons), valued at $795 million (inflation-adjusted). More recently (2013), Utah mines produced roughly 34 billion pounds (17 million tons) of coal, valued at $579 million.

When I talk to groups of school kids, I often find that neither they nor their parents know what coal is used for today. I tell them to look up, because the lights above their heads are likely powered by coal-fired power plants. In Utah, approximately 81 percent of our electricity generation is derived from coal; the rest of Utah’s generation comes from natural gas (15 percent), hydroelectric (1.5 percent), and other sources (2.5 percent). Beyond Utah, coal accounts for 43 percent of U.S. and 41 percent of global electrical production. Another way to look at it, approximately 96 percent of coal mined in Utah is burned to generate electricity. The remaining 4 percent is mainly used by industrial plants, in kilns and furnaces.

The historical significance, usefulness, and economic contributions of coal justified its designation as Utah’s official state rock, but how is it formed and why does this rock burn? Coal is formed of ancient plant matter. Plants (and some algae and bacteria) use the energy of sunlight to convert carbon dioxide in the atmosphere to carbon-based sugars through photosynthesis. Plants then use these sugars to build cellulose or other complex carbon molecules that comprise plant’s leafy and woody matter. When high concentrations of plants die and accumulate in bogs and wetlands with low-oxygen conditions, burial, heat, and pressure can convert plant matter to coal. Coal is the longterm storage vessel of the carbon-based energy of plants. When coal is burned the stored energy is converted to heat, which can be used to turn turbines that create the electrical energy used in our homes and industries.

In addition to being vital for photosynthesis, atmospheric carbon dioxide is also an important greenhouse gas. When carbon dioxide is maintained at a relatively constant level in our atmosphere, it helps moderate our planet’s temperature. However, since the Industrial Revolution, we have been removing large quantities of carbon from storage and transferring it to the atmosphere (Utah’s coal only accounts for 0.2 percent of the nearly 16 TRILLION pounds [8 billion tons] of coal mined globally in 2012). The vast majority of scientists agree that this increasing carbon dioxide in the atmosphere is the largest driver of global warming.

So is Utah’s state rock good, bad, or ugly? The answer certainly depends on who you ask, for coal has elements of good and elements of bad. As for beauty, that is in the eye of the beholder.