Another Tuesday winds down. Enjoy this view of Bear Lake in your outdoor daydream for the day….just don’t let the Bear Lake Monster bite! While it is one of the oldest lakes in North America, Bear Lake is best known for its blue splendor. The water in Bear Lake is pristine, deep, and calcium-carbonate rich, giving it a blue appearance. 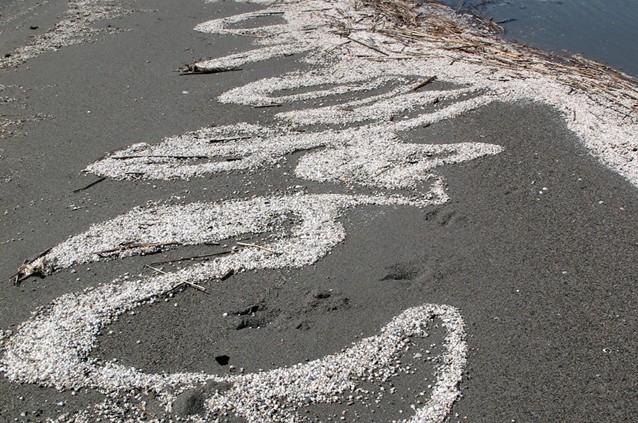 Would you be our Valentine? You geo friends really rock! This sand boil (eruption of liquefied sand) resulted from ground shaking during the 2010 magnitude 4.5 Randolph earthquake, which is one of the smallest earthquakes recorded to generate liquefaction. Bear River, Rich County. We send all of our geo friends good tidings on this Christmas Eve!

It wasn’t The Big One, but Thursday’s earthquake did enough shaking to make northern Utah take notice.

A 4.9 magnitude earthquake hit five miles northeast of Randolph at 5:59 p.m. Thursday, according to the University of Utah Seismograph Stations.

The shaking at the Rich County Sheriff’s Office in Randolph knocked down pictures, but did not generate reports of injuries or damages, said dispatcher Russ Handley.

At the Randolph Sinclair station, there was a loud rumble and some bottles tipped over, said manager Tammy Hoffman.

“It kind of shook people up, but some people who were driving [at the time] didn’t even know it happened,” she said.

A 4.9 is a “light” earthquake, according to Kristine Pankow, associate director of the University of Utah Seismograph Stations. It wouldn’t be enough to knock people over, but people would feel it, she said. However, it was the largest quake since 1992, she said. On average, Utah gets an earthquake of about magnitude 5 every 10 years, but this one waited 18.

“I guess it was just time,” she said.