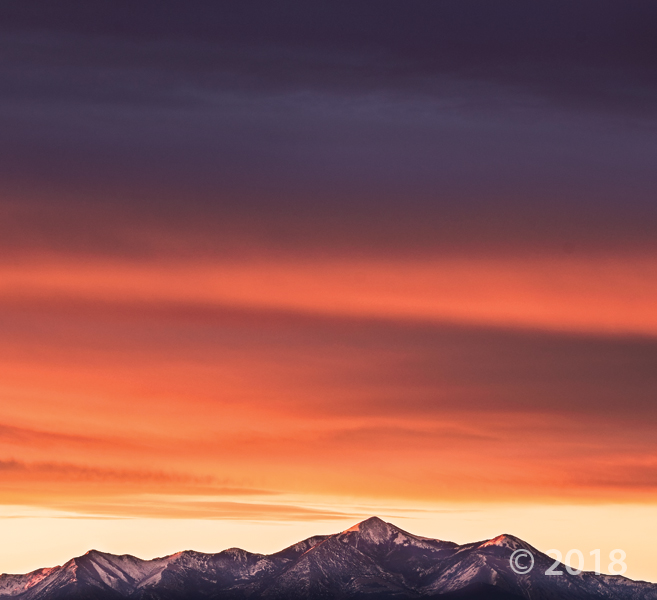 Intrusive laccoliths, formed between 23 and 31 million years ago, rise spectacularly over 6,000 feet above a surrounding structural basin. 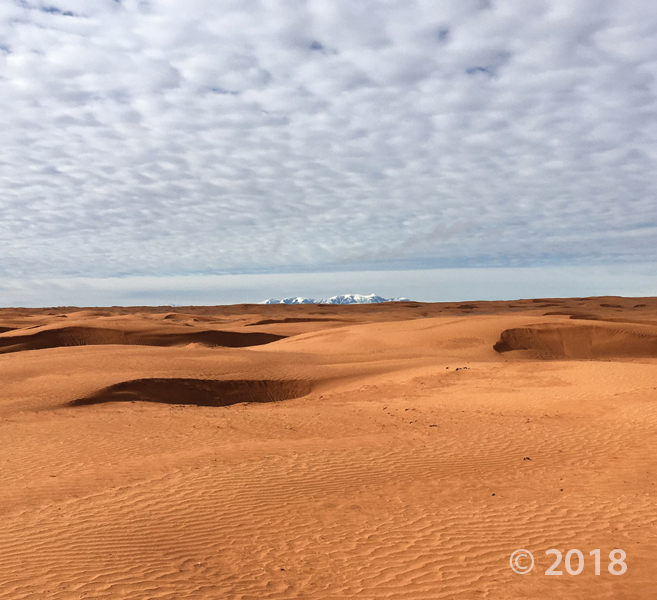 Eolian ripples and dunes composed of sand weathered from Jurassic-age Carmel Formation and Entrada Sandstone provide a sharp contrast to the snowy peaks of the Oligocene-age Henry Mountains laccolith on the horizon. 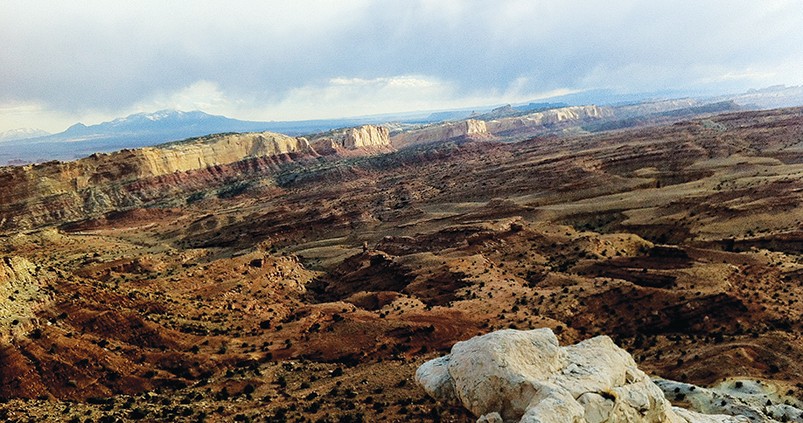 This photo shows another way that ‪#‎UtahGeology‬ can really knock you off of your feet. Don’t forget your sea legs as you look out over the vast sea of geology! Here is a gorgeous photo to the end of another great year. We wish all of our geo friends a safe and wonderful New Year. See you in 2014!

The “dome” character of a laccolith, where the sedimentary rock layers are tilted upward on the mountain flanks, is evident at Mount Ellsworth in the Henry Mountains, Garfield County.

This photo was submitted to us by Dennis Udink. You can see the Henry Mountains viewed through Summerville Formation hills near the Little Wild Horse road (Goblin Valley area in Emery county).

The Henry Mountains were formed around 31 to 25 million years ago when partially molten rock, from the Earth’s interior, forced its way into overlying sedimentary rocks forming huge domes called laccoliths. Subsequent erosion has exposed the igneous rocks which make up the high peaks of the mountains. Mt Ellen is one of Utah’s highest peaks (outside the Uinta Mountains) at 11,522ft.  The domed and arched sedimentary rocks form the flanks of the range.

One of the more notable inhabitants of the range are the Henry Mountains Bison Herd, which wildlife scientists believe to be only one of four free-roaming, genetically pure bison herds in North America.

Great photo Dennis! Remember, you can always submit photos to the Utah Geological Survey at ugssmedia@gmail.com, on Facebook, or on Twitter.