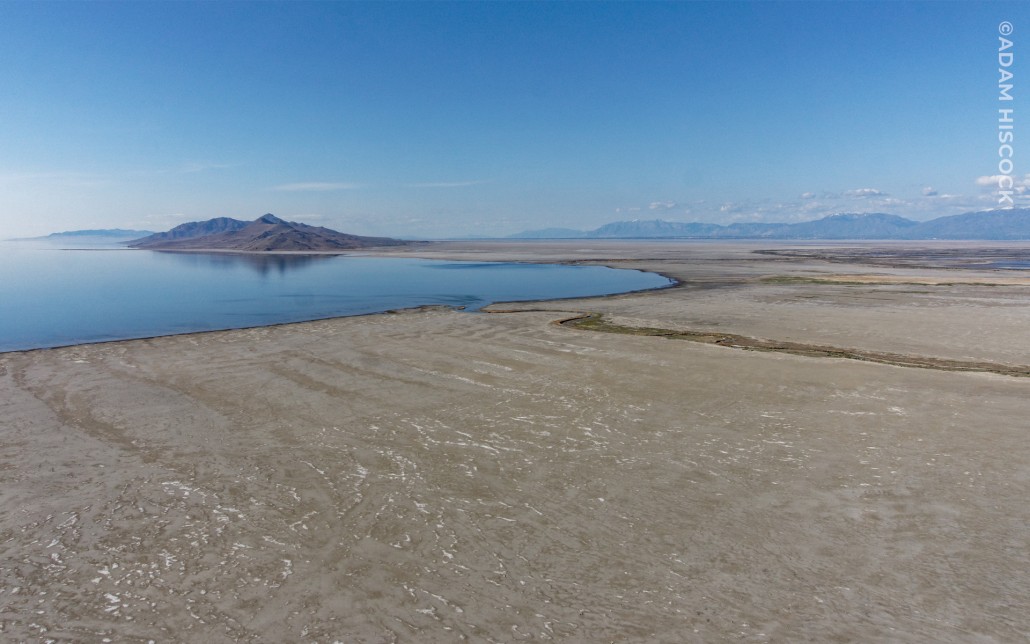 Antelope Island is the largest of about a dozen islands in Great Salt Lake. Numerous
ancient lake shorelines cross the slopes of Antelope Island, recording the rise and fall of
Ice Age Lake Bonneville in late Quaternary time.

Low water levels at the Great Salt Lake are having an impact on industry and the environment.

The shallow waters of Bridger Bay, on the northwestern tip of Antelope Island in the southern arm of hypersaline Great Salt Lake, support extensive microbial carbonate formation, especially in the north-northeast portion of the bay near Egg Island.  Lake levels in the fall of 2014 were near 60-year lows (as low as 1278.1 m [4193.3 ft] AMSL, compared to the near-term historic average of about 1280 m [4200 ft]), giving unprecedented access to the microbial structures.  Characterizing the microbialites of Bridger Bay, including facies delineation and aerial extent, can inform interpretations of similar deposits in the ancient rock record (e.g., Eocene Green River Formation), including potential petroleum reservoirs. Great Salt Lake occupies a large basin formed by horizontal stretching of the Earth’s crust across the region. This stretching produces movement on faults, resulting in uplift of mountain ranges adjacent to the
basins and occasional magnitude 6.5–7.5 earthquakes.

Adam McKean, one of our Geologists here at the Utah Geological Survey, is featured as a guest author on the blog The Traveling Geologist. Check it out!

Urban geologic mapping may sound like a mapping geologist’s nightmare with all the private property, disturbed land, and development rapidly covering up the geology. Despite these difficulties, my experience with it has been exciting and challenging. Why map geology in and near the city? The simple answer is that urban areas need surficial geologic maps to aid in geologic-hazard identification and mitigation. Additionally, a good geologic map provides the basic geologic information needed for further geologic, groundwater, geotechnical, and engineering investigations.